Calgary’s Raleigh know the finer points of pop music, both pastoral and precious, and it’s fully evidenced on their debut long player, New Times in Black and White. Admirers of opulent bedroom pop searching for songs both pretty and melancholy can end their search and sip from this refreshing cup of twee.
The hangdog heroes of New Times in Black and White are Clea Anaïs (vocals, cello), Brock Geiger (guitar, bass) and Matt Doherty (drums), who make wistful chamber pop that conjures acts like Camera Obscura and, yes, Belle & Sebastian. Anaïs and Geiger’s beautiful boy/girl back and forth does call to mind Stuart Murdoch and Isobel Campbell markedly on such breezy and poignant ditties as “Without Wings” and “Drip.” The latter a duet as gentle as gossamer, synthesizing ‘60s pop with folk rock most charmingly.

Charming is an apt characterization for Raleigh’s familiar and fecund patch of blue sky. Some of this album may feel a little fabricated, but such is the precious school that Raleigh attends. Could the entire band be knocked down with a feather? Probably, but tracks like “Murderer” and “Godspeed” stray from the twee template enough to allow Geiger to hone in on a more lo-fi indie rock vibe, while his warm vocals suggest a sighing Sam Beam. Anaïs contributes beautifully to these tracks with her ringing, at times almost eerie, cordial cello playing.

There are a lot of standout moments on New Times in Black and White, least of all the deft and au courant lyrics and subject matter. “Balloon Boy” cleverly recounts the Heene family’s 2009 runaway balloon/helium hoax pot-boiler while album opener “Tunnel Vision” instantly enchants with Geiger’s sweet intonation: “You move on me like a centipede.” It’s a stirring avail that is matched time and again on this delicious debut. 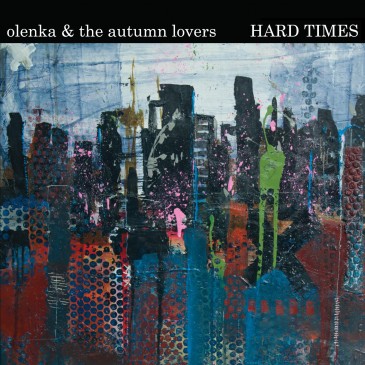