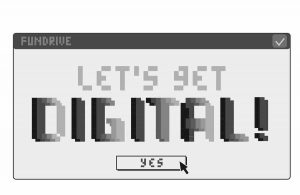 Everyone has their own story of how their relationship with CiTR or Discorder began. My story starts in February of 2013, when I signed up to volunteer for Fundrive, the annual week-long fundraiser where CiTR and Discorder volunteers, programmers, and staff come together to raise money for the station.

At this point, the organization was still a mystery to me. I had no idea about all that went on at the station, I didn’t understand the relationship between CiTR and Discorder, and I was completely oblivious of the importance of both to Vancouver’s local arts and music scene. Despite this, I remember being impressed and intrigued by the energy in the station and the way so many people were working together to ensure Fundrive’s success. By the time I left the Fundrive Finale party at the end of the week, I was hooked. I had met a slew of other rad volunteers, saw my first Gal Gracen performance, drooled over the fancy silent auction prizes, and experienced the excitement of reaching a fundraising goal. Though CiTR was still a mystery in many ways, it was a mystery I wanted to be a part of.

Fast forward two years and Fundrive is upon us once again. This year’s theme is “Let’s get digital” and the money raised will go towards two projects: the digitization of CiTR’s collection of historic reel-to-reels, and the creation of a new website that will integrate and highlight CiTR and Discorder content from the past and present. Together with the completion of the digitization of Discorder’s archives later this month, these projects will make the history of CiTR and Discorder accessible like never before.

One of the things that makes these projects so exciting is how they will expose people to the impact that CiTR and Discorder have had on Vancouver. “If it’s not online, it didn’t happen,” says CiTR alumni Susanne Tabata. As the filmmaker behind Bloodied But Unbowed, a history of Vancouver’s punk music scene, Tabata is aware of the work involved with scouring archives to tell a story about Vancouver’s past. Tabata believes that the digitization of all the historical archives is important to anyone interested in Vancouver. “It [will provide] cultural reference points for writers, journalists, musicians, historians, designers, artists, you name it.” 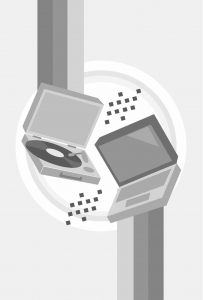 As someone who continues to be baffled and blown away by the history of CiTR and Discorder, Tabata’s words feel incredibly relevant. History provides perspective and with perspective comes a new appreciation for all that we have now. As the current president of CiTR’s Student Executive, learning this history has provided me with incredible gratitude for those who advocated for CiTR and Discorder in the past. Without their support, who knows where we would be now?

To Randy Iwata, CiTR alumni and co-founder of Vancouver’s Mint Records, it is important to acknowledge the weight that the reels themselves hold: “Because most people didn’t make records of that time, there’s not much else that exists. The onus, the responsibility, the pressure is on [CiTR], to have recorded this period in time. The fact that the reels have been saved for so long is incredible. All of the reels, all of the print that Discorder produced, it’s part of the cultural fabric of Vancouver. [CiTR] needs to take advantage of the fact that they exist.”

Now, it might go without saying that the tradition of capturing and preserving moments in Vancouver’s music, arts, and political landscape continues to happen today. What has changed though is the volume and nature of media and information we can access daily through our computers, phones, tablets, or whichever gadget is most popular — all of which have effectively transformed the meaning of radio and print media.

For former CiTR program manager and current programmer Bill Mullan, this gives particular importance to the creation of a new website. 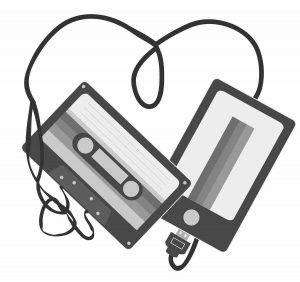 “The notion of integrating Discorder and CiTR, the radio and the print, online, that’s a natural fusing of media,” explains Mullan. “What I particularly like about [the website] is that I think it will pull the station together; it will take all the strands going out in different directions and bring them to a common platform. It will be easier for people to know what everyone else is up to.”

Considering the projects that this year’s Fundrive will support, along with CiTR and Discorder moving — for the first time in over 45 years — into a station in the new Students’ Union Building, it seems more important than ever to let people know what we’re up to so they can join in.

And so, please consider this a personal invitation to come take part in this year’s Fundrive, one of my favourite times of the year. Whether it be through volunteering at the station, donating to receive rad swag like a CiTR cassette tape featuring notable recordings from the past (thanks, archives!), or raging at the Fundrive Finale, history shows that you’re going to have a good time.

Fundrive takes place from February 26 to March 6, ending with the Fundrive Finale at Pat’s Pub on March 6.