Art Signified’s two-year anniversary drove the message loud and crystal clear: rock ‘n’ roll, loosely put, is still roaring in Vancouver. The spectrum of genres gave off a comforting festival vibe, and I knew instantly that anyone attending was sure to find something to their liking. The evening was full of seasoned favourites, working with different directions and combinations of musicians; part of this success can be attributed to the venue, Studio East, with relaxed staff both inside and outside and so much space. Art Signified also produced an art and photography show before the live music and the area remained a quieter spot for conversations and merchandise.

Dead Again, this is THE SHOES, Redrick Sultan, and Cassette Merchant highlighted the prompt 20-minute acts that spanned over six hours on the Friday. Dead Again’s deep slow rolling doom bass riffs made for a well-built up set. Cassette Merchant was an eclectic two-piece with some serious Secret Chiefs 3 influence. At times, strange time signatures can be inaccessible, but Stephen Lyons’ drumming kept Adam Flood’s saz at a level where people were moving and dancing. Adam Flood’s electric saz perfectly warmed up the crowd for Redrick Sultan’s smooth set with nothing but beautiful nuances with soft jazz drumming in between songs.

Moments of bittersweet chemistry flooded the crowd with this is THE SHOES’ last performance ever as Jereme Collette and Sabrina Robson injected unforgettable energy into southern rock and dirty blues. Their set was quickly rebounded by the abrasive, gritty stoner metal of HASHTEROID; I only wished they had the raised stage because I love watching them lay into their riffage.

After a ten-minute break before the last act, our heart rates settled a little, and the anticipation was palpable for the fantastic Johnny de Courcy. His sultry body language drew everyone’s attention and no one retreated from their spot the entire time he played. The set was balanced with tunes from his three albums. His entire performance drove the message: it’s absolutely fucking awesome to be a weirdo. His well known guitar prowess was blown to the next level with the most gentle, loving crowdsurf I’ve seen.

When I attended on Saturday, it was almost funny to see Art Signified solving the minuscule issues I noticed on the Friday night. A large fan was placed strategically to relieve the heat buildup of the floor-level stage. The beer was consistently cold, and there was more of it. Any static and microphone issues appeared to be addressed.

Man Your Horse’s performance rolled through a drum heavy jam, acting as the calm before the storm. Tension built as the evening shifted down into an epic, grinding rise toward various heavy genres. Astrakhan had heavy melodic power with excellent looming stoner/doom instrumentals balanced with clear dual vocals.

Almost in contention with the awesome rage performance by all members, Waingro’s happiness flowed through onstage for a full audience. Everyone was moving with them, their rock and stoner themes made their expression accessible. Their prominent snare drum lines and incredible guitar solos came together in a balanced act.

BRASS was in their element on the floor stage. A full, elevated, gleeful mosh pit thrived with Devon Motz’s flailing and BRASS’ barging punk riffs. It became especially clear to me during BRASS that a rare relationship was occurring between them and the crowd, as if they were playing for 400 of their best friends. (That’s because they were.)

Punk heavyweights WTCHDR slammed into the show with a warmly welcomed, “GET FUCKED.” Fans were informed to bring their best Braveheart impressions because the band had a surprise. And so, many blow-up battleaxes were dumped on us. They played an extensive set with awesome clarity. Their rapid transitions in rhythm had me hooked.

The contrast between related, yet distinctly different genres is always elevating to witness in rapid efficiency, which is exactly what Art Signified created. The show was 100 per cent artist oriented, with 100 per cent of the profits going to the bands. Disregarding performance, popularity, and genre politics and focusing on quality has brought together a remarkable community and will undoubtedly continue to do so under the approach of Mitch Ray and Taya Fraser. 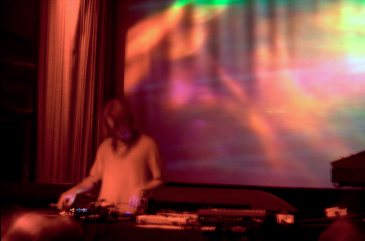