Review By Mya B 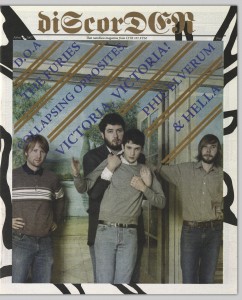 Tic Tac Heart tingles the ears with a bubbly pop sensation that’s more fuzzy fizz than sickly sweet. The newly formed trio currently likes to keep its songwriting in the family:─Suzy Junior, Adam Sabla and Katy Major are sister, brother and girlfriend respectively. Adam and Katy are also no strangers to the Vancouver music machine, having freshly formed Junior Major as a phoenix from the ashes of the recently defunct Philharmonic. The band’s debut EP overflows with hepped-up rock ‘n’ roll, sharing an uncanny and unintentional likeness to 2003’s next-big-thing the Dirtmitts, and a slightly intentional homage to now-big-thing Yeah Yeah Yeahs. You may also detect a hint of Veruca Salt and a splash of Kim Deal in the disc’s opener “Dirty Birds”.

Junior Major may never hit it big (but maybe they’ll be huge, who knows what the gods have in mind these days), but I guarantee you will want to see them now, while they’re fresh, fabulous, and fun. Lead guitar player Katy’s history of stage fright aside, the band plays frequently and ferociously. Find ‘em.