Ahhh… February. Shortest month of the year, but for some strange reason it takes friggin’ forever to get through. So to make the days pretend to move faster, I’ve decided to declare myself mayor of Purge City. Out with the old, in with the new, as they say. Thank goodness for new tuneage, and a surprisingly good batch at that. Ironically tho’, we begin with a nod to the roots, “keeping it real, like Rita MacNeil” as the kids would say. 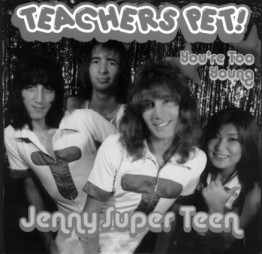 Now JERRY MCCAIN AND HIS UPSTARTS are about as old skool as they come with both songs represented on this Norton Records 45 (“Geronimo Rock And Roll”/”Choo Choo Rock”) sounding like they were recorded in some dilapidated shack, one mic hanging from the roof, the air ripe with the smell of moonshine and cigarettes—crude but effective in demonstrating what rhythm and blues meant to rock in 1955! One in a series of five jukebox jewels, collect ‘em all. (Norton Records, PO Box 646, Cooper Station, New York, NY 10276-0646 USA)
Soul music also had its impact on rock and roll (or vice versa depending upon which side of the fence you sit), and THE HARD FEELINGS pay homage to two of its unsung heroes on their latest waxing. A punked-up romp through Nathaniel Mayer’s “Leave Me Alone” (also the genius behind the oft-covered “Village Of Love”), sees the three-piece tear up the dance floor, reminiscent of The Oblivians’ best stuff, and the flip, a tearjerker from Solomon Burke has some fuzz-filled guitar strut to help you catch your breath afterwards. (Gearhead Records, PO Box 421219, San Francisco, CA 94142 USA)
Pick of the litter this go-round is a split release that has actually been out for almost two years, but only somehow managed to hit the shelves until a few weeks ago. I guess that’s small labels for ya—can’t always guarantee speedy delivery. But what it does deliver is some damn fine garage grooves from THE FORTY-FIVES (out of Atlanta, GA), with the sure-fire hit “My Kind Of Girl,” a mover ‘n’ shaker of stellar proportions, and a boss rendition of The Benders’ ‘60s nugget “Can’t Tame Me” as performed by The Everyday Sinners (from Missoula, Montana). Indeed, as the Sinners plow through this bluesy beat number, you can’t help but feel the immediate need to put the pedal down and go, baby, go! (Corn Daddy Records, no address given.) 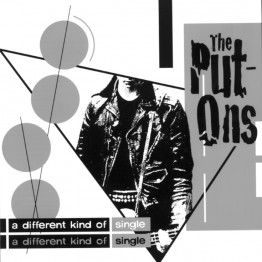 A different kind of single (both figuratively and literally) from THE PUT-ONS offers a nod to English power-pop (the Buzzcocks references are rampant), but my first reaction was how closely they sounded like Victoria’s defunct Bum, particularly on the first cut, “Wonderful Man.” The other three are rough-around-the-edges, yet catchy, mid-tempo numbers of which the Garden City crew would have been all too proud. (Unity Squad Records, PO Box 1235 Huntington Beach, CA 92647 USA) 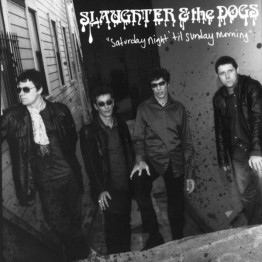 Imagine my surprise as my girlfriend yanked this next gem from outta the bins, and as we both stared at the folks on the cover, we concluded that it undoubtedly takes a considerable amount of courage to look like Sweet as we enter the year 2002. But for TEACHER’S PET from San Diego, it might as well be 1975; these guys and gal have the gift of glam on their three song 7″. “Jenny Super Teen,” “Pom Pom Girls,” and “You’re Too Young” are chock full of sprightly vocals, handclaps and snazzy band outfits! (Flapping Jet Records, 3639 Midway Drive #271, San Diego, CA 92110 USA)
Got to give credit to THE CLASS ASSASSINS for being able to punk up a hippie protest song (“One Tin Soldier”), but the better song is the original “No Justice, No Peace,” a gritty, snarling, politically charged number that pulls no punches. Riot music for riot people. (Insurgence Records, 2 Bloor St. W. #100-184, Toronto, ON M4W 3E2)
And finally, ladies and gentlemen, I give you SLAUGHTER AND THE DOGS. Now these guys have aged well, it appears on their newest offering, and for long time fans of this legendary punk rock combo, age belies trading in their spikes and studs for shades and neckerchiefs, but also a steadier hand at writing swaggering anthems to late night carousing on “Saturday Night ‘Til Sunday Morning.” The B-side is just all right, an average run through The Kasenetz-Katz Super Circus’ (gotta love that band name!) “Quick Joey Small,” but small potatoes, my dear readers. As they say in the Valley, “I’m outie!” • 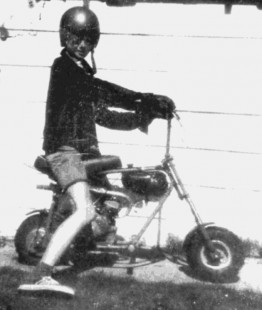