Leading up to the screening, I found myself mulling over this very question: what is punk? To me, punk was discovering The Ramones or The Clash and blasting music in my bedroom ignoring the knocks on the door from my parents telling me to turn down the volume. The word has taken on a variety of meanings over time, from use as a derogatory insult to describing a movement in rock music. As time passes, punk (both the adjective and noun) has continued to redefine itself. VIVO’s screening sought to explore what it meant to be (a) punk in today’s landscape, and it was clear that submissions tackled this question from unique angles.

To start off the screening was Garbage Conglomerate & Trash Talk: Eva from Jen O’Connor. At the heart of this piece was the attempt to open up the conversation around waste in our community, and specifically whether or not sustainable practices are accessible to everyone. Encouraging a dialogue that interacted with the performance space was an approach that was well executed.

The Day Job from Christian Nicolay embraced counterculture in a subtle way, by hiding art in clocks, breakers, ceiling tiles, and artwork from other artists. This silent rebellion left me wondering long after the screening was over whether or not anyone has ever found his pieces.

Sydney Southam’s Stoner, a dream-like piece shot on a small toy camera, was a portrait of a man smoking pot and discussing issues he has to deal with daily. Most striking about this piece was the dialogue — the subjects discussed daily anxieties and the internet which was presented in robotic speech-to-text voices.

Pool Party Pilot Episode from Hardeep Pandhal felt like a bit of a science fiction fever dream, with vibrant colours and imagery set in a post-apocalyptic world where female bodies reproduce non-sexually. To complement the visual stimulation was a soothing sing-song narrative beat, riddled with rhymes.

True Community from Tracey Vath highlighted the work that goes into keeping DIY spaces (in this case, Toast Collective) alive. Seeing Vath prepare for another show and grapple with the burden of responsibility and feeling unsupported, I thought of all the times I have seen others struggle to keep a club, space, or collective afloat.

Roberto Santaguida’s Miraslava was beautifully shot and embodied feelings of nostalgia, from reflecting on an unmade work to grappling with living life in your twenties. “I think I’ll move to Toronto,” says the narrator, half-jokingly, as he reflects on feeling disillusioned by his surroundings. This line feels all too familiar.

To close the evening was In Search of Martin Klein from Joseph Wilcox. Peppered with satire throughout, this piece highlighted our obsession with trying to solve a puzzle but getting lost in the details along the way. Starting out curious with a hint of rationality and slowly devolving into that of conspiracy, Wilcox asked us where to draw the line.

The evening began with a quote: “Living on the edge, working on the edge, dealing with everyone else who is on the edge — so that people who live on the edge can survive.” By the time I left my seat in the multipurpose space at VIVO Media Arts Centre, I wasn’t sure that I had a specific answer to what (a) punk means today. However, I realized that this was because it is continually redefined in different contexts, and that challenging the norm from any perspective, like all these works were able to do, makes space for those on the edge. 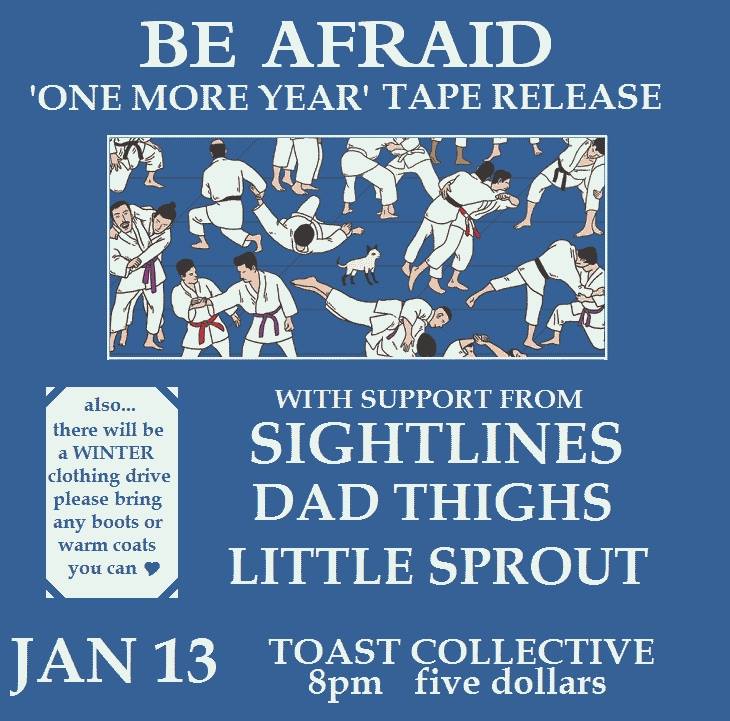