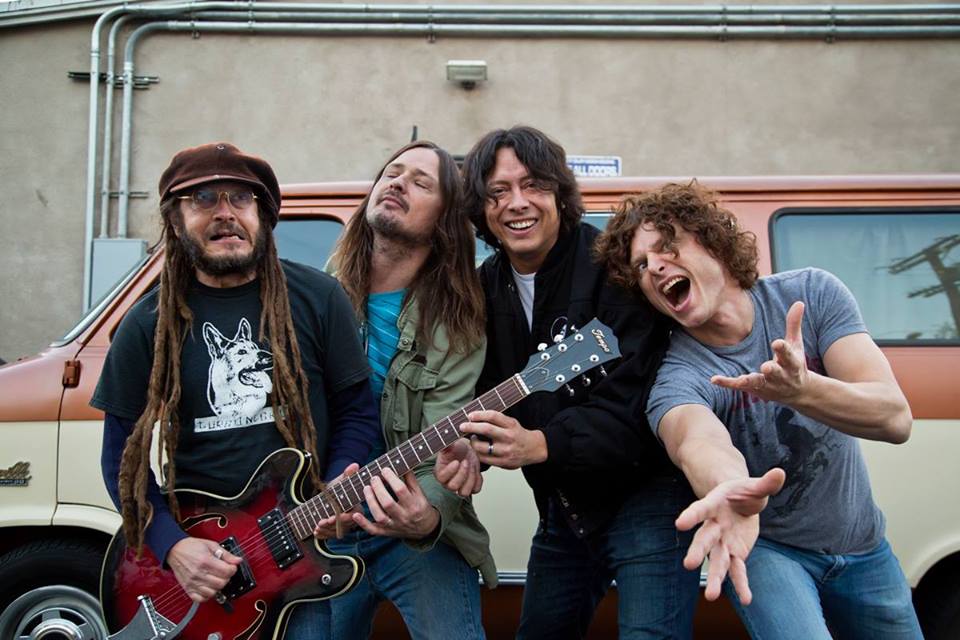 Crust punks, gutter punks, fashion punks, has-been punks, older punks who never stopped being punks: punks of every kind crowded into the Rickshaw on November 18. The mosh pit was plenty full of leather jackets, one person wearing a paper bag on their head the whole time, and, as no Vancouver punk show of this caliber would be complete without him, Joey Shithead from D.O.A.

Glad Rags took a few minutes to get started after they hit the stage, but once the band got going, they played a fiery set of songs reminiscent of late ‘70s three or four chord punk and proto-hardcore. Their set was comprised of their debut album SMILE, and the songs hit hard. The drummer substituted the floor tom for the hi-hat, creating a thumping, lively heartbeat to their songs as the guitars crunched, the bass fuzzed, and the singers shouted with fervor.

Once lié stepped into place, the stage lights went red, creating the perfect setting for the post-punk thrill that was about to happen next. The band began with “Pride,” which started with a dark bounding from the rhythm section and erupted into a violent, powerful detonation of a chorus that instantly got the crowd bouncing into each other. The band has taken a lead from Steve Albini before, to fight obscenity with obscenity, and this night was no different: guitarist Ashlee Luk sported a shirt that read, “Trump is my sex slave,” which complemented the calm intensity that the band emanated onstage. The entire set was equally jaw-dropping and captivating: the lightning-fast guitar and bass riffs coupled with the howling chants in the song, “Failed Visions,” proved lié is a force to be reckoned with. Be sure to check out lié’s latest album Truth or Consequences, released earlier this year on Monofonus Press.

For a hardcore punk legend, Keith Morris – seminal member of Black Flag and Circle Jerks – is 61 years young, but that didn’t stop him from screaming bloody murder for well over an hour. While on a promotional tour for his autobiography My Damage, Morris’ hardcore punk supergroup OFF! decided to tag along. Of course, Morris read an excerpt from his book during the set, and revealed that “the seeds for Black Flag were planted at a Journey concert,” as all of Black Flag’s founding members were in attendance. Oh, and Thin Lizzy was on the bill too.

As he continued reading, the band sat back in boredom before cutting him off to keep playing. Naturally, Morris flipped his own band the bird, and unleashed a string of expletives that’d make your foul-mouthed uncle blush. The band looked like they were having more fun than the audience, to be honest. Guitarist Dimitri Coats and bassist Steven McDonald were smiling, laughing and flailing on stage as they ripped through song after song (each barely ever longer than two minutes) on a set list that was over three pages long, about half as tall as Morris, himself. And in true punk fashion, Morris flipped off the audience when they pleaded for an encore.