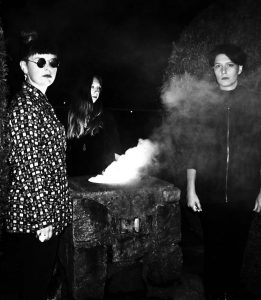 “I like to be a bit tongue-in-cheek as opposed to taking a direct approach. To look at something from the other side — there are some lyrics which are overtly rape sympathizing — these lyrics themselves come off as sympathizing with rapists, but you embody it. Somebody is more likely to see it from that angle and be like ‘Woah, woah. That’s so fucking absurd, why would you say that?'” Ashlee Luk, guitarist and co-lyricist of Vancouver-based Lié, possesses the calm intensity one would expect from a member of the post-punk outfit — not because the band plays calm music, but because it reveals a sensed precision heard in their music.

Emulating the most degenerate and perverse is a technique used with great effectiveness by Steve Albini. Brittany West, Lié’s lead singer, bassist, and co-lyricist, mentions him as soon as Luk starts talking about the band’s lyrical experimentation. Like Albini’s, Lié’s songwriting is dark and shouted out over tense, caustic guitar riffs. “You embody a character, you sing about these topics, but you obviously don’t believe them or follow them. You’re making a commentary on it.”

Luk elaborates, reciting lyrics from an upcoming Lié track, “Sorry,” without pitch or expression: “That girl was sick / that girl was weak / you had to get her on her knees.” The song will be released mid-December on their newest album Consent, through Austin-based That’s Cool Records.

Since coming together in 2012, Lié have released a self-titled cassette, a demo, and one full-length album, Master. Their sound is cold, gothic punk with forlorn vocals (ranging from acerbic screams/melancholic shouting) and heavy drumming — though the band describes their upcoming album as markedly different from their other recorded stuff. According to Luk, fans can expect it to be, “faster, [and] more aggressive.”

Aside from the releases, Lié have also toured extensively, from across Europe to up and down the West Coast. (They even crack a joke about an upcoming Japanese tour.) As out of reach as it may seem, Lié shows no sign of slowing down. “I love every experience and seeing every colour,” says Lié’s drummer, Kati J, who inconspicuously sips wine from a thermus for much of the interview. They describe breaking up a drunken pit fight while opening for Perfect Pussy in a storage space in Arizona; they recount renting out studio space and spending a day silk-screening while on tour in France; they talk SXSW and bands like Transylvania, Diat, Puff!, and Bleak Seven, who came out and supported them while they were touring Europe this summer.

While Lié’s lyrics offer commentary, the band tries not to be overtly political in their lyrics, finding that politically-charged writing limits interpretation on the part of the listener. Luk explains: “Going forward, I’m working on trying to write and connect it with art a little bit more rather than it being as personal. More surrealist.” 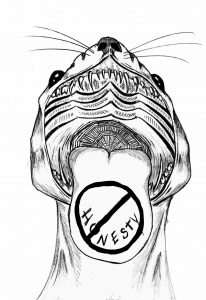 Being a female-fronted band tends to be the master identifier/status for many female bands. “More than a few times we’ve been put on bills that are like ‘all-female bills’ but we’re playing with a bunch of poppy bands,” says Luk. “That’s one of my big irritancies: I don’t like the term ‘female punk band.’”

“It’s homogenizing,” adds West. The band’s frustrations aren’t towards the organizers that put on these kind of shows, but generalizing genres, styles, and content of female-fronted punk bands.

The paradox to the label`s whitewashing is that the kind of spaces that typically promote female-fronted punk bands tend to be safe, collectivized spaces. Here’s an example: Lié talks about a recurring situation they’ve encountered on tour where a guitarist might come up to them after their set and explain how they wish they could be in a band but don’t know anybody, and then they’ll have a drummer come up to them some time later and explain the same thing. Next thing you know, the band’s introduced the two musicians, and a new creative project is formed. 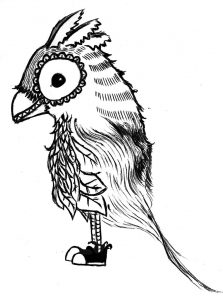 Lié prioritizes booking spaces, locally and on tour, for those who feel marginalized and often become docile bodies at punk shows. Safe spaces found at DIY venues, art galleries, house shows. These are the spaces that give an opportunity for people to build community and start projects.

Lié’s performances in these collective spaces mediate other forms of interactions as well. While touring — once in Europe and once in the US — a transgender individual approached Lié after their set to ask about the scene in Vancouver. “They wanted to talk about the scenes we came from. They wanted to either get away from the scene they were in because they’re not accepted where they were or they’re just curious because in their community they’re one of a small minority,” explains West. “So being in a place that provides a space for people to come and have a dialogue with bands from out of town and people who might have shared similar experience — to have a platform for them to ask questions.”

Lié’s next show will be on November 21 at The Black Lab, where they’ll be joined by Infidel and Lost Tribe. 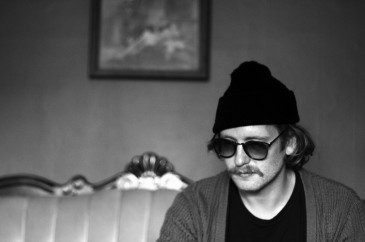 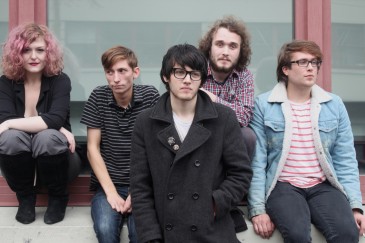