Carrying a dark intensity that mirrors the complexion of her self-released singles, Vi’s latest work, blackwater, carves itself a place in an accusingly poignant wasteland of failed love.

A striking contrast to the fluffiness of a typical pop song, “blackwater” — the eponymous song of the EP — transcribes into sound the faults of a past manipulative lover “[Who was] an anchor / Pulling [them] deep down into,” a corruption eloquently described by the obscure titular term, ‘blackwater.’ While the song’s subject matter is certainly not the most original in its characterization of a high-risk smooth-operator who masquerades passion, “blackwater” distinguishes itself through its unique intertwining of musical elements. Spanning a diverse range, the song ultimately manifests an impressively well-rounded sound with a captivating flow.

A voice, smoky with obscured passion, smoothly fluctuates to accompany haunting instrumentals in the ethereally brooding wonder that is “blackwater.” Leading in with a dreamily detached tone that gradually gains character through Vi’s soulful vocals, the poignant chorus wilfully submerges the listener into an affecting mixture of melody and bass. By the end, the listener finds themself leisurely traversing a canal of sound that gives off the illusion of turbulence, which stands contrary to the tranquil balance that lends the song power.

blackwater is what you would listen to alone in a room lit subtly with the shadows of faceless people, as their silhouettes sway against the walls in time with the bass and you close your eyes, letting the idealistic resonance engulf you. Sustained by a slow tempo, it’s full of small bits and pieces that don’t particularly stand out on their own — but when meshed together, manufacture a sound that is singular. 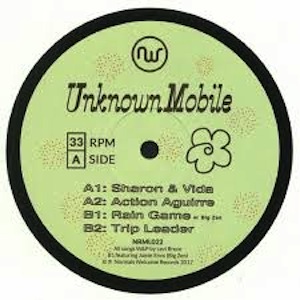