After your first listen of Seth Kay’s debut album, Attention, you could be forgiven for thinking that the Vancouver artist has at least a dozen releases under his belt. Though it may be his first album, Seth executes this project with a certain level of confidence and sophistication often absent in Vancouver hip hop. Clocking in at a fitting 35 minutes, Attention is an auditory vessel that fuses elements of hip hop, R&B and dancehall, held together by a cohesive set of comforting and moody instrumentals.

It is remarkably effortless to glide through the entire project in one sitting. The listener is never jolted by any tacky beat changes or overwhelmed by a roster of unnecessary and scattered guest features. In fact, the features of Zoey Dollaz and SIDE flow so well with the hypnotic foundation of the album that they go almost unnoticed.

As a result of this trance-like glide, Seth Kay’s vocals lead the way. Attention relies on Kay’s haunting and catchy hooks. Not to detract from his rapping skills, as he demonstrates his talent of integrating clever bars and diverse flows, but his R&B-inspired hooks on this project, such as on “Nobody New” and “Mine,” prove captivating.

The glue that holds together the LP, however, remains the instrumentals, and fortunately, they also deliver. The beats are booming yet subtle, and they are generally ambiguous enough to fit Kay’s versatile style. The two standouts have to be “No. 5 Orange” and “6 AM.” The artist evidently recognized this fact, as they were both released as singles. “6 AM” starts with mesmerizing strings, continues to drift with bouncy hi-hats and snares, and concludes with the captivating intro melody fading out into silence. It also features an incredibly suave and dark hook, cementing it as the album’s strongest track.

Repping his city with pride, Kay delivers one of the most cohesive and memorable albums to emerge from Vancouver’s hip hop scene over the past few years. Though he could benefit from some more lyrical variety, at this rate, he is poised to continue delivering rich and magnetic music in the years to come. 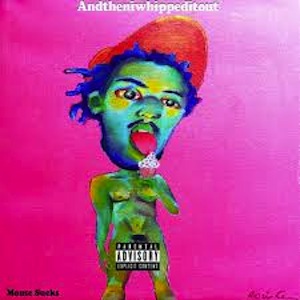