The hook of “Matthew in the Middle” finds featured singer Daniel Caesar musing over the pains of class struggle, asking himself, “Is this Heaven or suburbia?” These simple lines best encapsulate the concepts behind Toronto-based rapper and producer Sean Leon’s I Think You’ve Gone Mad (Or the Sins of the Father), the highly-anticipated first instalment of his Black Sheep Nirvana trilogy. On this album Leon mixes the personal with the social, weaving together motifs of family, economic tension and racial struggle atop spacey and trap-influenced production. As a result, it is a release both uniquely off-centre and powerfully inviting.

Leon achieves these results through rapping with intensity. In several songs he layers his naturally passionate flow with unique effects, which provides a strong catalogue of vocal highlights. The album’s opener, “Daughter (Hailey-Nirvana),” for instance, begins with a heavily-synthesized Leon rapping about his daughter over a droning trap beat. Suddenly, Leon transitions into a rawer, softer verse concerning his own tumultuous past.

Though compelling, “Daughter (Hailey-Nirvana)” is far from the only standout track. A diverse energy runs throughout I Think You’ve Gone Mad (or the Sins of the Father). “Matthew in the Middle,” for example, appears towards the midpoint of the album. With a rich and dreamy electric guitar juxtaposed against a jazzy drum beat, Leon’s flow elevates to something which seems absolutely effortless. “Kill My Mind,” on the other hand, is a confessional slow-burner, while “81” finds Leon at his most gleefully braggadocios. On this album, when the energy peaks, it does so with a club-crushing, soul-striking power.

This release, however, can still feel indulgent in its length. Clocking in at 75 minutes,  I Think You’ve Gone Mad doesn’t necessarily overstay its welcome but does lose steam. The best tracks appear in the first half, while the later songs suffer from a noticeable lack of lyrical and rhythmic intensity. Despite this relative lack of energy, some songs in the album’s second half, such as the soft, piano-driven “Salt Lake City” and the lyrically aggressive “Sins of the Father (100 Bitches),” continue to showcase Leon’s talents for blending tight-knit production with a strong sense of rhythmic and emotional lyricism.

On “Black Sheep Nirvana,” Leon compares himself to one of America’s most powerful musical families, remarking, “Make enough money we’ll look like the Carters.” Though he may never reach the heights of Jay Z and Queen Bey, if he keeps course, we may soon be hearing about another artist from Toronto whose name isn’t Drake. 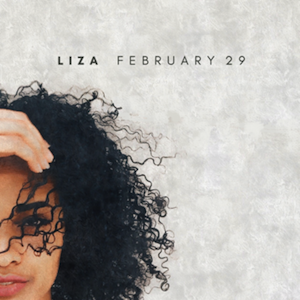