Maxime Michaud’s experimental album, Essais, is a triumph of consciousness. The word ‘essais’ implies ‘to try,’ a theme woven flawlessly into the delicate fabric of Michaud’s work. As a sonic artist from Québec, he tasked himself with the mission to put personal experience into universal sound. From metallic wind chimes, to Johann Sebastian Bach, to Britney Spears, the ubiquity of the album is all consuming.

The first song “Human Thought, Consciousness, and Word,” begins with a Bach-inspired call to the Christian Lord. Elements from classical music, radio interference, and synthesizers are combined and distorted to encapsulate Michaud’s sentiments. Together, these sounds send you on a journey unhindered by the constraints of time and place. While listening, your mind leaves the body. Rather than being a mere observe, your thoughts become a part of the music. As a result, a beautiful narration of the universe’s connective undertones emerges.

A sense of hope and wholeness is carried from the first song into “Essai d’une musique pour essayer de faire dodo.” The radio interference transitions into the scratching of an old vinyl record as Michaud explores the love and presence of his friends and family. With crickets chirping at various intervals throughout, Michaud succeeds in making this fraternal and familial love seem organic and eternal.

This simplistic ease, however, is short-lived. The third song, “those who have hurt [him] and [he has] forgiven, the hard times, and the winter,” takes on a much darker tone. While still creating a sense of calm, this song explores the hesitation felt by Michaud when faced with a challenging situation. Ultimately, the juxtaposition of tranquility and reluctance suggests there is always hidden depth to an experience.

The complexity of both consciousness and those trying to materialize it resounds throughout the album. “Les autres aussi essaient,” hosts the pinnacle moment where Michaud unquestionably succeeds in bringing a voice to the vibrations of existence. Recorded from an inner-city balcony, the familiar sounds of cars rushing by, rain drops landing in the gutters, and delicate wind chimes can be heard amongst an ethereal backdrop. You can feel the harmony unmistakably conveyed through subtle chaos.

Emulating the previous song’s sense of urban chaos, Fiasco, Michaud’s cat, serves as inspiration for the fifth song. Sonically resembling a carwash, your mind is transported into a hypnotic, cyclical realm. By varying the intensity of a consistent sound, Michaud highlights the life of an animal, thus blurring the line between the human and inhuman.

Michaud continues to explore the personal. His close friend, Thomas, inspires the penultimate song. It begins with a distinct bell toll and is followed by an array of binaural beats. When combined, the two varied frequencies produce a third ghost tone. Through these sounds, Michaud’s attempts to embody the individuality of humans and the oneness of human interaction. If the universe could breathe, it would sound like this song.

The final song of Essais, however, shocks you out of this meditative state. By titling the piece “the struggle of being considered human in a world of Pokémon,” Michaud calls to the inner child and creates a space to get lost in. This theme of imagination is carried through abrupt playground sounds and remnants of the video games we all know and love. A sense of endless possibility and innocent freedom pull the album to a satisfactory close.

Once you have experienced Maxime Michaud’s album, Essais will no longer feel like a fitting title. Rather, it would be better named Réussir, ‘to succeed.’ In 63.38 minutes, one artist has managed to not only make sense of the world, but to convey it in a universal, relatable way. Human nature has never sounded so good. 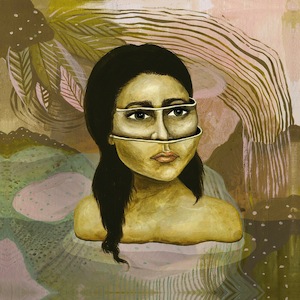