You have just laid down in bed. The light of your phone screen is still burning your eyes. Like most nights, your mind is racing. Thoughts and anxieties, successes and failures. Conversations. Maybe you remember a frustrating moment – someone cut in line at the coffee shop, and you stood by without saying anything. Maybe you are preparing to quit your job. These scenarios battle inside your head, you search for words, you find them. A retort which sends the line-cutter snivelling away. Or you imagine the sweet confrontation with your controlling boss, and walk away proud. These imaginary moments are familiar to all of us.

This is Jouska, the title of Gentle Party’s debut LP – a word the band defines as “a hypothetical conversation that you compulsively play out in your head, which serves as a kind of psychological batting cage.” Indeed, this is an album in conversation with itself. The sounds of cello, violin, harp, and voice swirl throughout each song, playing off each other to intrigue the listener into the album’s imagination and take them down unexpected paths. This ensnaring quality  is perhaps demonstrated no better than in “The Door There Is Devastation,” a song without vocals in which the strings brilliantly invoke the ominous feeling hinted at in the song’s title.

It is rare to find an album that has such masterful control over the emotional response it provokes in the listener. On Jouska, each song feels crafted to tell a particular story, whether it is a short track like “Wound of Fate” or the seven-plus minute tracks like “Boy Children.” Even after multiple listens, Gentle Party manages to keep you wondering what will come next. Just as you settle into a peaceful place, another errant mood arises. Jouska indeed. Truly, it is easy to feel a deep connection with the world portrayed in this album. 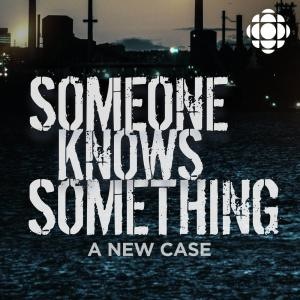