Everybody loves an uplifting rags-to-riches story, where the impossible becomes possible. In the case of Sound City, there are many instances of the staple underdog tale, but the reality is that life is like a roller coaster. To say the legendary Sound City Studios had its ups and downs is an understatement, as we see in Dave Grohl’s directorial debut, Sound City.

Sound City summarizes the rises and falls (you bet that’s plural) of the Van Nuys, California, recording studio. To quote the film, it was best described as a “dump.” Empty beer bottles were strewn about, chunks were missing from the walls, and floor tiles were shattered. This, we quickly learn, was part of its charm: Sound City Studios wasn’t some glamourous high-end establishment. It was a place of raw honesty and the home of a literal one-of-a-kind model of “the Neve Console,” a very expensive, custom Neve 8028 mixing board. This console was the studio’s livelihood and brought the likes of Fleetwood Mac, Tom Petty and the Heartbreakers, Charles Manson (yup!), Nirvana, Weezer, Rage Against the Machine, Johnny Cash, and dozens of other artists through the doors.

Opened in 1969, Sound City Studios had some of modern history’s greatest albums recorded there in its four decades of existence. Fleetwood Mac (1975), Holy Diver (1983), and Nevermind (1991) all were recorded at the studio, and we hear the stories of these albums from the living owners and artists who worked at Sound City. The emotional, sometimes intense stories—particularly those of Rick Springfield—from those who were there, shed light on the studio’s importance.

However, those illuminating interviews span about 70 minutes of the film’s 108-minute run-time. The next 40 minutes follow Grohl and several key interview subjects (Stevie Nicks, Tom Petty, Rick Springfield) gushing over each other while recording songs dedicated to the establishment. The problem here is that all this occurs in Grohl’s own Studio 606, not at Sound City Studios. What makes the scene’s sincerity more questionable is that Grohl, as filmed, purchased Sound City’s signature Neve Console for 606 studio in 2011, thus bringing Sound City Studios to a close.

There’s a lot tackled in Sound City that often feels jumbled and unbalanced. That said, the studio’s history and the effect modern technology has had on the recording process are important topics the movie covers. Grohl’s directorial debut is, like Sound City Studios’ own endeavours, an honest effort meant to encapsulate great moments in music history and music’s future. Unfortunately, the disconnect between the two suggests Grohl should have considered making two separate movies.

As a music enthusiast but non-musician, I recommend Sound City for those who have been (or hope to be) involved in the recording process. The film is a great introduction to the art of recording and inspiring in terms of musical development. If you’re looking for a film just to pass some time, Sound City might be the history lesson you didn’t ask for. 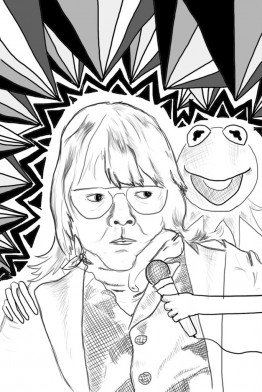