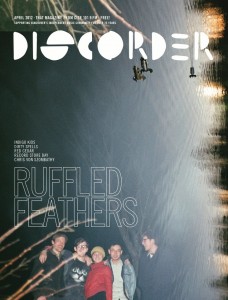 Is there a sound any more satisfying than a needle hitting vinyl?

Grant McDonagh, owner of Zulu Records in Kitsilano, has invested a lot in the hopes that there isn’t. “Nothing sounds nearly as good as vinyl,” he says.

Record stores in Vancouver are still at the heart of music culture. They provide a place for fans to gather and trade records, and they support artists by selling independently produced music. They often even buy music up front, ensuring that emerging bands can pay for tours, studio time, and of course, beer. The digitization of music has sunk mega-retailers like HMV and Tower Records, but independent stores are still getting by thanks to the loyal community of audiophiles and a resurgence in vinyl record sales. Record players and seven-inches are hot ticket items again and the reversal is so complete that Geoff Barton, owner of Audiopile on Commercial Drive, can point me towards to two full aisles of new and used vinyl once occupied entirely by CDs.

Part of the comeback is because of events like Record Store Day, founded in 2007, which brings together fans, artists and independent retailers to celebrate all aspects of musical culture. Record collectors enjoy sales and special releases, and many stores feature unique in-house performances. In just five years, the event has gone from a handful of independent retailers across North America to hundreds around the world.

Now, it’s so big that it’s biannual; a second international Record Store Day was declared in November 2010. Coinciding with the American
Black Friday, it raised a few eyebrows and some wondered if perhaps the unofficial holiday for the music industry had gone too commercial.

In some cases, it has. Larger distributors and record companies often re-release old material with a large mark up while limiting runs to inflate value. One store owner pointed me towards a $60 Pink Floyd three-single collection that had been on the shelf for nearly a year. Another owner questioned this year’s vinyl reissue of the Pretty In Pink soundtrack. Add in privateers, people who buy multiple copies of special releases during Record Store Day so that they can gouge fans on auction sites down the road, and this celebration of community can be viewed as another day to make a quick buck.

In turn, some stores like Scrape Records pass on the special releases. For owner JJ, as the regulars call him, it’s better to reward the loyal customer base with discounts on what’s already in stock that they actually want. Zoo Zhop owner David Mattatall simply views the day as “a good excuse for a party” and hosts an all-day lineup of live shows in the performance space. Like Scrape, they will be passing on the Pretty in Pink re-release.

Music lovers will benefit from discounts that generally range from 10 to 20 per cent on both new and used vinyl, and often CDs. And with Vancouver’s Record Store Day last year enjoying in-store performances from local acts like Yukon Blonde, Hallow Moon, and Sex Church, expect
tonnes more this year at stores like Red Cat, Highlife and Neptoon.

Regardless of your taste in music, count on finding what you like in our fair city year ’round. In the spirit of community, stores aren’t shy about recommending another store if need be. Their love of music trumps the desire to make a profit, which is what Record Store Day celebrates. As Dennis Nella, co-manager at Highlife puts it, “Every day should be Record Store Day.”

So get out to your local record store early, and talk to the staff to find the hidden gems and great deals. A happy Record Store Day to all! See
you April 21.