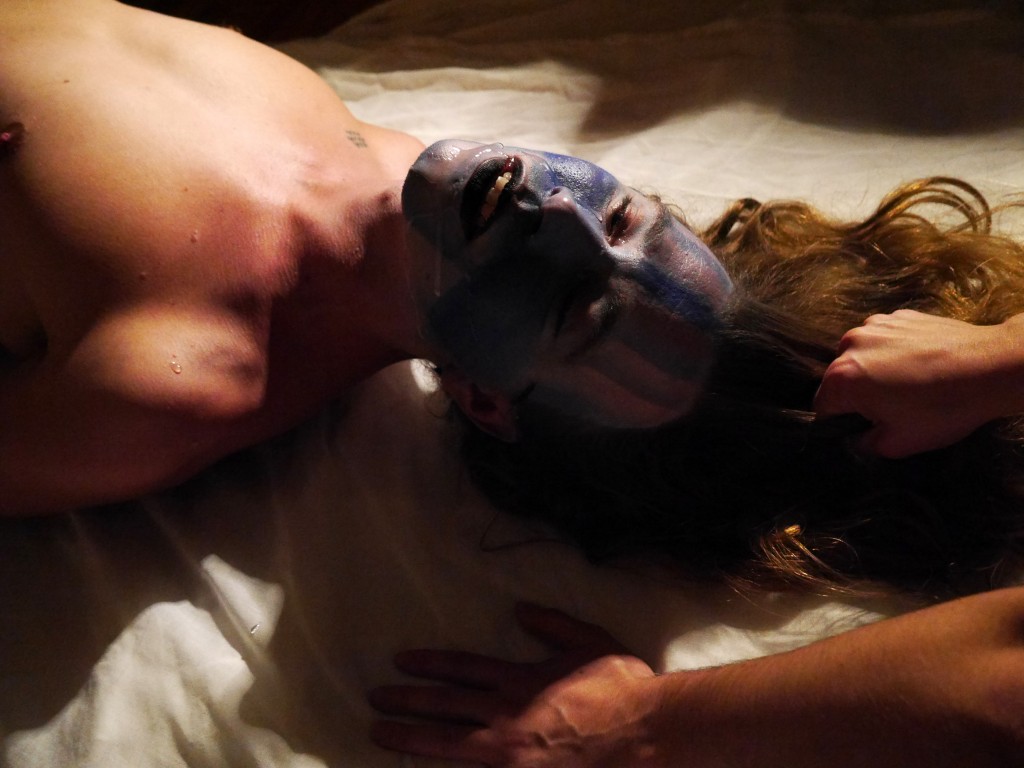 The first episode of Unceded Airwaves happened this Monday, October 30th and is now available for download on CiTR’s website! Because we focused the show on language revitalization, it was an opportune time for me to highlight Montreal-based, Two Spirit musician, Mich Cota. A “Two-Spirit” being is a pan-Indigenous term that applies across Turtle Island and serves to verbalize a fluid sexual orientation and gender identity that we had pre-European contact. Cota recently released an album called Kijà / Care, on October 24 2017, which is sung entirely in Algonquin. I had the opportunity to ask her some questions about this album and her politics for Unceded Airwaves. Here are her words:

What inspired you to write your songs primarily in Algonquin?

“Algonquin is my native language which I sing in a neutral yet true form In my songs, each syllable is elongated to make one line of verse. Every single word carries intricate description that is unparalleled to English. I found it very sensual to stretch out this language in music, where the usual Algonquin person will speak these words much faster in conversation. I admire the sound of Algonquin mothers, who form the most comforting rasp as they hold enlightenment and wisdom through years of survival and nurturing. The language has a sound of curiosity, a warmth and fatness in vowels and elated consonants.”

What steps do you take to actively decolonize?

“To begin my journey, I had to start decolonizing myself. Why should I feel ashamed that I am uncircumcised? How is it that I feel I am a woman when western theology tells me I am a man? Am I living a good life and at what expense? I had to, and have to continue this reveal of personal advantages as well as predispositions. Where are all the successful Aboriginal people in Montreal? This is supposed to be a diverse city. My ancestors lived and migrated through this land. We battled the Mohawk people in Oka. We succumbed and suffered from genocide that fed Canadian soil with our blood. Today, everyone needs to be aware. The only amount of shame one should carry is derived from ignorance.

Also, give money to Indigenous people in need. We are your landlords and in Canada, rent has been overdue for over one hundred and fifty years.”

What has been the general response to Indigenizing the music industry?

“That’s a strange question. Buffy Sainte-Marie has finally been given the attention she deserves commercially. She’s the most beautiful person in the whole fucking world. I think that it’s nice Aboriginal people are finally being recognized by the industry, but it’s far from being Indigenized.

In a smaller, more familiar place I can appropriately comment on, I have been received in a mixed way in Montreal. A lot of people think I’m a white male who wears a dress and appropriates native culture. Rumours spread, I get gaslighted. I’ve said this before though in interviews: fuck the haters. Native people will continue to make the most powerful music Canada has ever heard because we are the land and we are synchronized with nature intuitively.”