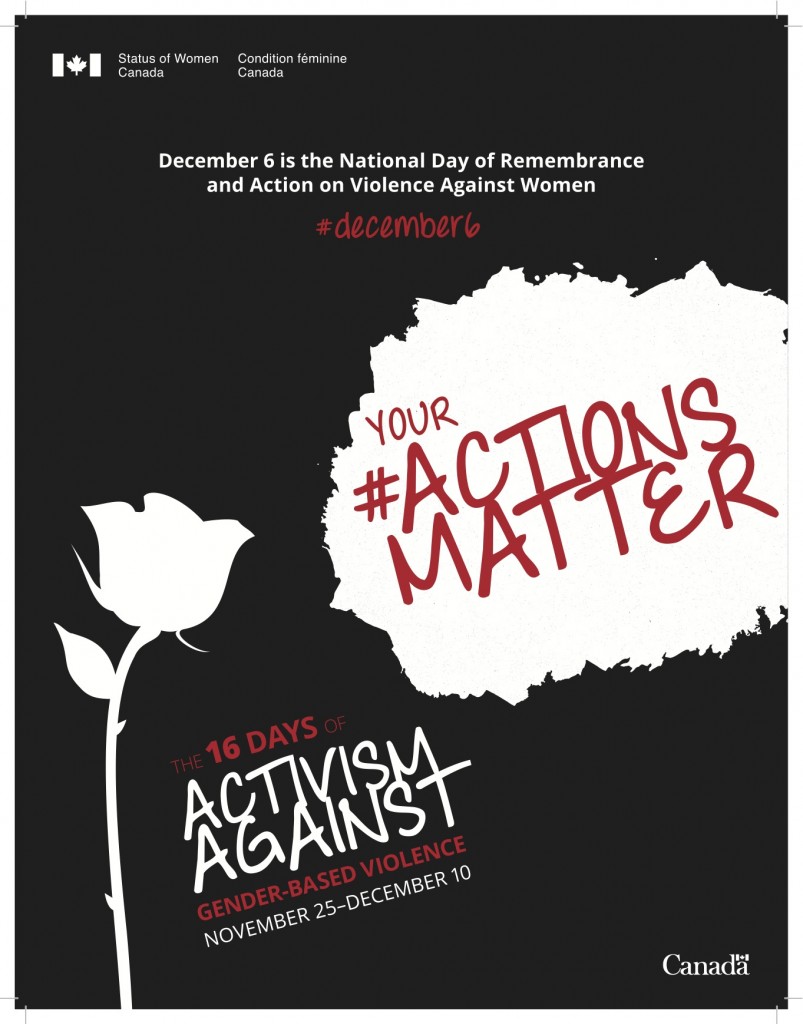 December 6th commemorates the 14 young women whose lives ended in an act of gender-based violence that shocked the nation. This day represents an opportunity for Canadians to reflect on the phenomenon of violence against women in our society. It is also an opportunity to consider the women and girls for whom violence is a daily reality, and to remember those who have died as a result of gender-based violence. And finally, it is a day on which communities can consider concrete actions to eliminate all forms of violence against women and girls.

November and December are important months for raising awareness of gender-based violence in Canada and around the world. In addition to the National Day of Remembrance and Action on Violence Against Women on December 6, the International Day for the Elimination of Violence Against Women takes place on November 25 and marks the first day of the 16 Days of Activism Against Gender-Based Violence, which ends on December 10, with International Human Rights Day.

On Dec 10th, 10AM-1PM, CiTR will be doing 3 hours of special programming in honour of 16 Days of Activism Against Gender-Based Violence and International Human Rights Day, encompassing lectures on housing, retrospectives, and discussions about ongoing gendered violence. Stay tuned to citr.ca and CiTR’s social media for more information.

CiTR aims to create programming which amplifies underrepresented voices in light of of social violence, in accordance with our mandate. You can find regular programming from our Accessibility Collective, Gender Empowerment Collective, and Indigenous Collective pertaining to these issues.
As always, UBC’s AMS Sexual Assault Support Centre offers inclusive services to anyone who has faced or is facing sexulaized violence. The centre will be open until December 22nd. 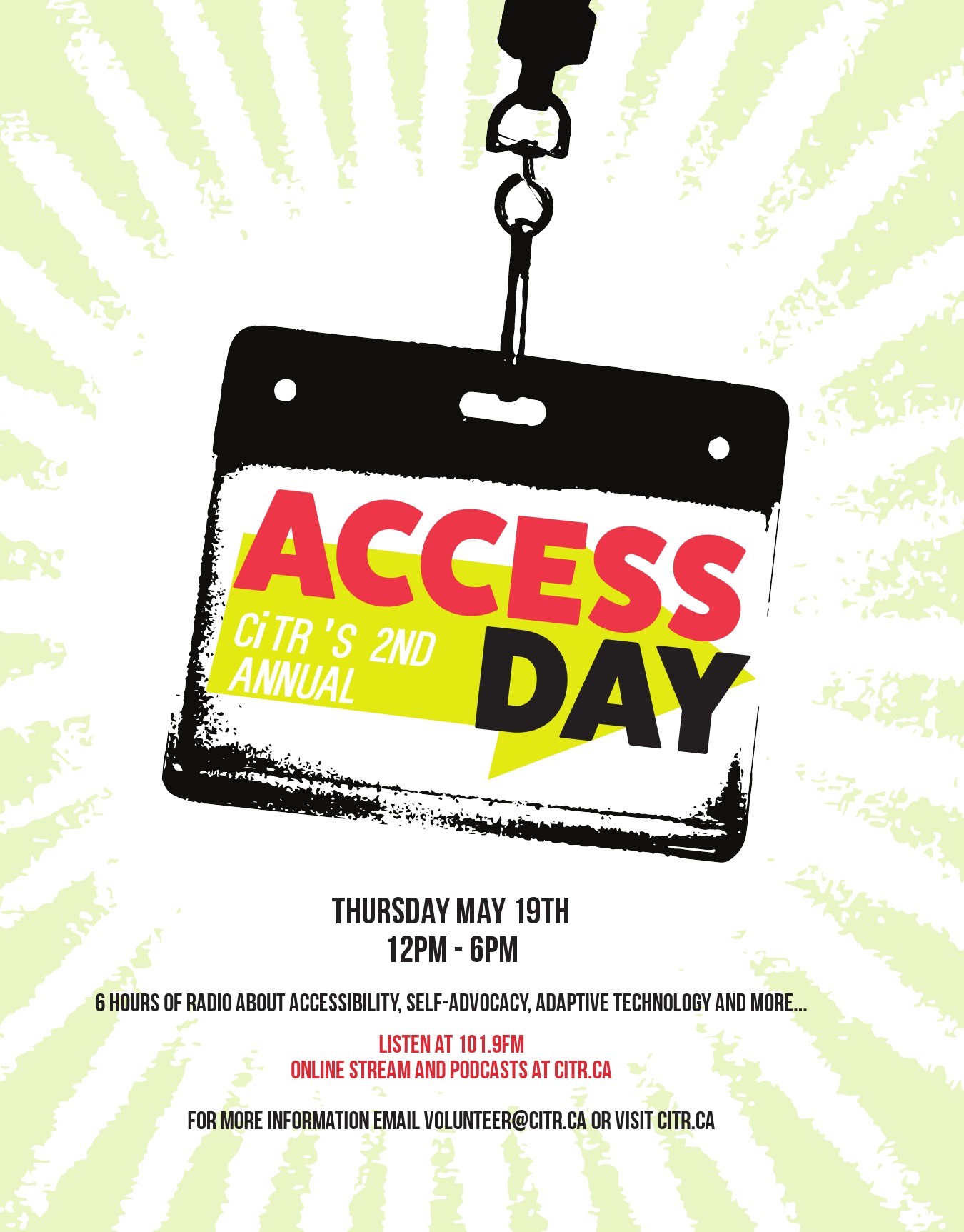 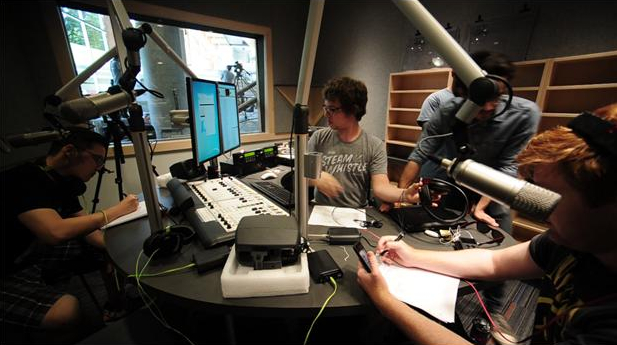