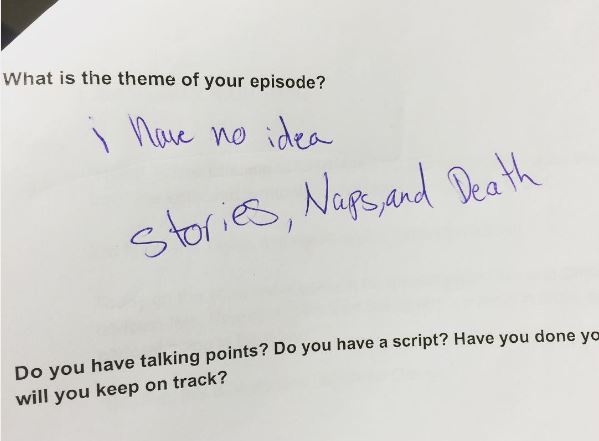 This week, CiTR got to play host to a group of creative, hilarious, and smart kids who got to dip their toes in the radio waves! It was such a pleasure having the kids in the station making PSAs and playlists, thumbing through the record library, playing vinyls, and learning how to broadcast. The kids got to visit the CBC Radio offices and and sit in on several of our regular shows including Parts Unknown with Chris-a-Riffic and Vancouver, Right?. They worked with kids from the UBC Creative Writing Word Wrestlers summer camp to create collaborative audio content and made skits and sketch comedy for radio! The kids also created their own mini radio shows, complete with music that fulfills our on-air requirements plus spoken word components including interviews and jokes. The shows are airing at 1:00, see the schedule below for details!

We hope that the week was as rewarding for the kids as it was for us. Extra thanks is due to Jonathan Kew and Madeline Taylor who created the camp’s curriculum and lead the group throughout the week.