This past week, CiTR staff traveled to Ottawa to participate in the annual National Campus and Community Radio Conference. The team took home three awards and came away with two honourable mentions. CiTR is proud to announce that Heather Kitching won Best Documentary for “Queer Decade: 1995-2005,” Gordon Katic and Sam Fenn won Best Podcast for their program Cited!, and Maayan Kreitzman and Neal Yonson won Best Current Affairs/Magazine Show for UBC Insiders On Air. Dave Campbell and his team received an honourable mention for “At Home and Overseas” in the Third Language and Special Programming category, while Eleanor Wearing received an honourable mention for her radio documentary “Waiting for Godiva.”

“Queer Decade” and “Waiting for Godiva” are part of CiTR’s UBC 100 Documentary Series which airs at 9am on Friday mornings. “Queer Decade” will be airing on July 8th and “Waiting for Godiva” will be airing on Friday July 15th. Cited! airs at 8am every Friday morning. You can listen to “At Home and Overseas” right here on the CiTR website podcast archive. The archive of UBC Insiders on Air is also available and you can connect with them here or here. 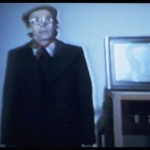