On Thursday, January 14th, CiTR will air the first of ten radio documentaries produced to mark UBC’s 100 year legacy. Each documentary portrays a slice of Vancouver history, covering challenging topics relevant to the local community, including the peace movement on campus, a history of grunge in Vancouver, the fight for marriage equality, and the Lady Godiva ride and rape culture at UBC. The documentaries use archival content from CiTR’s history audio collection in addition to interviews with faculty, students, alumni and community members.

Over the past year, more than 890 reel-to-reel audio tapes from over sixty years of the Student Radio Society of UBC have been digitizated, for a total of 406 hours of historic audio. Recordings include music programs, radio documentaries, public service announcements, and campus and community news and events broadcast on CYVR/CiTR and its affiliate stations from 1949 to the late 1990s. Half of this collection has been uploaded to UBC Library’s Open Collections portal, available to the public for streaming and download.

This project was funded by UBC’s Centennial Initiatives Fund, with additional support from the BC History Digitization Program, UBC Library’s Digitization Centre, UBC’s University Archives, and CiTR donors. With half of the digitized reel-to-reels uploaded and more on the way, visit UBC Library’s Open Collections portal to explore the beginning of CiTR’s historic audio archive.

The Peace Movement by Christine Kim is the first documentary to air, discussing the disappearance of Vancouver’s peace movement and the impact of political activism in today’s society. Listen to the first of CiTR’s UBC 100 Doc Series on Thursday, January 14th, at 4 pm on 101.9 FM, streamed at citr.ca and available as a podcast the day after the broadcast. CiTR will also be broadcasting interviews with each documentary producer on the blog at citr.ca/citrdocs. Ten documentaries will be produced for the UBC 100 Doc Series, with four broadcast over the next four weeks, and the remaining six released in the spring.

Find the full schedule here, along with a description of each documentary and its creator. 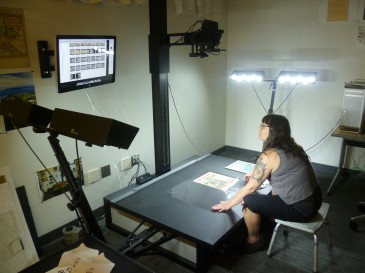 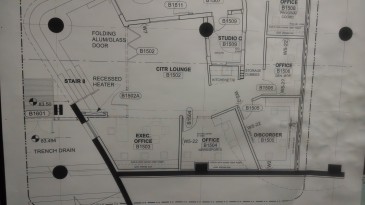