From August 15 to 25 the Vancouver Queer Film Festival will showcase the best in independent cinema from all around the world.

This year, the festival is celebrating its 25th anniversary! As one of the largest events that happens in Western Canada, Out On Screen presents many opportunities to enjoy not only films, but also parties, performances, workshops, panel discussions, and more.

As a proud supporter of this year’s festival, CiTR is sponsoring two nights of cinema that you don’t want to miss!

The first film, Lace Bite, is playing August 17 at 7pm at Simon Fraser’s Goldcorp Center for the Arts. The film tells the story of 40 local women and their plan to play a Guinness World Record-breaking ice hockey game in support of the fight against Cystic Fibrosis. We recommend bringing a tissue for both tears and laughter!

The second evening is on Monday August 19th at 8:30pm and it is a double bill featuring two evocative films by Korean director Leesong Hee-il: Suddenly Last Summer + Going South. Playing at the Cineplex Odeon International Village Cinemas, the films weave themes of loss, secrecy and the dramatic unfolding of taboo relationships.

Tickets for these shows, and all of the other great events happening during VQFF are available here. 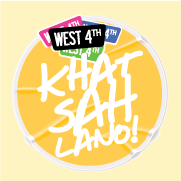 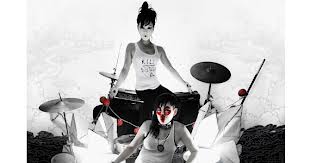