There are bands that you could take home to meet your mother. I can imagine it now: Radiator Hospital, alimony and Tim The Mute would be perfect, making inappropriate jokes and drinking tea. A night of off kilter twee music was what I needed, and that’s exactly what I got.

I arrived at the Astoria halfway through Tim The Mute’s set. As always, Tim Clapp was there just to have fun. I really appreciated the band’s approach to music like teens playing in their bedroom, surrounded by personal garbage that everyone can see but nobody likes to talk about. Playing what they describe as mushy pea punk, I realized this meant talking shit and being sarcastic about serious and emotional stuff, especially in songs such as “Twenty-Two,” and “Van” — “I lived in my van / I would have thought by now I’m pretty tough but I could never do that again / Been separated from my wife since March / Her visa ran out so she had to depart.”

The second band of the night, and honestly probably my favourite, were alimony. They were pure cuddlecore: all of their songs under three minutes long and deeply following in the tradition of classic Vancouver pop punk. alimony were solid, surprisingly so, even after the bassist, Juls, exclaimed she needed more light to “see the dots” on her oversized jazz bass. They had a focused intensity on stage and a strength that didn’t fade until leaving the stage. They made the us all bop to their beats, even through the screechy feedback.

Philadelphia’s Radiator Hospital was the headliner and the last band of the night. Unfortunately Sam Cook-Parrott was forced to play solo as the rest of the band had their passports stolen, making the border crossing a challenge. The stripped down sound was reminiscent of Radiator Hospital’s early songs and acoustic sets — I wondered if Cook-Parrott’s music was always this melancholy or it was just the lack of a band — “You won’t get off that easy, no don’t say you love me / When you know you don’t / If you’re thinking that we’re through / I won’t hold it against you / You know I won’t.” In the sparseness of the performance, I could hear some of his lyrics that were normally hidden by jangly instrumentals, and boy, were they all heart breaking.

However, it was lovely to see him play with his band confined to his imagination, cueing himself with drum beats we couldn’t hear. It looked and sounded like he had rain clouds on his shoulders. Luckily a solid group of fans clustered around the front of the stage and danced all the way through, requesting songs and just enjoying his presence. Usually known for their upbeat, D.I.Y. pop, and strangely desolate lyrics, Cook-Parrott’s set was markedly glum. Thanks for deciding to play anyway — we were all glad you did. 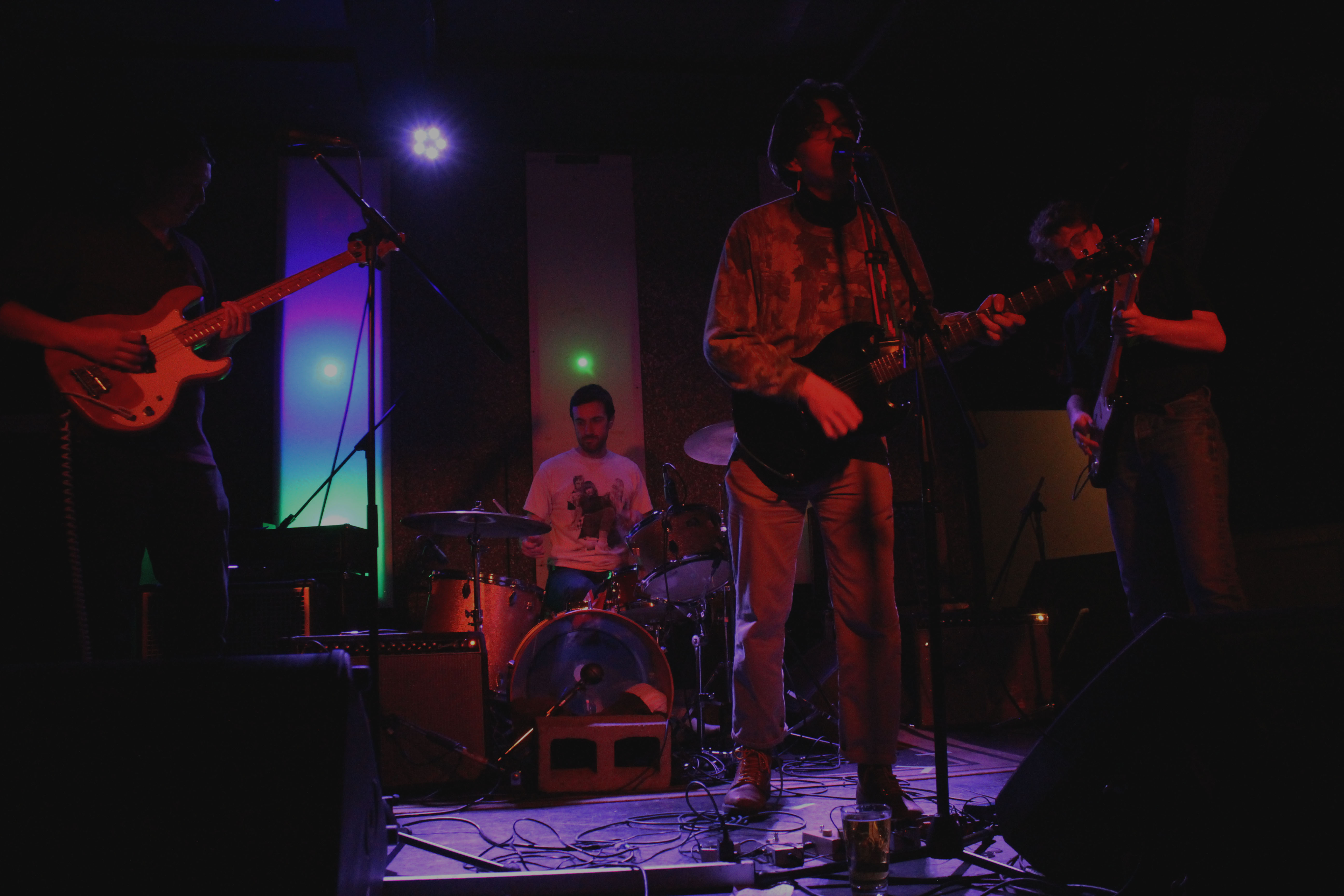