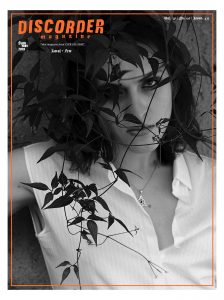 Two weeks after releasing her album Death of Euphoria, Baby Blue was on a plane ready to begin her first tour of Europe. The music she is taking across the Atlantic demands attention, emotion and expression. It is in every way Baby Blue.

Baby Blue’s relationship with music began with her career as a DJ. Inspired by the iconic DJs of the 90s and early 2000s, she uses DJ equipment as instruments. Baby Blue explains that, not unlike the experience of composing her music, when she performs live, she loses track of time and space. “I love DJing,” she enthuses, “ […] I love seeing people just kind of lose themselves and dance and being the one curating that.”

The music Baby Blue is sharing in Death of Euphoria connects listeners to her own life and identity. The album draws attention to her ability to view death as an opening to, rather than a closing of, life. Baby Blue explains that one of her sources of inspiration when making Death of Euphoria was the Tarot card of Death: “Death is not a scary thing, it’s a door that opens and changes your life and rejuvenates you.” “I feel like I’ve died in many ways and then come back,” she reflects, insisting on the positivity of death. “Like how a phoenix emerges stronger every time in its life cycle.” 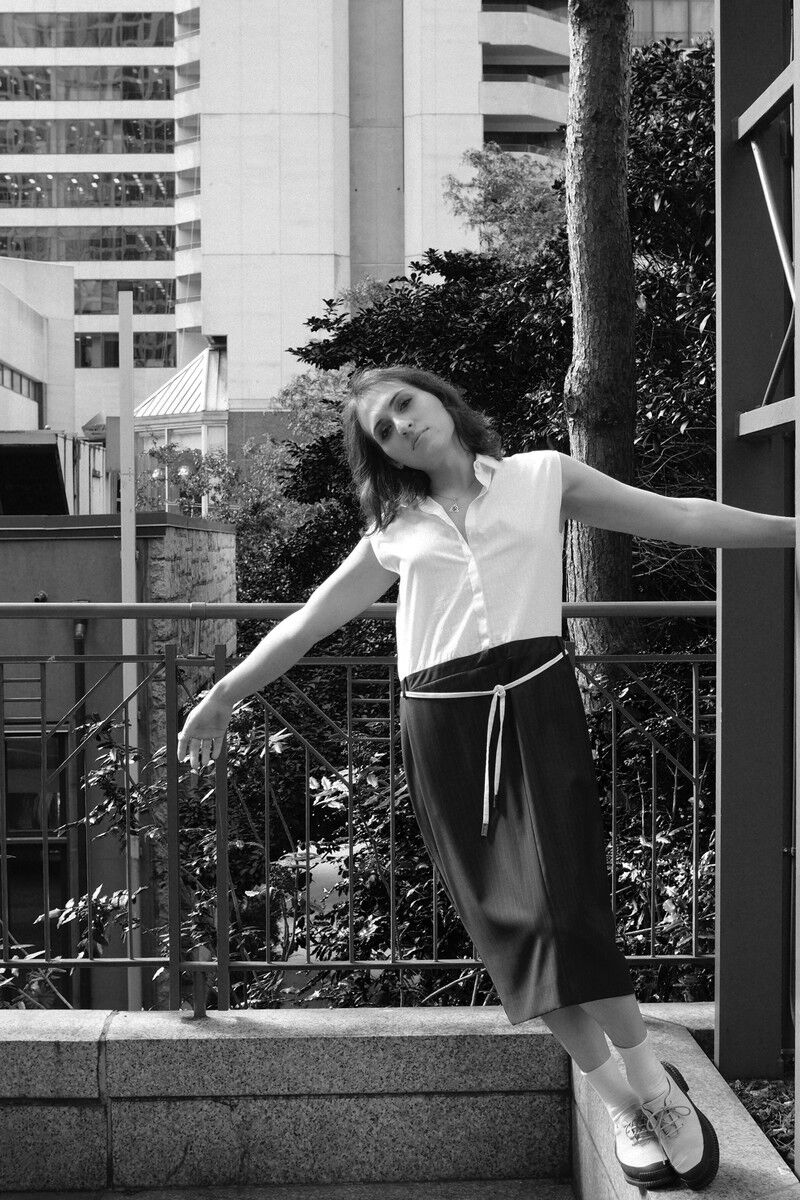 Addressing the ability to find a source of life in ashes, Death of Euphoria is deeply personal. “A lot of the sounds on that album are just from personal experience,” Baby Blue shares, “The music is just a personal reflection that I think a lot of people will be able to connect with. And I think a lot of people do hear the pain in it.” Death of Euphoria, Baby Blue explains, is about “that euphoric feeling of being with somebody who in the end is violent towards you. And that it’s actually quite a beautiful thing to let that go.”

The abuse that trans women experience is brought into light in Baby Blue’s music video Visage of Truth. Working with one of her closest friends and one of the artists she most admires, Alex Kazemi, Baby Blue recreated the traumatic experience of being sexualized and used by a man. The video became “a way to work through the trauma.” Baby Blue expresses her gratitude for the opportunity to work with Kazemi on the project, noting that “he was really able to translate the darkness into a visual medium.” The video indeed captures an eerie, haunting darkness. “I hope people feel unnerved by it. Because I feel like it’s a very intense song, it’s a very intense video. I hope people feel unnerved by it because I felt very unnerved for many, many months.”

The darkness of Visage of Truth and the album that contains it is connected to the image of ashes giving life to a phoenix. The goal is “to push forward a new type of beauty.” She sees the beauty she is working to express mirrored in “people who are unwinding their trauma.” “We need to understand that we have to start thinking about things in a global perspective, and not just an individual sense of self. That beauty is expressed in anyone, whoever it may be, actively trying to do that.” 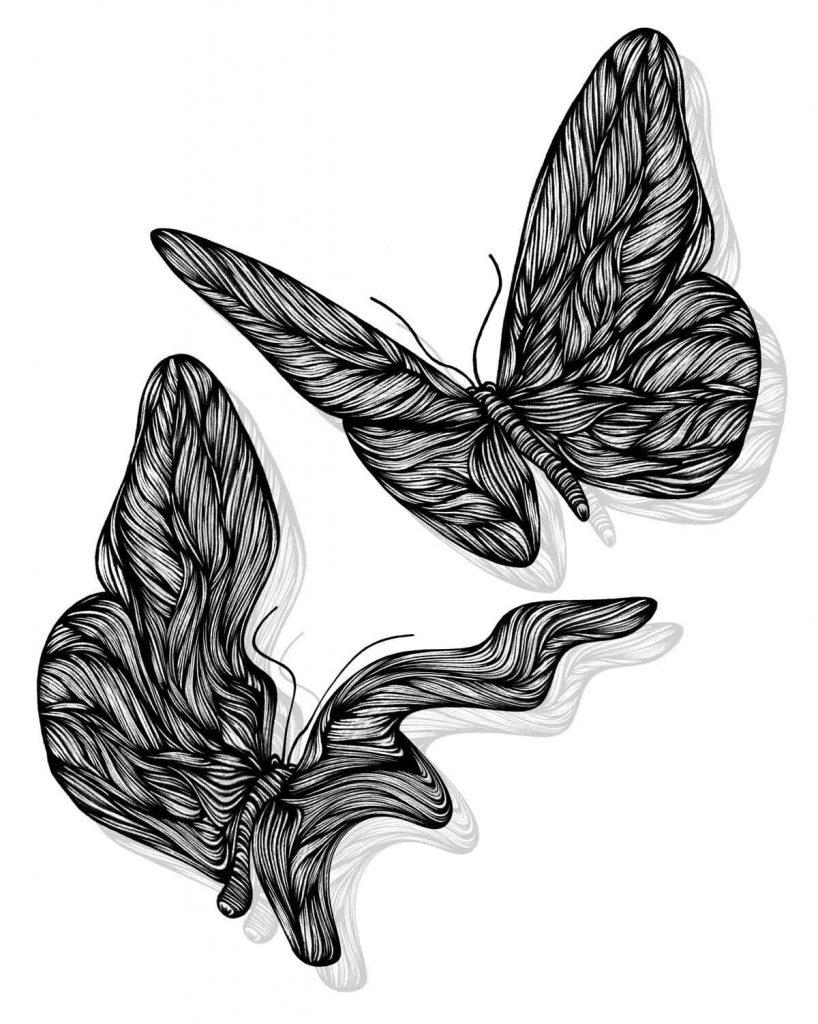 Finding love beyond trauma is a grounding message of Baby Blue’s work. “I think just the statement of loving yourself and sharing it is very powerful, because we all are very wounded creatures that don’t do that. We allow our traumas to take ourselves,” Baby Blue explains, “And I really just want to share love with people.”

While Baby Blue doesn’t associate her work with a political message, she acknowledges that her experience as a trans woman has strongly influenced her role and identity as an artist: “I try not to let things like material qualities of myself be a defining factor for my work, I would never say that, but it’s part of it.” She explains, “My identity has only really formed in the last little while because I lived my life so unaligned with my soul until recently. After being immersed in such darkness, now I definitely feel that my identity as a musician has changed, because I am a trans woman in this industry that is dominated by white men, and people are responding well to it.” Baby Blue now feels she is driven by new life. “I feel very fresh right now in my life,” she explains, “I always say that I’m one years old because I feel like Blue came into my life in the last year.” The past year has been a source of confidence and energy for Baby Blue. “I feel very at ease with myself. I feel like my identity is solid, I feel like my voice is solid, and my will is being enacted when I am performing and through everything Baby Blue.”

Baby Blue’s goal is for her music to evoke emotion. “I hope [people] feel something, period, from the music,” she says, “Whether they hate it, whether they love it, whether they like it. As long as they feel emotion through it and it makes them think about something, I feel like I’m doing my job.” “I hope my music connects with every human out there,” Baby Blue continues. “The Baby Blue message is to love yourself so you can share it with others. And to protect other people, especially trans people.”

In an effort to prevent the perpetuation of violence against trans people, Baby Blue and her team spread 500 posters around the city. The posters simultaneously draw attention to violence against trans women and emphasize Baby Blue’s defining message of love and forgiveness, concluding with a statement of purpose: “so that what happened to me does not happen to anyone else.”

“I had a lot of people messaging me saying that it was such an important thing to see walking to work,” Baby Blue remembers, “Other times we were walking down the street and we could see people had torn them down. It was a powerful thing that happened.” Baby Blue is not afraid of taking risks and opening up. “I don’t think people were ready for that,” she reflects, “But we’re here.” 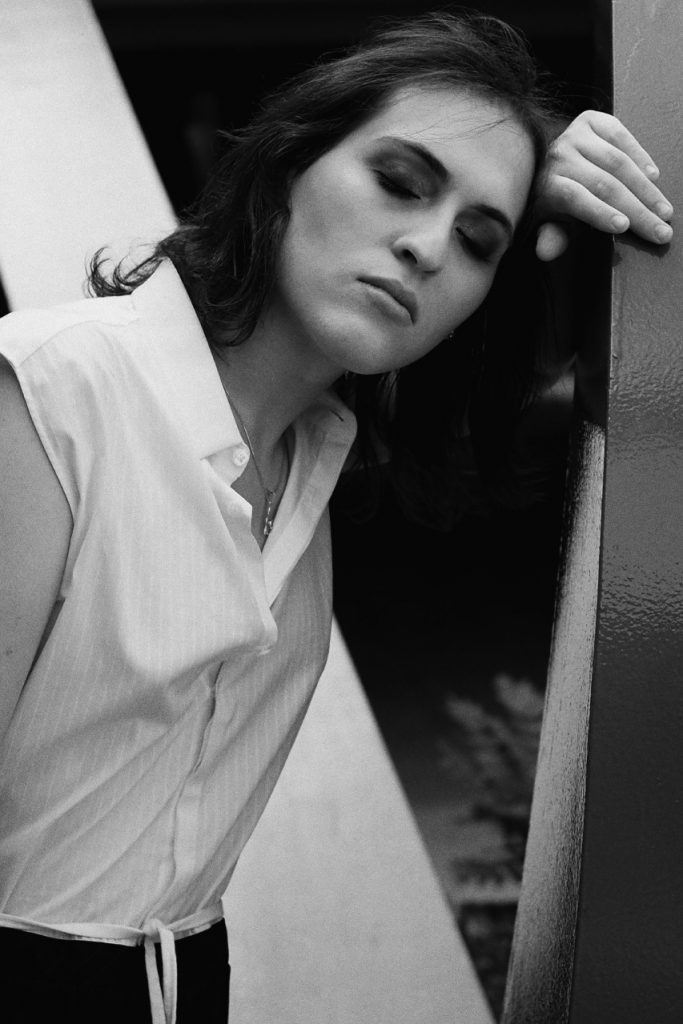 The act of being present, of being here, is essential for Baby Blue. She reflects that “just being is resistance.” “We’re at this point right now where trans identifying people and gender nonconforming people are finally having a voice.” The strength inherent to the ability to turn death into life is characteristic of Baby Blue’s identity: “I have to fight every day to be who I am, to be seen as valid for who I am. And although it’s extremely exhausting, I love a good challenge. I’m a soldier at heart.”

Baby Blue’s European tour will take her from Berlin to Paris, Barcelona to the Czech Republic. “I hope people stay tuned because I’m not going anywhere,” Baby Blue shares in an expression of her excitement to continue making and sharing her music. “I hope to bring this voice to the mainstream,” she declares, “I think there’s a place for me there.” In her words, Baby Blue has her sights on the world.

Baby Blue’s debut album ‘Death of Euphoria‘ is out now via Ascetic House on all streaming platforms. 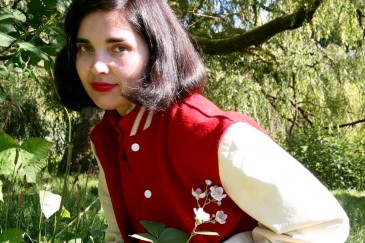 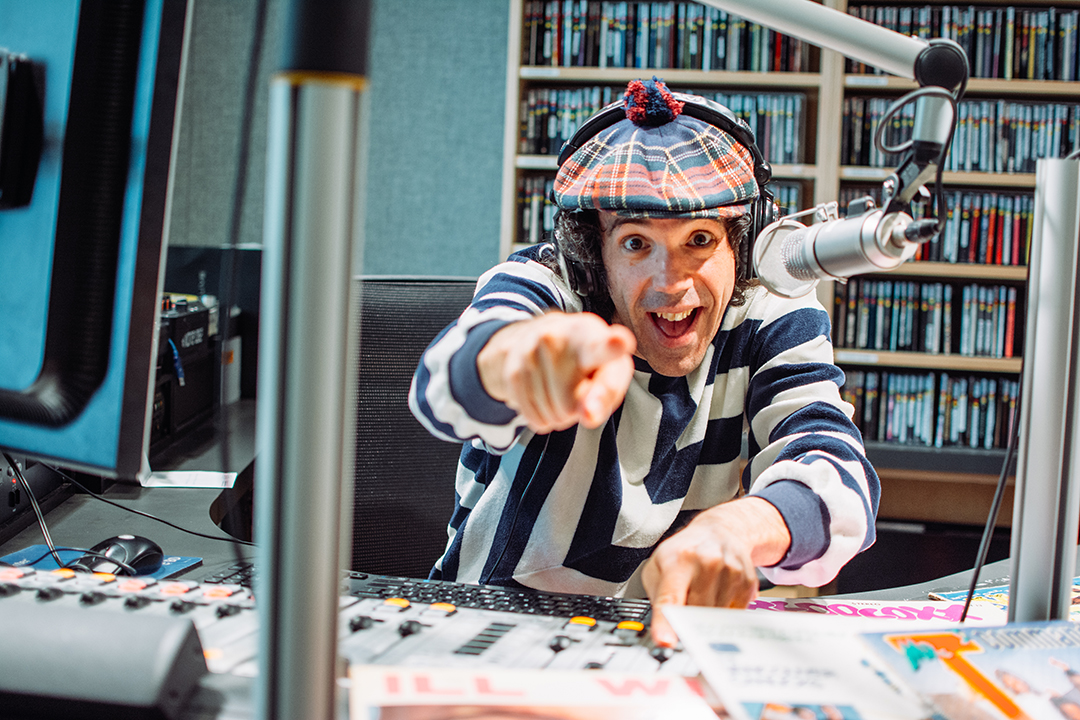 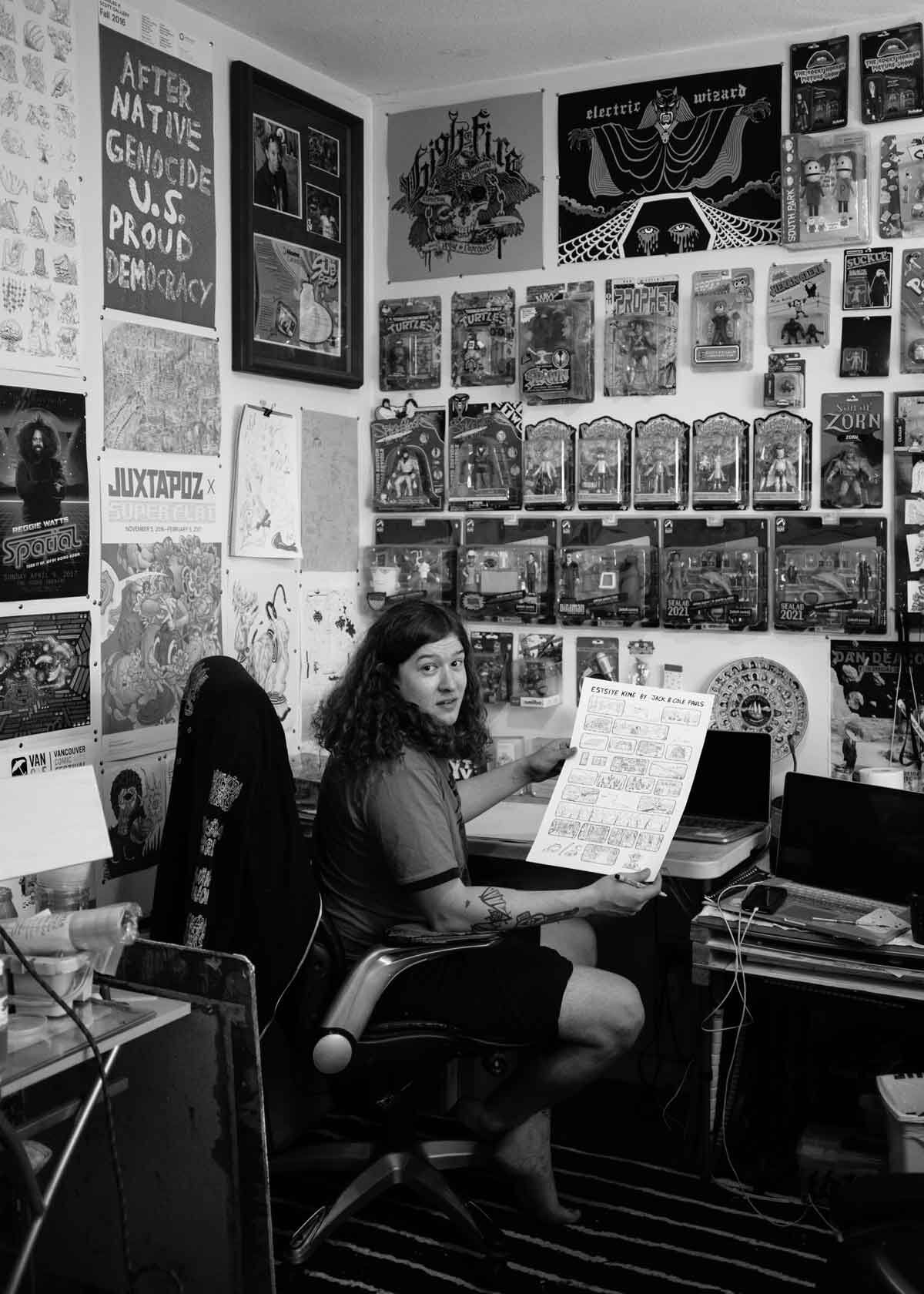