“Do you know about Casiotone for the Painfully Alone?” the Biltmore doorman asked.
“Yeah, I know about Casiotone,” I replied naively, assuming he was making small talk about the evening’s headlining act.
“No, he was in a car crash and couldn’t make it to the show.”
Which posed a question: would the show go on without Mr. Ashworth? (who, the audience was assured, was thankfully okay) The answer was yes, thanks to scheduled openers Cryptacize and No Kids.

Jokingly welcoming the audience to “open mic night,” No Kids’ Nick Krgovich started off his band’s set with a polished rendition of “Prisoner of Desire.” New material and favourites like “For Halloween” even managed to get some traditionally immobile (and this evening sullen) Vancouverites to dance! No Kids set out doing what they do best: delivering nuanced grooves and slow-jams that sound as if they were written by your overeducated, Gen-X hipster cousin who’s usually penning clever screenplays and witty reviews (or in Krgovich’s case, the musical In the Yard, Havin’ Fun). Along with new songs from a forthcoming full-length, Krgovich also introduced the ever-talented Rose Melberg as an additional member of the band, who went on to perform beautiful harmonies alongside him.

Speaking of beautiful, the soothing tones of Cryptacize’s Nedelle Torrisi were the next to permeate the Biltmore’s air. Despite the hardships caused by an impromptu sound check and its ensuing feedback problems, San Francisco’s Cryptacize soldiered on, and, with just the right touch of reverb, delivered a set full of the confident, jangly and whimsical songs the band is known for, mostly coming from their new, more pop-focused album, Mythomania. The band succeeded in charming at least this writer (who also had the good fortune to see them play at the Media Club earlier this year), though perhaps not the thinning crowd who were somewhat apathetic due to Casiotone’s cancellation. The band captivated at least a few other audience members, who clamoured for an encore after Cryptacize vacated the stage.

Perhaps the ultimate triumph of the night was that the show did go on, despite its headliner’s absence. A solemn air permeated both sets, with both bands mentioning Ashworth’s accident, thanking the audience for attending despite it and with Cryptacize going so far as to dedicate a song “to Owen” (though this tribute’s solemnity was dissipated by the audience and band members’ playful laughter). Though a number of people up and left midway through (including several of this writer’s friends—you guys suck), a sizeable crowd was still in attendance, proving that, yes, we all “knew” Casiotone, and yes, we knew we still wanted to have a good time. 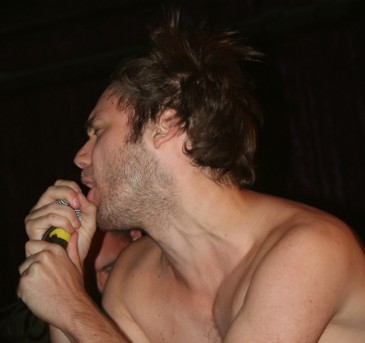