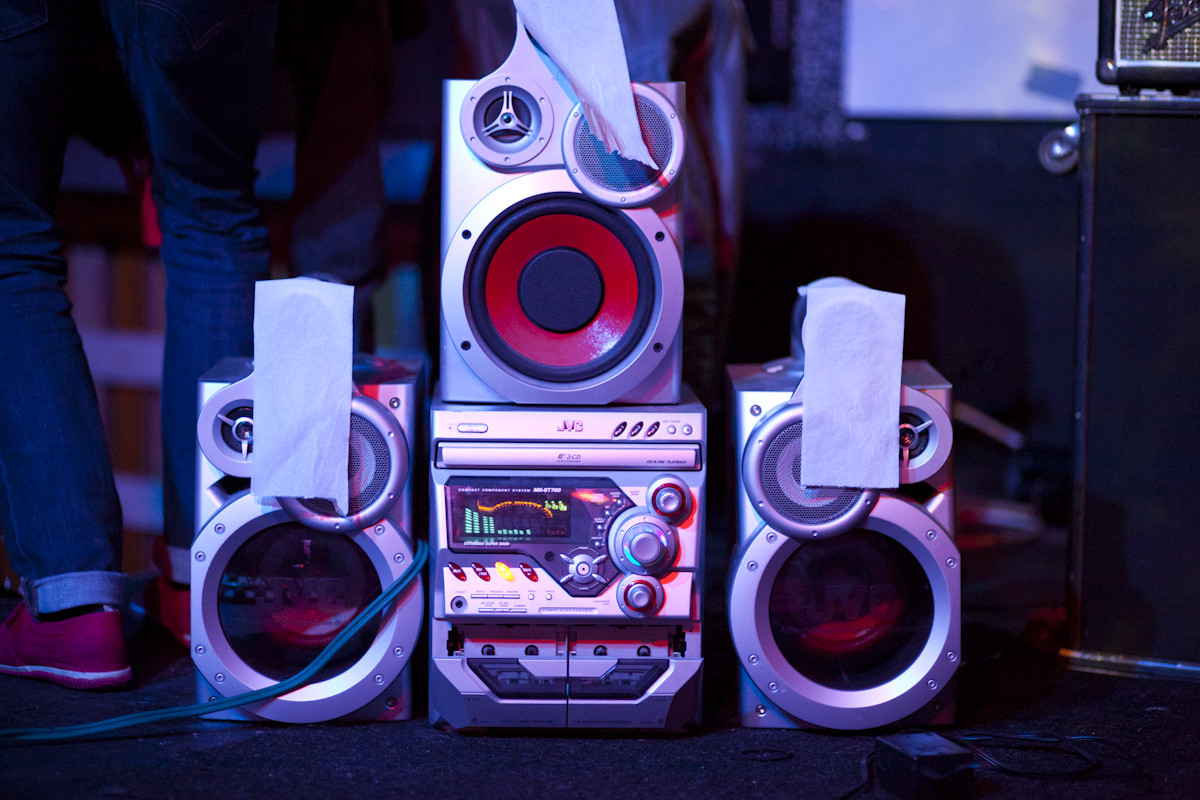 There’s a hushed, ethereal atmosphere, a crowd gathered around the checkered dance floor of the Astoria, the lights dimmed and fog aplenty. The attentions of the crowd — men clad in skinny jeans leaning against the walls and women in long skirts and beanies sitting cross-legged on the floor — are thoroughly held by the performer onstage. Aileen Bryant, the penultimate act of the night tends to her synths, weaving a never-ending undulating web with her voice and compelling presence.

In theory, it would seem strange that all these bands fit together as they share the stage on this Tuesday evening, but they do. From the earlier spoken-word and introspective performances of SNOOZER and Strawberry to the energy of the next act, JSN, there’s a sense of cohesion as the crowd wanders from the pool tables and bar to the stage and back as performers begin and end. The performances are held together by the audience’s attentions and the sporadic cloaking of fog. 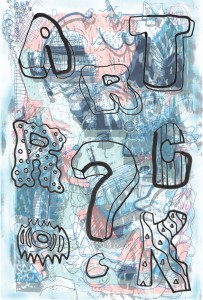 Running to and fro from the fog machine is Casey Wei, curator for art rock?.  As she describes it over coffee a couple of days after the show, it’s this connection between the performances that “makes it art.” The Vancouver-based artist and musician saw a need for a space where artists and musicians alike could freely experiment with making sounds and poetry without feeling like it had to be polished or perfected. It’s not an open-mic night, with Wei maintaining creative control over the acts that grace the stage.

Wei approaches her curating process through what she calls the ‘popular esoteric ’— she aims to explore the tensions between audience and performer, between obscurity and popularity, between art and music. Art rock had its heyday in the 70’s and Wei acknowledges that she isn’t going to be recreating what happened in New York during that time or that art rock? isn’t going to be pushing limits that haven’t already been pushed. “It’s all been and done.”

Instead, the emphasis of the night is on asking questions, the big ones such as “what is music” and “what is sound?” art rock? is about embracing experimental practices that cross the already blurred lines between art and music. “Failure is interesting,” Wei states, citing a ‘new realism’ approach to the live performances. art rock? is a space where experimentation is welcomed, and that process sometimes involves fucking up to make “the very thing that makes live music live, can actually be seen as part of the performance.”

In the description of the event, the series is said to be “for and inspired by the performers of sounds, visuals, and poetics,” no mention of musician to be seen. This lack of distinction is important — the series gives an opportunity for artists to express themselves outside of the normal hierarchies. For the more trained musicians who take the stage at art rock?, it gives them the freedom to take risks without fearing that it’s going to be perceived as an error by an audience member. 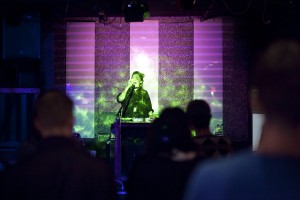 art rock? takes a space in the in-between, not inseparable from both the vague concepts it takes its name from. The show is far from a regular gig — someone could point at all the audience members and immediately put the ‘hipster’ label on, but to use Wei’s own words, there’s a more esoteric and intellectual atmosphere in the room, the event “embracing a level of criticality that we all kind of share as artists.”

Wei has given herself one year to put on monthly shows at the Astoria, 12 ‘episodes’ as she calls them. At the end of the project, she hopes to put together a publication and DVD. Wei doesn’t want the project to become the same thing night after night. “Art and rock… those two words are so vague and I want to keep pushing against the former night… I want to continue to evolve it with every performance.” 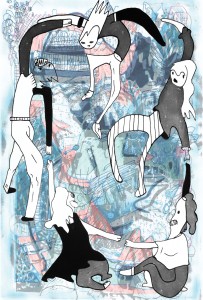 However, she knows she can only push so far before it bleeds into the genres of electronic or hip-hop, two burgeoning scenes in Vancouver, unlike that of rock. With art rock?, Wei wants to bridge that gap between artists who love music but are unsure of how to engage with the community. art rock? keeps in mind an older set, those who don’t want to have “a typical rock show experience, but also don’t want to miss out on anything.” Wei is intent on creating that space, somewhere between a rock show and an art gallery opening, a place where friends and relationships can be built. Vancouver doesn’t yet have an art bar, but the Astoria, at least for one night a month, is a worthy substitute.

Wei already has acts in place for the November installment of the series, bringing in both punk and jazz elements — a far cry from the poetic artists that took the stage in October. In the end, Wei is steadfast in her support of performances, whatever they may be. “We’re not doing it because we want to become rockstars, or like ‘artstars’ or anything. We just do it because, I don’t know, it keeps us sane. It’s kind of a romantic idea, but we just do it, and those people definitely just do it.”

art rock? is a series hosted at the Astoria every second Tuesday of the month. The next installment is Tuesday, November 10th from 8pm-late and will feature Mold Grows on Baby, Only A Visitor, n213 and PANTS. $5 cover. 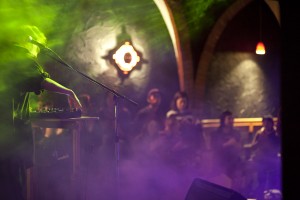 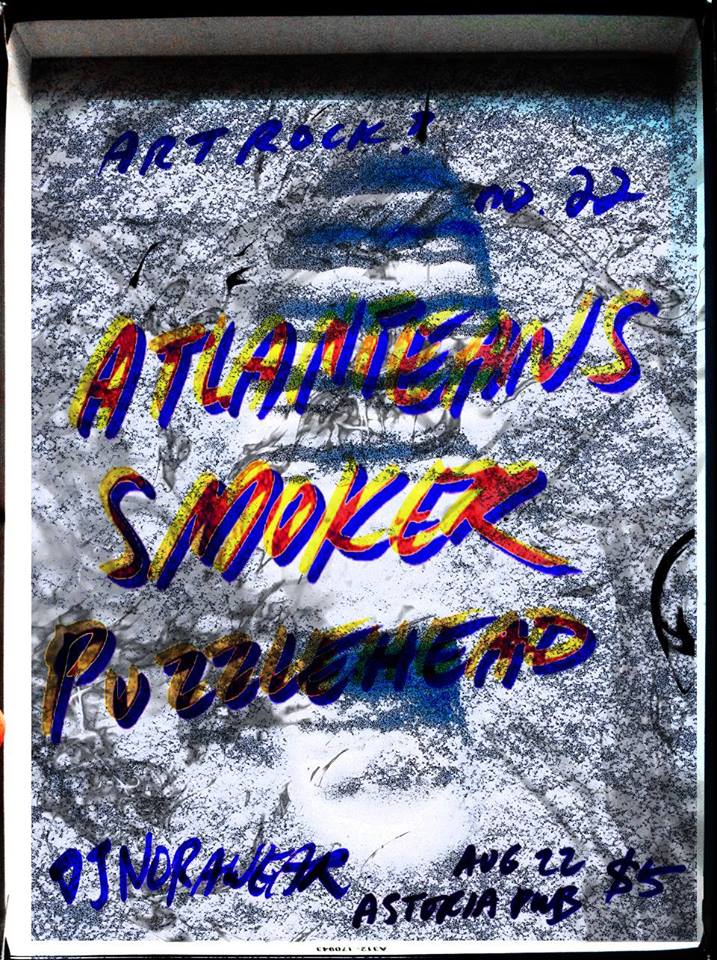