It’s impressive when such a large venue, aimed mostly at nightclubbers, still hosts local music in a big way. Even when Vancouver bands are squished in before an all-night dance party, the Electric Owl’s support for local grunge-punks is a huge step in the right direction for No Fun City. In this case, the Owl was open early to host EEEK!’s record release party for Move Real Slow.

Inherent Vices have gotten a lot better since I last saw them during Music Waste in June. This time around, when the garage-punk trio hit their stride with straight-ahead power-chord choruses they were a lot of fun to listen to, but their set was still largely hit-or-miss. The songs themselves, which hit the sweet spot around the two-minute mark, were solidly constructed and sounded great, but constant re-tuning, a few flubbed intros and inane stage banter quickly grated. Part of the problem may have been guitarist Chris Burnside, whose on-screen persona seemed either forced or drunk as he swayed around his mic stand. It was nice seeing bands look so relaxed on stage, but when the set highlight was a bass rendition of “Smooth Criminal” it might have been past the time to put on serious faces.

Dead Soft, new-ish Vancouver locals by way of Victoria, served up the perfect blend of ’90s grunge-pop and alt-rock and turn it into a tasty lo-fi milkshake. Songs were catchy first and noisy second, taking cues from The Jesus And Mary Chain, Ty Segall, and a little bit of Jay Reatard‘s cowlick charm. Frontman Nathaniel Epp handled crunchy surf guitar solos with a kind of lazy, snaggle-toothed charisma that was both endearing and hilarious, while drummer Rory Troughton effectively kicked the shit out of his drum kit. Heads in the crowd nodded enthusiastically and it was hard not to bust out into an ear-to-ear grin during the magnetic “Never Forever,” even if the band probably wanted it to be noisier than it was. Killer bass tones and rad-fun times make Dead Soft a welcome addition to the Vancouver family.

EEEK! might just be the most underrated band in the city. Take one part tropical bass hooks, one part knit-sweater shouting, and a few parts happy frustration and you’ve got the most fun you can have for under ten bucks. It doesn’t hurt that the quartet is chock-full of the nicest dudes you’ve ever met, or that bassist Rob Cameron is so fun to watch hunched over his instrument like a mad scientist. EEEK! are about as far removed from “pretentious” as you can get and the sizable crowd didn’t hesitate in joining the band in their ferocious positive energy. They mixed tracks off their new LP with old favourites, bounced around like nobody’s business, and played an encore with giant smiles that mirrored the crowd’s. Cascadia-based indie thrash has never sounded so good. Get off the couch and go listen to EEEK!. 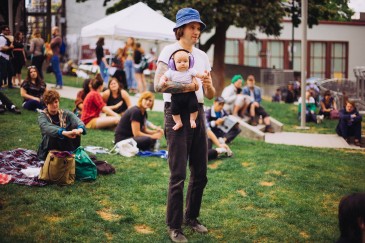 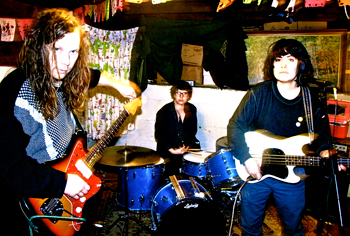