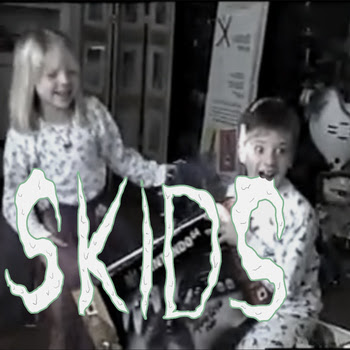 When Vancouverites hear of a band from the Fraser Valley, there is often a knee-jerk reaction resulting in an automatic dismissal, as if the abused instruments housed in the garages of suburbia are somehow tainted. Artists like You Say Party and Teen Daze, to name a few, are shattering the myth that great indie music exists exclusively inside the big city walls and Bleach Babes are on their way to adding their names to that list.

Bleach Babes represent a growing suburban youth culture emerging in the Fraser Valley that is slowly but smartly stepping away from the idea that music is something bought at a store that also sells tires and bath towels. With their latest EP, Skids, the Langely trio continue where their debut, Losers, left off, generating a pop-punk affair capable of converting any garage into utter mayhem. Their songs are raw, unfiltered, catchy and aimed at cultivating a vibrant teen punk spirit amidst a city full of strip malls and big box stores.

Bleach Babes have already shown growth from their debut full length, which was released in August. The two tracks featured on the EP (“Kelly” and “Hit The Skids”) have elements inspired by Seattle’s ‘90s grunge scene, but with a north-of-the-border sound that places them comfortably within the radius of Vancouver’s scene. You don’t have to take my word for it because, in the true spirit of indie music, you can enjoy all of their material for free from their Bandcamp page, and I highly recommend that you do.