The front cover of Five Alarm Funk’s latest album shows a silverback gorilla and great white shark about to engage in fierce battle, eyes ablaze and teeth gnashing. This seems a clever ruse though, because behind the scenes the two are quite close and appear to make beautiful music together. With Gorilla’s brute strength and ability to command attention and Shark’s sleek swimming groove and relentless bite, they’re able to create a party that’s nearly unstoppable.

Welcome to a world where anything is possible. Impressive is a band who can capture on record just a hint of how exhaustingly exciting they are as a live entity and this is what local afro-funk and everything else ten-piece, Five Alarm Funk has done. With a knack for setting stages ablaze and laying waste to dance floors from coast to coast Five Alarm once again deeply impress with their incredible energy and refusal to slow up the pace until the last notes have dimmed. Anything is Possible comes on sweetly with the Vancouver Bach Children’s Choir setting the stage of “Infernal Monologue,” and then 30 seconds on the band chimes in with a brassed out heavy metal intro. From there until the end it’s a dance party full of latin grooves, afro-beats, prog-rock and a soaring jazz-funk vibe that promises movement of the body for all but the most emotionally crippled. Fans of Five Alarm will be overjoyed with this record and the live promises it brings, and newcomers prepare yourself for an epic funk-battle! 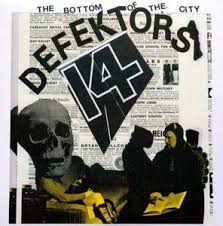