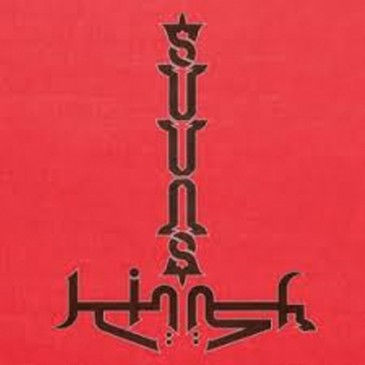 When I first learned that Montreal’s dark synth-rock outfit Suuns was digging up some collaborative tracks from a 2012 session with Constellation’s Radwan Ghazi Moumneh, of Jerusalem In My Heart, I didn’t know what to expect. Suuns is a hybrid of modern rock ‘n’ roll song structures and pummelling industrial and electro — and Moumneh is best known for his Lebanese-infused experimental synthesizer jams and drone art. The end result, as complicated as it is, is mesmerizing.

The self-titled album is a series of seven sketches, although that term must be used lightly. Although originally planned out over a seven day recording session meant to breathe life into rough ideas each band had on their own, what the two groups accomplished together is every bit as purposeful and meticulous as it is jammy and stretched-out. One imagines that at least one of the reasons behind the delay in S&JIMH‘s release has to do with the amount of recordings completed and the careful cutting-room job necessary to create something resembling a whole.

Suuns fans may be disappointed by the scaled-back drive exhibited on the new album, lacking the haunting bass work of Zeroes EP and Ben Shemie’s paranoid, whispered chantings. In its place, Moumneh’s synth-work and flange-heavy instrumentation fight for control between songs. It’s a welcome rivalry, creating an album of jammed-out centrepieces ripe with fascinating conflict.