The notion of originality in contemporary music is a fallacy. After all, there is only a finite number of ways to combine the same few notes to create something different. In order to make interesting music, an artist must assimilate their influences and attempt to rearrange the pieces into new shapes and patterns. Central to OK Vancouver OK, aka Jeff Johnson’s, success in making great music is his ability to do this with great skill and imagination.

On the rousing “Life’s A Beach,” he sings a tune elemental in its emotive power. It’s as though he’s reached into the ether and plucked out a song that hadn’t yet been found. The factory-like clangs and booms of “I Feel Nice” give way to an arresting, otherworldly passage of melodica. On “The Universe Is Fucking Real,” he sings about existential matters over a a Casio keyboard preset of “Twinkle, Twinkle, Little Star.” Elsewhere, he channels the spirit of the great American folk songwriters with “Come Alone” and “The Wind Blows In My Pockets.” In these songs he demonstrates his ability to write simple but memorable songs on acoustic guitar in a more traditional style, as well as finding an unexpected wonder from experiments with synths and keyboards.

Always at the core of OK Vancouver OK’s songs is a melody of striking emotional resonance carried by Johnson’s brilliant voice. The beauty these melodies capture is hard to pinpoint. It’s the kind of ephemeral beauty of the fading light, a stunning landscape, a smile from a friend or of any unique experience that reminds you that you’re alive. Or as he more eloquently puts it in the opening line of “Laying in a Park I Talked With the Dogs”:“What a special time as any is.” 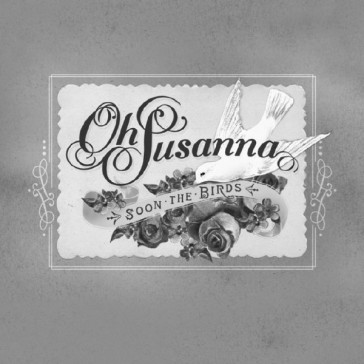