This was the first show I’d been to at the Waldorf since they renovated the hotel into the multi-roomed, tiki-themed phenom it is now, and I must give credit to their prettying up the place. It’s nice to see another live music venue starting to kick up some dust in this town. After checking out the rest of the building, I made my way into the bowels of the Waldorf, arriving with time to spare and elbows to rub. It was a small space with a scattering of wicker and plastic chairs lined up row upon row as if we were at a school assembly. The size and intimacy was perfect for tonight though, because the beauty of the music showcased was in its details.

Local jazz-noise instrumentalists Inhabitants took the stage first and proceeded to amaze. Opening with the bass-heavy slow-burner “Drop Descender,” from their second album The Furniture Moves Underneath, the group quickly found their groove and held on strong for a trance-inducing set that came together tight and fancy while simultaneously threatening to unravel and sink back into the soil. Drummer Skye Brooks let loose wild fills, making his craft look like child’s play, bassist Pete Schmitt confidently held down the low end of things while Dave Sikula shredded on guitar. JP Carter, meanwhile, spat out high end pops and cool wails from his trumpet, only to manipulate and loop them through effects pedals, creating a riveting wash of metallic beauty. Watching these well-seasoned musicians communicate and play music with each other has always been a treat and they clearly have a lot of fun and respect for each other on and off stage. Local jazz label Drip Audio is just bursting with talent and Inhabitants are an essential part of that pool.

After the gear switch, Christopher Smith and the Beckon Call took the stage. Not familiar with the band, I was taken aback at how different they were from the openers. But it was a pleasant surprise and a nice comedown after the jazzed-up, effects-laden madness of Inhabitants. There was something familiar and heart warming about the Beckon Call, maybe in due part to the simplicity of their soft-treading lullaby music for adults, or maybe it was their relaxed and friendly stage demeanour. Whatever it was I liked it.

Smith’s gentle love tunes were fraught with melancholy and hope, the brush of drums, the drone of an organ and his own sweet-and-subdued, yet powerful voice. The act played a fairly short set, causing me to want more. I’ve since checked out some older live footage on YouTube where the normally 4-piece band had included a small string section and If that ever happens again, I’d be there in a hot second. 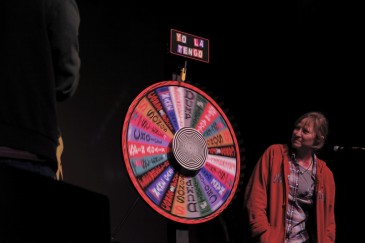 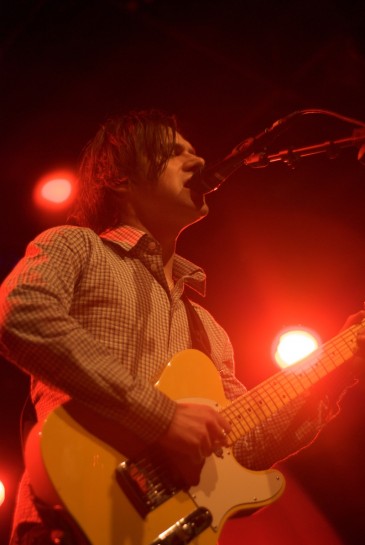 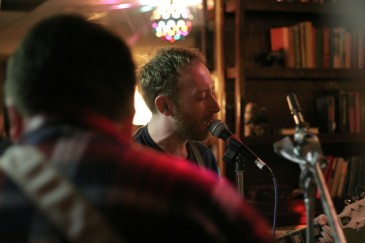