On February 18, at Selectors’ Records, Vancouver based C. Diab and V. Vecker, and Seattle based Medina/Walsh filled the store with their ambient, textural, and droning soundscapes.

The crowd slowly gathered into Selectors’ Records, located on the corner of Pender and Carrall Street, with ceiling to floor windows on the north and west corners of the store, letting in the colourful neon glow of the two Jack Chow Insurance buildings across the street. There were some chairs to sit on, but most of the crowd huddled together on the floor, clutching their knees, or sitting cross-legged with a beer in hand.

Diab nonchalantly approached his chair and prepared his bow with a shiny black cake of rosin. As the crowd began to notice C. Diab’s pre-performance ritual, the room started to get quiet. As he began tuning his guitar, C. Diab said,“Anyone know a good joke?” This was met with silence, followed by some (uncomfortable) laughter.

The set began with some gentle harmonics on the guitar that were then made into a looped bed. The most striking moment of this performance, was when C. Diab picked up his guitar and placed it in between his legs like a cellist, and with majestic proficiency, he began to play with a massive, distorted, delayed, and reverberant sound. He created melodic loops then improvised a melody over top. Diab executed this compositional formula for most of the set, even when he picked up a beat-up old trumpet with a thoroughly dented bell. What I craved from C. Diab, sonically, was some more textural and non-melodic sound, perhaps some more sul ponticello bowing for some added sonic dirt. My favourite moment was when he droned a very low open string on his bowed guitar, and played a pseudo raga. This moment felt liberating, getting lost in the wonderful drone. He even made a nice breath sound in the trumpet, but not to add to the music, only to clean the trumpet. I thought that breath could have added another dynamic layer to C. Diab’s sound.

Medina/Walsh were up next. The duo had a guitarist with a well-equipped pedal board, complete with lights flashing on and off; and there was another performer processing sounds on a laptop covered up with a blanket. The set was spectrally balanced in a very nice way — low sub frequencies to piercingly high frequencies. The duo beautifully took clear and melodic notes from the guitar, and gently blurred their sharp sonic image. Creating wonderfully grainy, and textural, aural images, Medina/Walsh left enough space for one to become lost in.

To cap off the night, V. Vecker hit up the stage with a keyboard, alto-saxophone, and a string of pedals attached to both instruments to sculpt his sonic landscape. It was a solid set that once again had some melodic and harmonic loops, and almost soul-like saxophone over massive frequency drones. I also craved a little more textural focus from the saxophone instead of getting an abundance of melodic material, but the constant looping of these melodies eventually fell onto themselves and created a sound that was simultaneously lovely and ominous.

When the performance finished, the night felt quite silent after being immersed in dense, complicated, sonic textures. If I listen carefully, I can still recall some of the vibrations in my body. 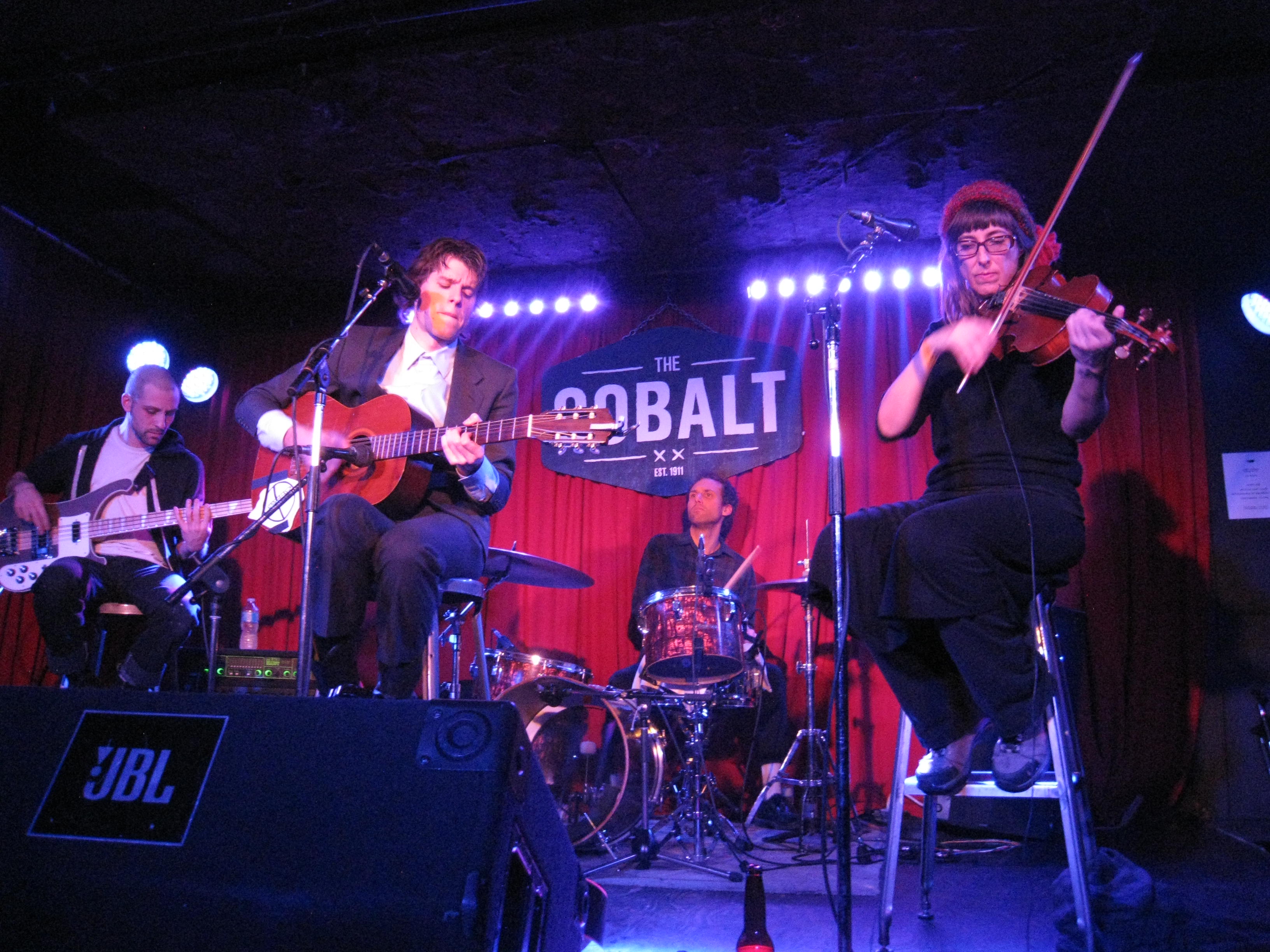 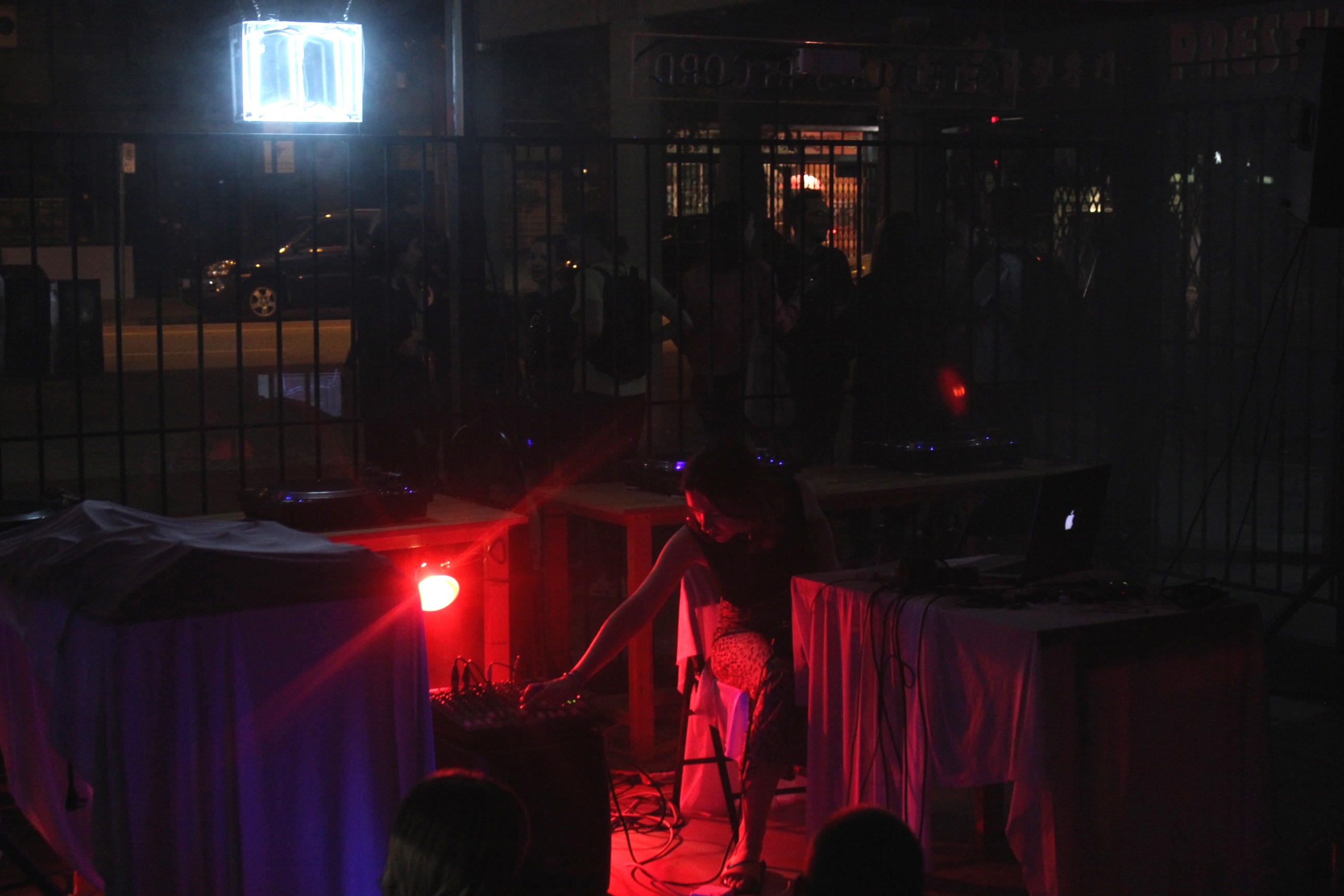