It was my first time at Café Deux Soleils, so I wasn’t all that ready for the hipster hive that awaited me. Not that there’s anything wrong with that, just be warned that it’s a venue that might feel too cool to anyone with glasses under a certain density. Intrepid reporter that I am though, I ordered a mason jar pint and settled in at the back of the café. Between the venue’s crowd of candle-lit tables around the stage and the waitresses serving food, the whole place had more of a jazz club vibe then a rock show.

None of the bands let that slow them down though. Openers Free City Collective launched straight into a brand of rock ‘n’ roll that ran from a mellow synthy sound to distorted hard rock whose driving base and shredding guitar had some Queens of the Stone Age aspirations. Even at their mellowest though, the band radiated intensity and passion which made it seem like they were playing a genuine concert hall instead of an over-sized coffee shop. Jun Choi in paticular, was probably the most controlled looking drummer I’ve ever seen perform. Not a single hair of his went out of place during the whole set.

The second act, Ville Kulla, is one of those bands that I want really badly to like. They seem like awesome guys, taking time to banter with the audience and feature a lead violin, which is pretty bad ass. The violin could have been left at home though because it was lost along with the words in the deep layers of distortion and yelling that made everything blur together into what I’m going to call ambient soundscape screamo. The venue was working against them the most out of the three bands; their infectious energy and passion made me want to mosh, not sit and clap.

Rococode was by far the highlight of the night, and most at home in the venue. The powerful lyrics of Andrew Braun held the crowded room in rapt attention, all set against the expert rhythms of Johnny Andrews and Shaun Huberts, who played for five years with Tegan & Sara before the formation of Rococode. Laura Smith’s powerful voice nearly stole the show with “TINA”, which is an old school, but slightly pop-ish ballad that added a nice bit of variety to their repertoire.

The most intense moment of the night though, actually came during a brief pause during the forlorn love song “Dreams.” It was an extraordinary silence that seemed to stretch on forever as the audience held its breath waiting for the band. The show as a whole was a great addition to the Original Spin music series, which I hope makes a triumphant return next year – ideally somewhere with a dance floor. 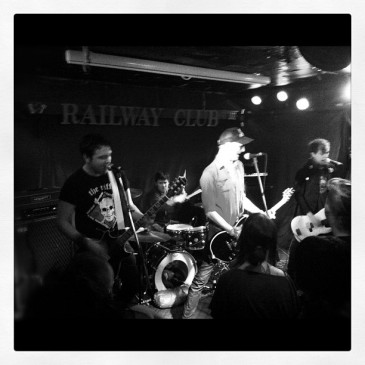 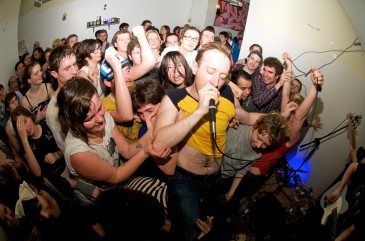 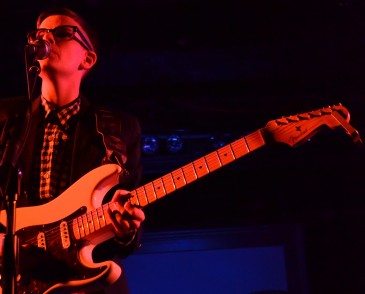