Saturday’s concert at the Chan Centre was a journey through unfamiliar landscapes. The Kronos Quartet is a string quartet probably best known for the scores to the films Requiem For A Dream or The Fountain, even though they’ve been at the forefront of modern classical music for 30 years, commissioning over 600 works from composers all over the world.

Tanya Tagaq is similarly innovative, in that she takes traditional musical modes to new places. As an Inuit throat singer, she’s collaborated with everyone from local dubstep producer Michael Red to Björk on the larynx-centric Medulla.

Next was Tundra Songs by Canadian composer Derek Charke, wherein Tanya Tagaq also took the stage. While the juxtaposition of the two musical forces was interesting, the throat singing was sonically overpowering, and the piece thrived in its less vigorous interludes, as when the quartet accompanied a spoken-word Inuit folk-tale.

After Kronos’ version of “Flugufrelsarinn” by Sigur Ros came the final and most riveting performance of the evening—a solo by Tanya Tagaq. She began with simple, cooing melody, which, punctuated by rhythmic gasping, took on a guttural tone—it sounded like a coughing demon interlocked with a yelping dog, evil imp or gasping girl. It built to anguished howls and the emotion she channeled was so intimate and real that it was almost hard to watch. It was a lot to take in; super-musicians precisely rendering complex modern classical music, unchained passion and earthy power, all in one show—it was an expansion of my musical universe. 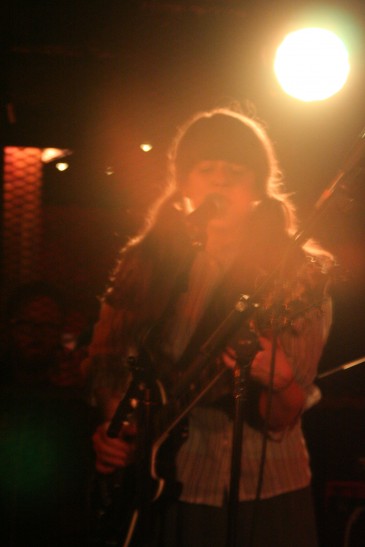