Psychedelic Horseshit’s FatCat debut, Laced, combines ultra lo-fi production with a d.i.y. spirit that is not afraid to obliterate boundaries. From its opening seconds, it is immediately apparent that Matt Horseshit does not subscribe to any form of musical consistency, instead preferring to blend together odd blips of noise to form backgrounds, foregrounds and cavernous loops, and then changing the entire formula on the very next track. This unorthodox approach fills hooks and choruses with mashed bits, hyperactive electronica and rhythms that you might experience in a drum circle. The effect is something along the lines of a caffeine overdose.

Like an unstable love affair, Laced has fleeting moments of brilliance, which leave the listener wanting more and ultimately feeling frustrated when the urge is denied.

Matt Horseshit’s nasal tone adds to the raw and unpolished noise-pop, with his vocals merely flirting with the idea of a tune. Oddly, he is at his best when he is accompanied by his acoustic guitar, adding a somewhat folk feel to the revolving stew. The final track, “Making Out,” changes everything by presenting a catchy, well developed hook, distinct rhythms and vocals we can actually sing along to.

Even though most of Laced consistently demonstrates a loose connection to musical patterns, there is something gravitational about the project. Perhaps it is the hope that on each subsequent listen, greater themes will emerge and stay awhile longer. Perhaps it’s the search for satisfaction amid the layers of distortion. Regardless, the album is Laced with addictive material and it is difficult to stop listening to. 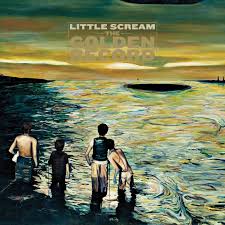