If it weren’t for Mumford & Sons, most Sasquatch-goers might have let their Saturday afternoon hangovers convince them to stay in their tents. “Little Lion Man” blasted from the secondary Bigfoot stage as the campsite exodus made its way to the festival grounds. Their epic rain-down folk rock sound didn’t seem to belong on a sunny day in the desert. It wasn’t until the finale, “Roll Away Your Stone,” with its banjo-rich, foot-stomping Maritime feel, that the band really got into it.

Edward Sharpe & the Magnetic Zeros brought a cheery, crowd-pleasing sound to the Bigfoot stage. Hundreds hung around to soak in the ooh-and-ahh rich sounds, clapping along as if they were watching a kids television show. Co-lead singer Jade Castrinos wore a mesmerizing gold dress, which I think caused one spectator to drop trou and attempt a streak. Attention turned from the stage to see security guards restrain the red-faced, bare-bummed fellow and cheers erupted as they dragged him off with loose arm holds.

The National blew my mind or maybe it was something I smoked. Brooklyn’s finest blistered in the sun as it set behind the majestic main stage. Lead singer Matt Berninger’s mellow croon meandered drunkenly between the plush layers of guitar. The trumpet and trombone gave a regal glare to the arrangements, but it was drummer Bryan Devendorf who shone. Resembling Richie Tenenbaum in a hoodie, headband and dark aviator glasses, each rimshot and bass kick crashed out of the speakers like sparks, exploding through the lush orchestration. The crowd roared its approval as the band launched into “Secret Meeting,” off 2005’s Alligator, and “Squalor Victoria,” from 2007’s breakthrough Boxer. It was then I realized that the joint I’d smoke might have been laced with something. The setting sun lit up the individual skin cells on the back of my closed eyelids. But I felt comfortable, cozy even as “Apartment Story” folded me into the gorgeous, glowing surroundings. I’d achieved some kind of enlightenment by the time the velvety, lullaby tones of “Fake Empire” sounded out.

Who knew the hipsters love their hip-hop? Kid Cudi and the Sasquatch organizers, that’s who. The Tribeca, New York, by way of Cleveland, Ohio, rapper owned the main stage with his Busta Rhymes flow and Mick Jagger swagger. It must be the synth-heavy beats of songs like “Cudi Zone” that sway the kids or maybe it’s the party-first, puke-later mentality presented in “Memories” (by David Guetta, but featuring Cudi) that they can relate to. Or the style: what kind of hip-hopper sports an Anthrax t-shirt, skinnies and skater shoes? Whatever it was, the crowd was eating him up. He had the hill dancing, the floor fist pumping and some girls in the front sticking their fingers in his mouth. He didn’t need to sing “Day ‘N’ Nite,” but he did anyway, strutting along the front of the stage. And as a final sign of his benevolence and grace, he brought out Michael Sharpe, the fan he punched in the face at a Commodore show back in December, and assured the crowd that “He forgives me.” How could he not?

Watching Tegan & Sara it wasn’t long until I realized Tegan looks like the unrequited love of my life, and therefore I loved her too. And you know what? I think she liked me too. “The sight of all of you looks so gorgeous,” she said as they donned electric guitars and launched into the straight-ahead rock of “Hell.” “The Con” filled the amphitheatre with its scratchy, forceful and heartfelt melodies like the clouds that dulled the sear of the sun. Dancing broke out with the crisp precision of “Walking with a Ghost.” The duo’s Canadian politeness shone through with sincere thank yous after every song. Still, if I was putting together a mix tape of Sasquatch, I wouldn’t put Tegan & Sara where the schedule organizers did. After Kid Cudi riled the crowd up, the Quin twins seemed a bit of a letdown. But they were just warming us up in a different way. The plaintive, heartrending, remorseful entreaty of “Call It Off” melted something inside me, and the tender talk after summed up Tegan & Sara’s charm. “You all look so loving and affectionate,” Tegan said. “I wanna come out there and give you all a big hug. Then break up with you.” The finale, “Living Room,” with its railroading bass thump and country and western steel guitar twang was a suitable sendoff, followed as it was by the requisite and oh-so-polite goodbye.

The xx come all the way from Britain, and two girls I spoke to followed. Emma and Charlotte—cute, diminutive, fair-skinned dames—planned to visit the U.S. to attend a summertime music festivals, but didn’t know which. Then they saw the xx on the lineup for Sasquatch, and booked their tickets. So what’d they think of the band they’d never seen before that they travelled across the Atlantic Ocean and hitchhiked from Seattle to the Gorge just to see? “It was alright,” said Emma. “They sound so atmospheric on record, it’s hard to replicate that live,” Charlotte added. “A lot of people wanted to dance to them, but couldn’t, so they left.” Still, there was something that made the transatlantic trek worthwhile. For Emma, it was the subdued, hush-toned VCR, featured in the TV series “Lie to Me,” “the only song the crowd knew.”

Say it ain’t so, James Murphy. LCD Soundsystem’s founder and lead singer has said that 2010’s This Is Happening is the electro-pop-dance band’s last album. It makes sense that someone once offered a writing job on Seinfeld would know when to go out on top, but anyone who saw the System the following night at the Malkin Bowl knows that it’s way too soon to call it quits. Sure, Murphy looked like a washed-up lounge singer with his four-day beard and dress shirt unbuttoned. They kicked off their main stage set with the insistent, beat-driven “Us vs. Them.” A self-declared “band of long songs,” the System kept the energy up with tongue-in-cheek party anthem “Drunk Girls” and Murphy did his best David Byrne on “Pow Pow.” Of course Murphy wasn’t up there alone. To his left was Moog master Nancy Whang, whose face remained unexpressive, which added a B-52s feel to “Daft Punk is Playing at My House.” Drummer Pat Mahoney, who looked like Zach Galifianakis if he played with the Police, carried the beat on “I Can Change,” which sounded like the Promise’s “When In Rome” (you know, the song played near the end of Napoleon Dynamite when he’s playing tetherball with Tina Majorino) covered by Depeche Mode. But in the end it was Murphy’s show. He sang into the CB radio-like mike like a truck driver crying for help before falling off the wagon and becoming a karaoke star. As the sun descended, neon laser beams blasted across the back of the stage, lit up by a epilepsy-inducing strobe light. “All My Friends,” had the crowd come together for a strange sun salutation, casting hands up in the air and out to the right in a gesture of unity, of thanks and of goodbye.

So Pavement reunited. And nobody seemed to care. Stephen Malkmus’s ’90s alt-rock project might have made Weezer’s Pinkerton possible, but will forever remain one of the bands that inspired other musicians, rather than wrote hits of its own. People were more interested with what was going on with their cellphones than what was happening on stage. (One guy was doing a crossword on his BlackBerry. Seriously.) Malkmus sounded flat and overexerted rather than rejuvenated. No amount of beer-bottle slide guitar could make the dischordant, disjointed sound appeal to the crowd that responded best to the harmonic and joyous. “No one will dance with us,” Malkmus sang on “We Dance” from 1995’s Wowee Zowee, and I can’t blame them. Even “Stereo,” the band’s mainstream hit from 1997’s Brighten the Corners, couldn’t rouse the crowd. It could have been the screamy, raspy vocals—or maybe everyone was just too young to remember. They tried to kick it up a notch after the lo-fi downer “Here,” off Slanted & Enchanted. But even the dancy Blur-like drum-beat of Two States, off the same album, with its watery woohoos, couldn’t do the trick.

Arcade Fire couldn’t make it to Sasquatch, so the Seattle Rock Orchestra filled in. At least two dozen musicians—strings, brass and woodwind sections backing up conductor-bassist Scott Teske, a guitarist, drummer and accordion player—replicated the mournful and elegaic tones of the pride of Montreal. The orchestra, made up of volunteers, performed the Grammy-award nominated album in its entirety to 200 people at Seattle’s Fremont Abbey in November, so Sasquatch gave them the opportunity to share the critically acclaimed performance with a bigger crowd. Frenetic frontwoman Kaylee Cole banged on a kettle until she broke it, alongside co-lead singers Whitney Flinn and Josiah Johnson. It was a spirited effort, a community theatre company putting on a Broadway show, and the crowd showed its appreciation through dance and song. From the thunder-crash drums and shout-along lyrics of “Neighborhood #3 (Power Out)” and the rise-and-shine, utopic joy of “No Cars Go” to the undeniable disenchanted power of “Rebellion (Lies),” SRO tapped into a vein that gushed forth warm, loving and passionate blood. 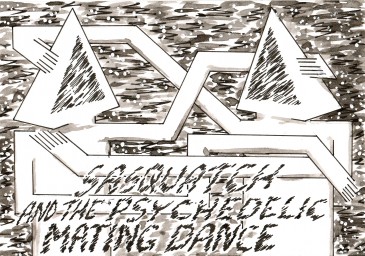 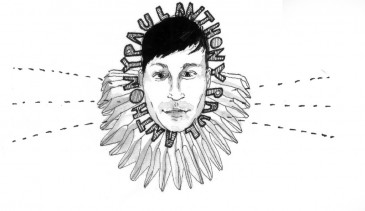