Oh what a difference a month makes. Truth be told, it was a busy time for yours truly as I spent April venturing south of the border on a rock ‘n’ roll path of good times. But having returned road-worn and weary, I am armed with a stack of goodies to share. Let us begin with our hometown heroes and road warriors themselves, the Jolts and their newest slab, set to stun on creamy yellow wax. Side A kicks off with “Kaminari Lover,” and if you keep up on Japanese mythology as much as the Jolts do, you know you don’t wanna mess with this weather goddess. She controls thunder and lightning. So needless to say, these boys bow to her altar, offering a surging mid-tempo storm of their own rock fury with swelling guitar breaks and lumbering bass to keep her at bay. Seeming unconvinced, she steps up her game and the boys follow suit with “Loser (Baby I’m A),” which barrels full-steam like the howling winds of Kaminari’s sister, Kamikazi. But the Jolts are on no suicide mission here—only victory is in their sights and they live to see and rock the hell out for another day, and you get to enjoy this for even longer.

Welcome brothers and sisters of the two-wheeled show stopper, to your new favourite band, the Vicious Cycles! Their misfit motorbike beat comes courtesy of their debut platter of twang and clang for one and all to hear. Well maybe not everyone. Moms and dads may not want to bear the racket. [ed. I would like to point out that since Bryce is a father, he is an authority on what dads like.] Crank the bars, step on the gas and tell your folks to stuff it in their tailpipe, cuz “Momma” you’ve got to ride! Your friends will say that you’re “No Good” for listening to that hill-billy punk stomp; but who cares? You’re too busy doin’ the “Kickstart” to notice and so are the members of the Vicious Cycles Motorcycle Club. So join them in a rousing rendition of “Food, Sickles & Girls” and keep the rubber side down, friends; this is rat bike rock ‘n’ roll!

What ever happened to the “fanzine”? You know, the magazine for fans, mostly music-based of course, but with the floodgates of the Internet opening to the blogosphere, it seems that the lost art of getting your hands dirty while reading about your favourite bands has gone the way of the dodo. Thankfully there are a few beacons of hope left like our fine Mongrel Zine and Corporate Rock Knock Out from Germany. Now even though most of the content of Corporate Rock Knock Out is in a language I can’t understand, I can still get my hands dirty because it came with a bonus 45 of the Steve Adamyk Band, and boy what a bonus! Two tracks of power pop pizzazz from members of Sedatives, a punk rock powerhouse from Ottawa. “Speed It Up” is a revved up and ready to go tune, much like the Queers’ finest material. “20/20,” while not an ode to the great band from Hollywood, is a tip of the hat to a more modern version of that legendary combo, the Exploding Hearts, with its swinging backbeat and ooh-la-la backing vocals. With summer almost here, this is the first song (or songs, take your pick) of your soundtrack.

And while we’re on the subject, don’t forget to add Young Governor’s “Cindy’s Gonna Save Me” on that mixtape ’cause you’ll be hummin’ this one for days after just the first 30 seconds. Shimmery, upbeat and chock-full of melody would not necessarily be normal words to describe a guy who played for a veteran hardcore outfit (No Warning) and now plays for another veteran hardcore outfit (Fucked Up), but Young Governor (a.k.a. Ben Cook) will blow your preconceived notions out of the water with this single. We should have known he had this ace up his sleeve from his time in the criminally under-rated Marvelous Darlings (if you do not own any of their singles, you must stop reading this and surrender all monies to your local record dealer now), but wow, this is amazing. “Cannabanoids” is, I think, what Cindy is gonna save me from, ‘cause whatever Ben is smoking, I’m not sure I want any. Either way, track this—and Young Governor’s other releases—down. It will not disappoint.
Carry on, friends! 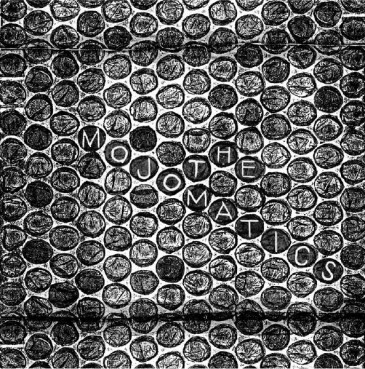