Olå amigos! Summer is almost here and who better to usher in our favourite season than the boys of summer, the Isotopes? They step up to the plate with a new EP called Heatseeker [ed. We’re talking about the local baseball-themed punk band called the Isotopes, not the Rochester surf guitar band or the British jazz rock group.] Now truth be told, I hate baseball—it ranks alongside golf as one of more boring sports to watch. But, I’ll cut these guys some slack as they do knock it out of the park with four blasts of pop punk that’ll have you cranking the stereo to drown out the sound of the hockey fans that are bemoaning the premature demise of the Canucks playoff run. If Screeching Weasel was armed with Louisville sluggers, this is what the Isotopes sound like as songs like “Suicide Squeeze” and “Poison In The Clubhouse” will no doubt burrow their buzz-saw melodies deep into your brain and try to provide the armchair cynics like me a soundtrack to swing some bats to. Catch these guys live as they bring the heat June 10 to the Red Room in support of New Hampshire’s punk rock gods, the Queers, to see (and hear) what all the fuss is about.

I blame my anticipation for the arrival of hot times in the old town tonight for not reviewing these next two releases sooner, but two local bands were given 7” status recently courtesy of French rock-and-roll label Yakisakana Records, and both are definitely worth putting down the beer and getting off the couch for. Dead Ghosts continue in their dominance of badass garage stomp with two new winners in “Bad Vibes” with its cathartic, Cheater Slicks-styled basement rock, and “Mayday,” which gets a little neo-rockabilly on your behind with the help of some finely placed yelps and a head-boppin’ melody to boot. There’s a split single out with a choice cut from the Dead Ghosts sharing a side with the similarly sloppy Smith Westerns, who are out of Chicago, that’s worth a listen, but everything these guys do is top notch. A former and a current Dead Ghost makes up two-thirds of Manic Attracts, who work a slightly punkier side of the garage with “Shut It,” all three tinny chords and a cloud of dust, backed by a moodier mid-tempo number in “Teenage Teenage” reminiscent of Jay Reatard’s current output of lo-fi pop, but all in all pretty sweet. These cats don’t play out live too much, so grab this release and make a point of seeing them if they ever hit a stage near you.
Enjoy and see you next month!

Dead Ghosts/Manic Attacks Split EP
Yakisakana Records
Hit up Dandelion, Red Cat or any of our finer indie record shops for a copy 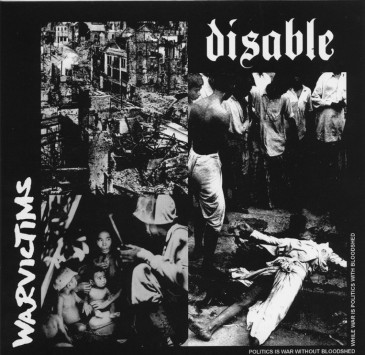