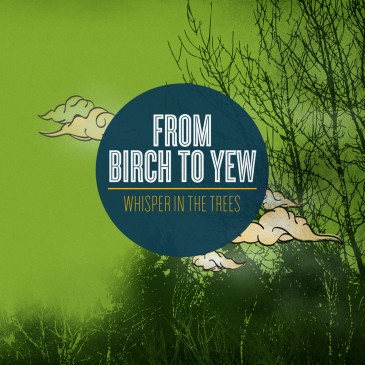 Vancouver, singer-songwriter Norika Yue, better known as From Birch to Yew, has released his acoustic-driven debut album, Whisper in the Trees. On the surface, From Birch to Yew hangs on the mainstream pop-folk side of things, like opener, “Company of Mine,” which starts off sounding like a City and Colour number. But, like many of the tracks on Whisper in the Trees there’s a pleasant build up or outro that takes the song a notch higher than its predictable Top 40 contemporaries, and the unexpected heavy drums that come out toward the end, paired with delicate piano, add some punch.

Yue also finds a more a sophisticated and mature tone with the stripped down and intimate tracks, “The Gargoyle” and “Dreamer.” Both feel like soothing lullabies with their waltz rhythms, gentle arpeggios and sentimental lyrics. Picking the tempo back up again, “Rain and the Seed” is one of the album’s stronger tracks. The sweet little pick-up half way in leads to a surprising harmonica riff that is a definite high on the album. And, like a grace note, the final song “Girls I’ve Never Had” ends the album in a cute, simple, and not so serious manner. This is a clever choice as it balances out the rest of the album’s calm and lament vibe.

From Birch to Yew’s first kick at the can, certainly makes you want to unwind and saunter through the woods, and yes, whisper to some trees. But sometimes a good shout, tantrum and perhaps, scream at the trees is needed for that extra push.