by our local featured artists 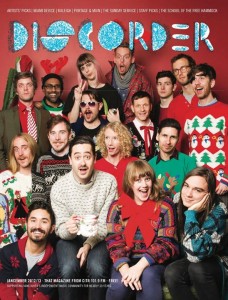 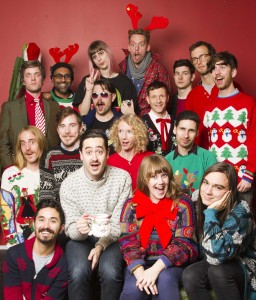 LOCAL: Japandroids, Celebration Rock These songs really are a celebration. In fact, I don’t think I’ve heard a song quite as anthemic as “The House That Heaven Built” in a long time.

ANYWHERE: Getting into AC Newman’s new record, Shut Down The Streets. I’ve always loved the complexities of Newman’s song structures. They’re sophisticated and singable at the same time. If you care about song composition, it’s fun to try and deconstruct what he’s doing. If you don’t, well, the songs are still highly satisfying to listen to.

ANYWHERE: Each Other, Heavily Spaced. Along with the Mandates and Brazilian Money, one of the sweet finds at Sled this year. Eerie melodies and driving beats that feel stuck in molasses. We think we might be playing a 45 backwards at 33. Deerhoof on Valium.

LOCAL: Noble Oak, We Decide/Heaven EP. Three dreamy tunes that became a welcome addition to my nighttime playlist. Credits to Noble Oak for evening out the mental chaos of my regular work week.

ANYWHERE: TEEN, In Limbo. Lo-fi indie rock that’s been buzzing in my headset ever since I saw them play at the Media Club. Each playback is a subtle reminder of how fantastic they were live and how hard I swooned at their show.

LOCAL: Grimes, Visions. We know she’s technically based out of Montreal, but she’s a local to us. Just a great great album. Easy second runner up, the New Values debut. Great songs! One of the few bands that is so killer live and put out a record that managed to translate that!

ANYWHERE: Trust, TRST. If you’ve heard us and heard Trust you’d know that we would consider these guys kindred spirits. This record was a highlight of the year.

LOCAL: V. Vecker Ensemble, In the Tower. Psychedelic in all the right ways.

ANYWHERE: Eagulls, Eagulls. Raw sounds from Leeds. You will have the song “Moulting” stuck in your head for days.

LOCAL: White Lung, Sorry. Duh. The best part of the record is that it’s 19 minutes. Rumor has it they are working on a 19 minute version of Pink Floyd’s The Wall.

LOCAL: Jordan Klassen, Kindness EP. We played with Jordan in Victoria for Rifflandia and his band put on a really good show. He’s in the Peak Top 3 this year and we’re hoping he’ll do well.

ANYWHERE: Godspeed You! Black Emperor, ‘Allelujah! Don’t Bend! Ascend!. They were my favourite band when I moved to Vancouver years ago and this is their first new album in 10 years. I saw them play at the Vogue and there was a kid getting arrested for trying to sneak in multiple times, screaming, “You don’t understand! I have to see this show! It’s been 10 years!”

LOCAL: Needles//Pins, 12:34. What a great record! It doesn’t even have to be so good, because it has “Drop It” on it and that could carry the whole thing on its own. I guess probably a few people picked that so I am gonna say the new Japandroids is awesome as well. Jesse Gander’s production is a huge step up from the first album and it all just sounds so young and energetic and eager to show you how much fun it’s having, which is great!

ANYWHERE: Frank Ocean, Channel Orange. This is such a good record. I listened to it every day when it came out and am even coming back to it a few months later. It sounds great and it makes an excellent argument for the album format. I saw him at Coachella when he played “Thinkin Bout You” and when he hit that falsetto, it was insane. Girls were screaming and guys were throwing their hats in the air. Instant classic status!

LOCAL: Cascadia, Conditionally. These guys are the best band in Vancouver. First time we saw them was at a weird show at the Biltmore and we were all hooked instantly. So many layers of grunge sediment with perfect pop melodies at the bottom.

ANYWHERE: Naomi Punk, The Feeling. Tight homies and kind of labelmates with Weed. I get physically nervous every time I see them perform. My body swells with pride. My heart sinks, in a good way.

LOCAL: Peace, The World Is Too Much With Us. Also, the Watermelon singles. But the only local album I own is the KC Reeves cassette by the Courtney’s, which I really like. My boyfriend / bass player Ian bought it at the 420 show at 360 Glen. It came with a pot cookie that made us feel like shit.

ANYWHERE: Samantha Glass, Midnight Arrival. It was released by Not Not Fun Records and the tape was sent to me by them. I listened to it over and over when I first got it. I liked it so much I got in touch with him, and we are now working on a collaborative album due out in 2013.

We’d like to give a huge thanks to Community Thrift & Vintage at 41 W Cordova for donating super styling garb to our cover shoot for this feature. From holiday sweater season to unique everyday wear, they’ve got you covered, and support the heck out of our community to boot. 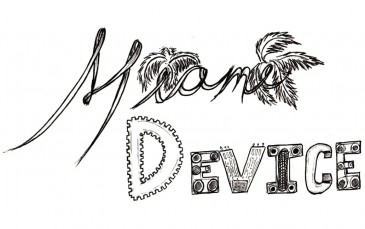 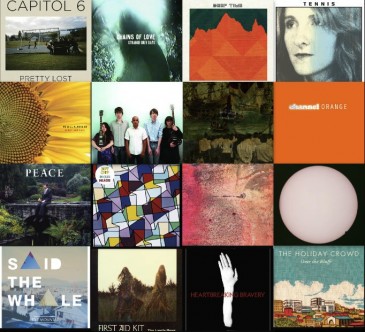 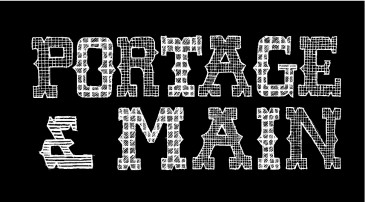