Currently, it’s easier than ever to dust off an old act with some new, half-inspired material and milk the old nostalgia for some ticket sales. On their latest tour stop in Vancouver, former underground legends Dinosaur Jr. managed to do just that. The tired prestige of the Commodore’s high ceilings and an impressive weekday crowd turnout couldn’t dress up the fact that Dino is only a faint ghost of their former rock glory.

Disheveled and playing like he was doing some deskwork, Dino bassist and all around indie rock god Lou Barlow opened the evening with a cursory set of old standards and a few new tunes. It was impressive to be in the presence of a voice that has spawned the style of a whole generation of d.i.y. rock, but the set was mostly forgettable, save for his rendition of “Spoiled,” an underappreciated gem from the soundtrack to Larry Clark’s 1995 film Kids.

Black Mountain front man/Vancouver rock mainstay Stephen McBean and his cleverly titled Pink Mountaintops took the stage next and proceeded to stultify the crowd with their tight yet painfully blasé jangle-pop songs. It might have seemed like a good idea at the time, but there is a multitude of Vancouver bands that would have fit this bill better… like Dino’s label mates Ladyhawk, for instance.

When Dino lead guitarist J. Mascis and his mass of long white hair finally took the stage with Barlow and drummer Murph in tow, they did little to save the evening from the sedate atmosphere that had been established. There were a few raucous shouts of approval and everyone seemed to get a kick out of classics like “Feel the Pain,” “Freakscene” and “Little Fury Things,” but it wasn’t enough to rekindle even a bit of the flame. Mascis worked the whammy bar with little enthusiasm and the crowd returned the favour, showing their devotion with mild applause.

I’m not naïve enough to think that a band like Dinosaur Jr. is going to sound as good as they did on record 20 years ago. However, I did see them on their initial reunion tour in 2006 at the Phoenix Theater in Toronto and was privy to a show of virtuosity that made this outing seem like a rehearsal night instead of the real deal. Unfortunately, it seems that growing up and watching your favourite bands ape the spectacle for a pay cheque might be exactly what the Eagles and your parents made it out to be. 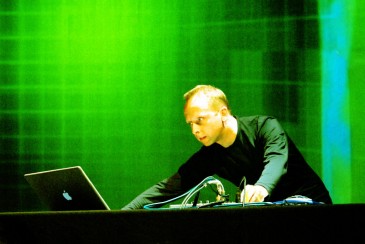