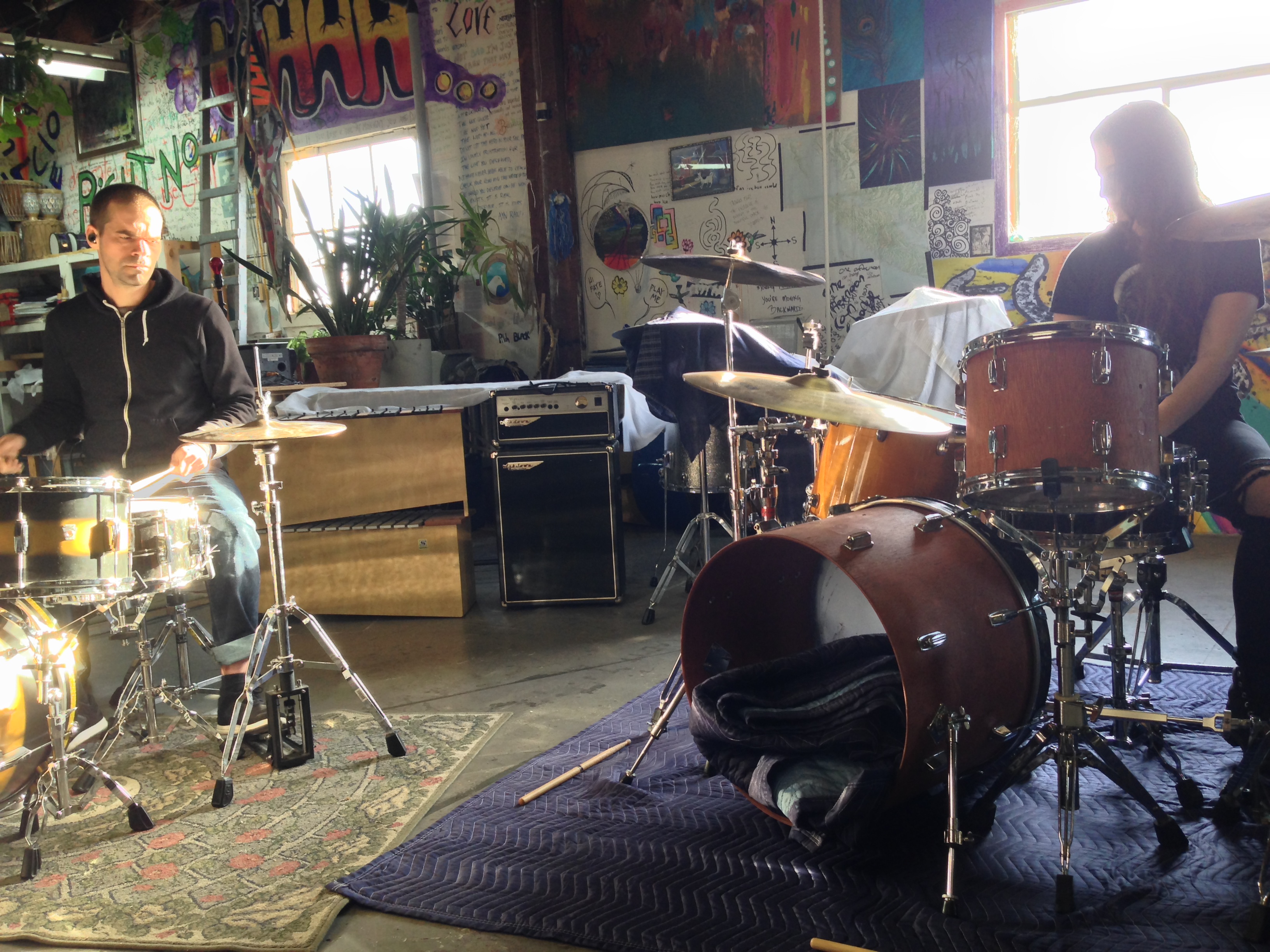 Set 1: Julia Geaman sat tentatively behind her drum kit. Slowly and softly, she began to tap on the snare drum, building up a roll. As it grew louder, Geaman removed the occasional hit, creating a stuttering, slightly off-kilter pattern. After a minute or so, a heavy kick entered. Followed by another and another, Geaman’s double kick pedals filled out the bottom end of the sound. Moving her sticks from the snare to the two toms, Geaman increased the volume and intensity of her drumming into a pummelling onslaught. The power with which she struck the kit vibrated the spare set of drum sticks off the kick drum, sending them clattering to the floor. After a few minutes of ever changing, but relentlessly heavy drumming, Geaman added in the cymbals placed high above her kit. With this added brightness to the sound, the tempo settled in at a steady and driving pulse. Suddenly Geaman’s sticks stopped moving and her feet moved from their pedals. As the ringing of the kit faded away, Geaman looked towards host Ben Brown, whose eyes told her to keep going. So Geaman started up again, this time using the cymbals as her starting point, again building the intensity and volume to a fever pitch — her snare snapped so tightly with every strike it almost hurt.

Set 2: John Brennan lifted a loose cymbal from the bag beside him and dropped it on the floor. In the midst of its clatter, he grabbed his sticks and scattered them across his kit. Without any hesitation, he was off, exploring with the confidence of an experienced improvisor, the myriad sounds to be unearthed from a drum kit. He avoided any fixed rhythm for most of his set, only occasionally locking into a groove before darting away from it once more. About half way through, as the intensity of his drumming waned, he reached into the bag beside him and brought out two small cymbals which he placed on the surface of his snare. With two small steel drum mallets, he tapped the new hardware, sending his set off in a more meditative direction. After a few minutes, he pulled out a bow and began bowing the ride cymbal. The almost feedback-like drones that emanated filled the room, vibrating the snares on the other drum kit. As Brennan let the final pass of the bow ring out, he settled back onto his seat, and said “Thanks.”

Set 3: John Brennan rubbed a glass-headed mallet across the skin of his floor tom, letting a low whine emerge and roil around the room. Julia Geaman sat still at her drum kit, sticks quivering over her cymbals. As Brennan’s drone built, he added some haphazard kicks and hi-hats. At this, Geaman lightly tapped the cymbals, barely audible against the storm of sound rising from Brennan’s kit. As he confidently and casually added more and more to the soundscape in the room, Geaman’s gentle and hesitant playing seemed lost, but after a few moments, Geaman struck her snare and kick in unison, piercing through Brennan’s wall of sound in a burst. She did it again and again, until a steady rhythm emerged. Leading the way now, Geaman added more, letting her sticks plough around her kit. Brennan, whose drone had long since been drowned out by the rest of the two kits, abandoned the glass mallet for sticks to keep up with Geaman. His left foot bounded up and down on the hi-hat, adding a quick and almost frenzied air to the set. Geaman, whose double kick pedal increased in velocity until a torrent of low-end sound carried the two drummers along. Always adapting to each others’ playing, Brennan and Geaman constantly shifted the percussive soundscape, never settling in on any groove for too long, varying the intensity and intricacy of every moment, until they gradually let their kits fall silent and their limbs lie still.

Conundrum is a monthly show series organized by percussionists Ben Brown and Greg Samek, held in Samek’s studio space at 240 Northern St. Each month, two drummers are featured, playing a solo set each and a set together. Conundrum aims to bring together a wide variety of drumming and percussion styles and genres, showcasing the diversity and flexibility of the instrument. 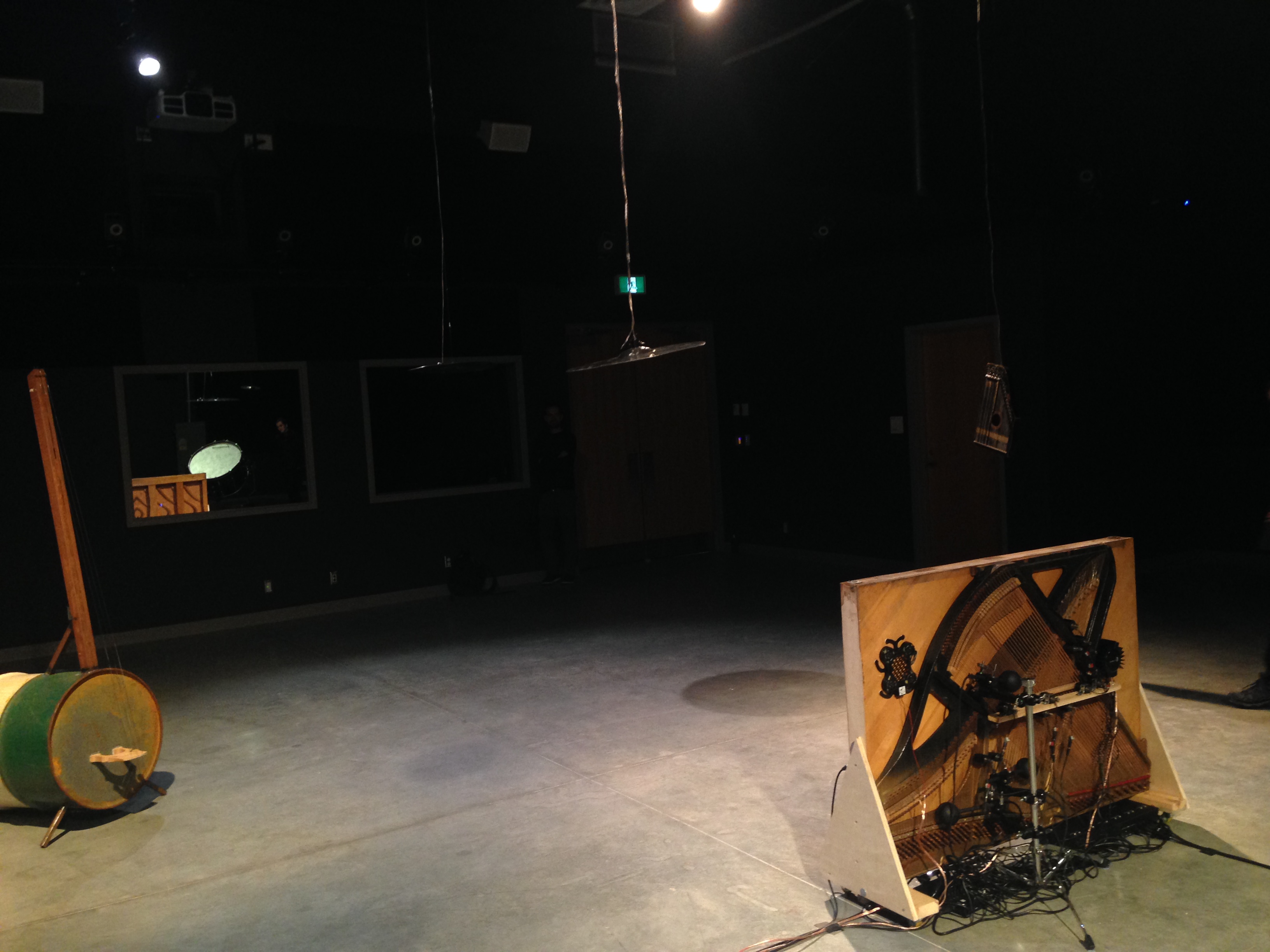 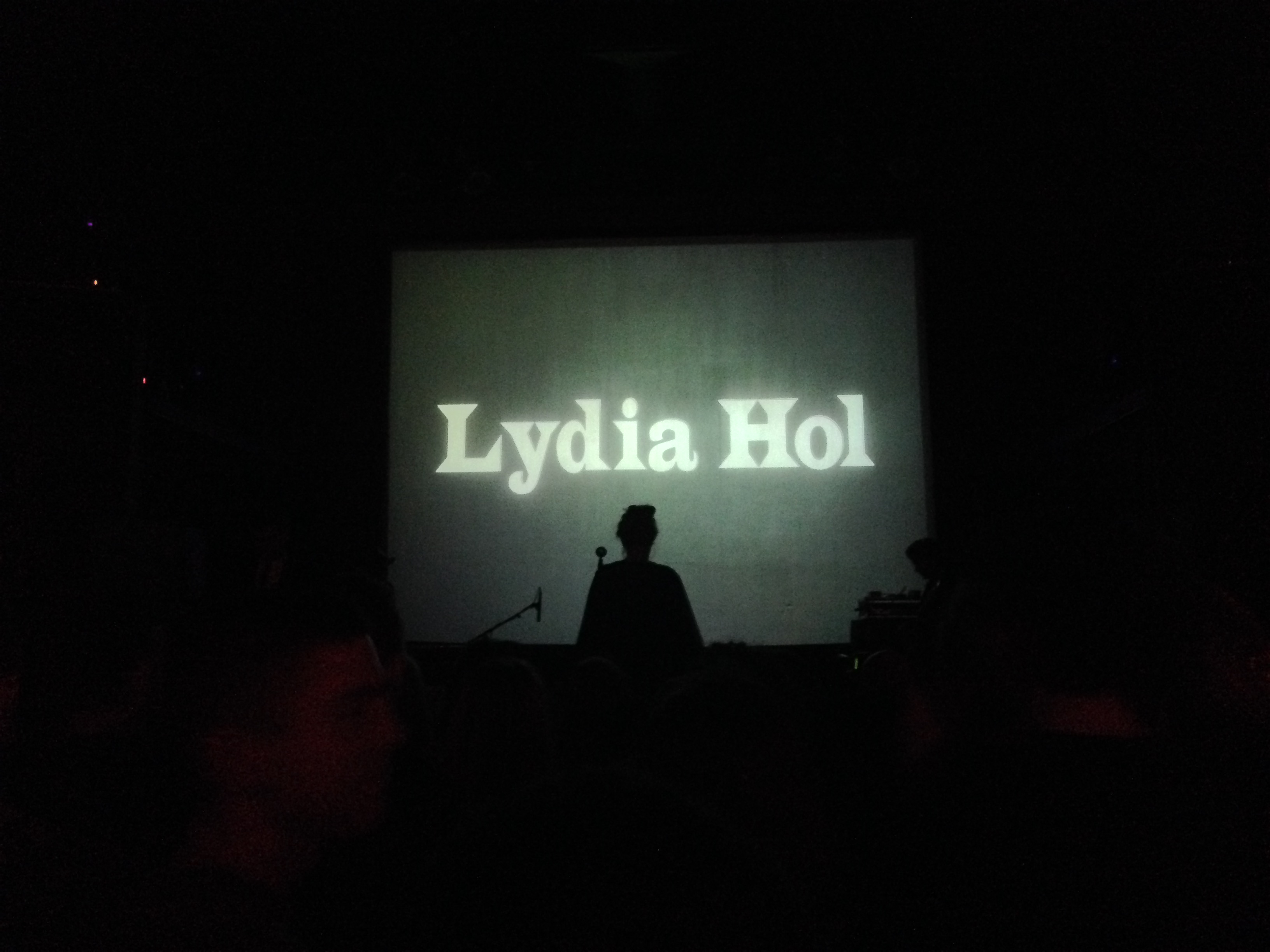