EDITOR’S NOTE: Yes, I accidentally assigned a review for a book from 1996. It was a pristine copy that was recently sent to Discorder from a publisher for unknown reasons, and I didn’t open it before adding it to the pitch list. But honestly, I’m happy we reviewed this! Elizabeth Holliday did a great job. Though Cohen passed away in November 2016, his work lives on. And this book is an invaluable resource for contextualizing discussions around his music and art now and in the future. Thanks also to Tintin Yang for giving it a look over. -BB

If you’ve ever wanted to know anything about Leonard Cohen, there is perhaps no better place to start than with Ira B. Nadel’s Various Positions: A Life of Leonard Cohen. What Cohen called a “benignly tolerated” biography is the result of meticulous research and incredible care, a remarkably in-depth resource on the man’s life, work, and influences.

Nadel’s research begins at the source. Written with Cohen’s assistance, Nadel plumbs Cohen’s journals and writings both published and unpublished, interviews his lifelong friends, managers, and family members, and goes so far as to visit his homes and temporary homes in Montreal, Hydra, Los Angeles, and New York. Taking the reader through Cohen’s life from before birth to his Zen and Judaic devotions at the age of 62, Nadel offers outstanding insight for Cohen’s works, those well loved and those relatively unacknowledged. His lyrical analysis of Cohen’s poetry and songs, embedded in the context of his life, reveals much from which even Cohen aficionados could benefit. While at a few moments the wealth of sources results in muddied specificity, where an attempt to condense detail leaves an incomplete story, Nadel’s writing is ultimately efficient without cutting corners.

But the strength of Various Positions is not only its extensive resource base; it requires a skilled conductor to take such a wealth of information and weave an engaging tale. There is a romance to its construction which is perhaps unavoidable when dealing with a life such as Cohen’s. Though the narrative moves chronologically, it doubles back on itself at times, repeating moments, ideas, and themes in a way that mirrors the non-linear movement of a life. In doing so, Nadel provides us with an thematic read as well a thorough biography. This could not be done without an equal attention to the biographical as well as the more sensitive and complicated details of Cohen’s life. The exploration of Cohen’s spiritual life, politics, depression, drug use, and intimate relationships is illuminating and unflinching.

Published in 1996, the work does not include the drama of Cohen’s last 20 years or deal with his passing. It also suffers from a datedness of sexual politics that would certainly be taken up differently in the present-day. Especially jarring is the mention of Cohen’s “shameless” attitude toward women, leading him to invite “women reporters to undress for him, or at least bare their breasts during an interview” (197-8). While I could have hoped for a different approach to this information (and would demand it from a contemporary publication), Nadel’s work is not one of apologetics. What he does is present us with a complex and flawed man without offering moral opinion or censure, leaving our judgments to be ultimately our own.

This is perhaps how Nadel manages to be both exhaustive and unpresumptuous in his coverage of Cohen. Despite an enviable access point into the artists’ life, he remains as elusive as ever. “The defining characteristic of [Cohen’s] career,” Nadel writes, is “movement, change, reinvention—the assumption of various positions from which he can operate in his quest for…the experience of seeing into the true nature of things” (273).  Whether or not Cohen ever saw the true nature of existence, Various Positions offers a front-row seat to the incredible amount he saw in his time. Offering unique insight for fans and noninitiates alike, Various Positions allows readers to follow the positions of Cohen’s life as closely as an outsider can. 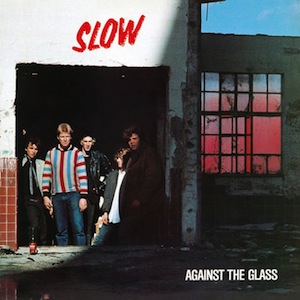