“It was at this house party,” Tom Messent, singer and guitarist for local grunge-mod rockers Kubla Khan tells me about the worst show the band ever played. “I was really drunk… on substances.”

“Yeah, I think I ate too many mushrooms,” continues bassist Reise Rooney. “My mom and little brother were in the audience, so I was freaking out… I’d say that was my worst show; that was one of my worst days ever.”

Also joining us is Danika Speight, Kubla Khan’s keyboardist. The only band member missing is drummer Adrian Long, who’s down and out with the flu. Messent has arranged for us to meet at the Marulilu Cafe, a cozy shop just off of Broadway and Cambie that provides a warm, welcome respite from the rain outside. A yueqin arrangement of Chopin’s “Raindrop” prelude No. 15 plays in the background; the effect is as odd, yet strangely familiar as the music Kubla Khan plays.

“Like a cream pie,” opines Speight on what the band’s music would be if it was a food. “A chocolate cream pie. ‘Cause we definitely have a dark flavour, but then we have the nice organ, the velvety sound which is very creamy, and that’s like the sweet parts.”

Rooney and Messent stare at each other and shrug, before laughing. “Yep, sounds good to me.”

In non-gastronomic terms, Kubla Khan’s music is a dreamy blend of ‘60s psychedelic-pop and grunge, the heavy drums and bass coupled with a soft organ lay out the foundation for Messent’s catchy chord progressions and melodic, whimsically sing-song lyrics.

Substances reoccur throughout the conversation, unsurprisingly, even when I ask about the name, which comes from the opium dream inspired poem by the famous Romantic poet Samuel Taylor Coleridge.

“I found out about the emperor later on,” grins Messent, “but I’ve always liked the Romantics and their idea of fighting against industrialization.”

The band’s music also hearkens back to the kind of rebellious, anti-establishment acid-fueled pop that was popular in the ‘60s. “White Rabbit” by Jefferson Airplane comes to mind, as well as Magical Mystery Tour era Beatles.

“My parents listened to Buddy Holly and the Beatles. Music from the ‘60s and ‘70s,” Messent recounts. “Then there was this period where popular music on the radio like Eminem and Backstreet Boys were really big and I kind of got out of music. But I thought, ‘There’s got to be good music out there somewhere.’ When I was 13 I listened to Nirvana and instantly liked it. I listened to a lot of grunge growing up and that’s how I really got into music. I remember one night when I was 13, my friends and I just stayed up all night listening to Nevermind. We were listening to ‘Smells Like Teen Spirit’ or ‘Drain You,’ and there was this bass guitar in the room. I was just air jamming on it, pretending to play the song, and I thought: ‘It’d be cool to actually learn this song,’ and eventually I just decided to buy a guitar.”

Speight explains her decision to join the band as fulfilling a lifelong dream: “I knew I always wanted to be in a band. I grew up on rock ‘n’ roll, and they always seemed so cool. It’s still cool!”

Messent and Rooney share her enthusiasm, especially when talking about recording the new album.

“Being in the studio was like a dream come true,” Messent explains with a childlike wonder. “They had all these awesome instruments to play, and these cool amplifiers: vintage shit from the ‘60s.”

“It was very different from [our] demos,” adds Speight. “It was professional. We went to Mushroom Studios, which was a pretty well-known studio in Vancouver.”

Kubla Khan were one of the last bands to record at the historic Mushroom Studios, whose former clients include Diana Ross & the Supremes and Led Zeppelin, among others.

“We were super lucky,” says Messent. “Our sound engineer was awesome. He made it so easy for us setting everything up, made us feel at home… We pretty much made the whole album with him.”

As we discuss the origins of song names from the album (including misheard song lyrics, a girl Messent met in Okanagan, and daffodils, to name a few), Speight shows me a physical copy of the album, pointing to the cover.

Messent continues, “It’s not very long, like 5 minutes. It’s called The Pincushion Man and [the album cover is] a scene from it. He’s basically this sadistic psycho who goes around killing balloon people, popping them, and the main characters are these two little balloon kids who have to stop him.”

“That’s where the name Pincushion Man comes from,” Speight adds.

As the interview winds down, we talk about what’s next in store for Kubla Khan after Pincushion Man’s release — including the two recorded songs that didn’t make it onto the album.

“They fit in style but they didn’t fit on the vinyl,” says Messent. “We’re going to put them on an EP or something. And once our album comes out, we’re going to branch out and start playing in other cities in BC. We played in Victoria, once.”

“That was great,” Rooney chimes in, “we can always do that again, for sure.”

Messent chuckles, “Next time we do it though, we’re just going to bus out there,” everyone nods at this, “You have to pay so much on the ferry.”

With the release of their debut album imminent, additional songs already recorded, and a province-wide tour in the works, Kubla Khan seem poised to live up to their conqueror name — just don’t expect them to charge into town on a ferry.

Come rock out with Kubla Khan at the Railway Club on April 4 for the album release party of Pincushion Man. 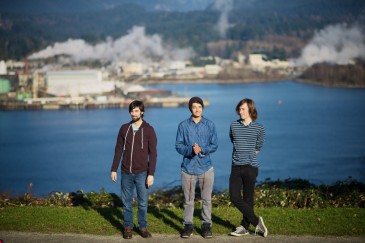 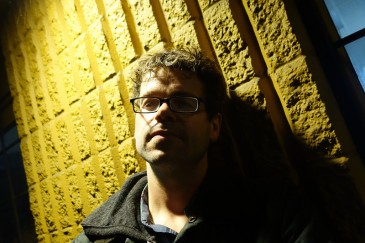