Cameron MacLeod and I sit in a booth at The Five Point, a lively pub on Main Street. He orders us a pitcher of beer and two whiskey shots, initiating a discussion of our mutual love of Scotch, kicking off a night of conversation and drinking.

MacLeod grew up an SNL kid, living in its second golden age when the likes of Mike Myers, Adam Sandler, and Chris Farley graced the screen. “Chris Farley was a big one,” he says. “I still feel he was my generation’s John Belushi.” MacLeod also admired Steve Martin and Andy Kaufman, who showed him how absurd comedy can be, and how far one could take it.

At 25, MacLeod co-created Man Hussy, his first sketch group, with an original lineup of friends Daniel Code, Steve Nelson, and Brendan Fuss. “We just hung out all day and came up with ridiculous ideas,” he says. “That’s pretty much how Man Hussy started, by us just saying, ‘Let’s just make this sketch that no one else would make.’” Speaking of his work as a whole, MacLeod emphasizes his desire to produce personal, unique projects. “I like to think I instill a love of independent comedy and doing what you want to do for the reasons you want to do them. If you think something’s funny, I want to put that out there.”

Through Man Hussy came Total Disappointment, a sketch show put on at the now-closed Royal Unicorn (currently Fortune Sound Club). “At the intermission we had live video filming from the balcony, down onto Pender Street, me in one mascot costume that was a strawberry and Dan in a giant orange costume with sunglasses, and we had a full fight in the street,” says MacLeod. “We both grab fire extinguishers from under cars and start shooting each other with fire extinguishers in the middle of Pender, and it just turns into this huge cloud of fucking extinguisher smoke with us in the middle of it just coughing horribly, because it’s the worst. And it literally stopped traffic. Like a bus and a bunch of cars stopped, because Pender Street was just a cloud of fucking extinguisher smoke. And I think that, still to this day, was one of my favourite things I’ve done in comedy.”

Besides Man Hussy, as well as other projects that have included writing for CTV’s The Party, co-writing A Classic Comedy Roast of Mayor Gregor Robertson with Sean Devlin, and acting as the Comedy Curator for the Olio Festival, MacLeod puts on The HERO SHOW, a show he’s been producing for almost four years.

“The HERO SHOW is a place for those misfit ideas that you’d love to do, but are kind of too scared to do,” says MacLeod. One of his favourite performances was from Nicole Passmore, a fellow Instant Theatre Company performer, who went onstage and re-enacted the suicide scene from The Royal Tenenbaums, cutting off her hair, pretending to slit her wrists, and throwing starbursts into the crowd like it was blood.

While The HERO SHOW allows for some improvisation, MacLeod’s work with Instant Theatre has been his most improvisational project to date. Alistair Cook, Instant Theatre’s artistic director, described MacLeod as, “Basically the comedic equivalent of a fine burgundy, smashed across an alligator skin-upholstered Marshall amplifier blasting Van Halen, powered by a fusion reactor.”

But MacLeod’s biggest project has undoubtedly been Steel Viper Force, a feature-length film he’s working on that is an homage to ‘80s/’90s action movies with over-the-top, horrible dialogue. “It’s out of love that we’re making it, but also out of comedy,” says MacLeod, explaining that everyone on the project works for free. While the feature-length film is on the horizon, MacLeod has produced a short film, Steel Viper Force: Rise of Fiero, that cost only $900. He’s been touring it around short film festivals, including the 2012 interPLAY Film Festival in Fort McMurray, where MacLeod won its Best Actor award.

As I thank him for the interview, shake his hand, and part ways, I understood the fascination with Cameron MacLeod. As Nicole Passmore says, “Cam will show up to a night where you think you’re going to have a bad time and he will make it the best time.” 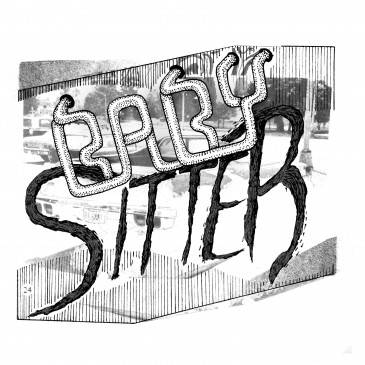