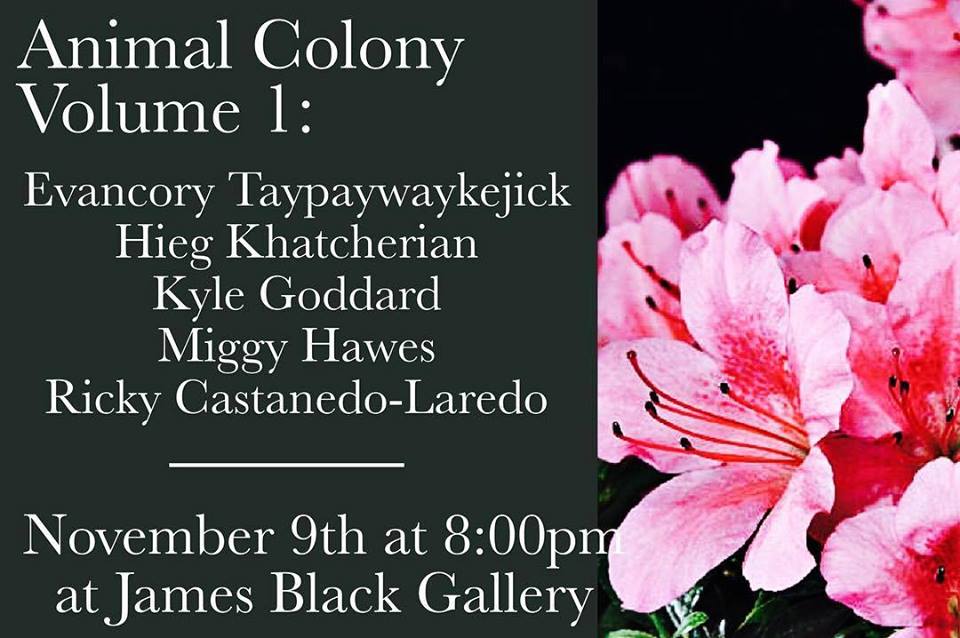 Held in the lobby of the JBG, the guitar ‘meisters’ sat in chairs at the front of the room, forming a U around the dozens of flashing lights coming from the colourful stompboxes and effects pedals that decorated the floor. With an average of seven pedals per guitarist (at least), it’s safe to assume that there was several thousands of dollars worth of equipment laid out in front of the audience.

Goddard, Taypaywaykejick and Hawes placed their cube-amps on pillars just above their heads, while the crowd sat on the floor, packed tightly towards the back of the lobby, causing some to overflow into the hallway. Once the music began, all in attendance devoted their glossy-eyed focus to the show. On the wall behind the guitarists, a projector flashed black-and-white scenes juxtaposing an array of faces of all variations. Each scene lasted no more than four seconds, skipping from a close-up of a woman in the passenger seat of a car, to the head of a monster rising up from under the water in a murky swamp, to the withered face of an older man with dreadlocks looking at the camera in curiosity.

The guitarists’ symphony of effects pedals created a roaring ambient wall of sound. They demonstrated their impressive talent in harmonizing with each other utilizing feedback manipulation, looping, delays, tremolo — the list could go on and on. As the post-rock noise ensemble went on, Khatcherian began to show a bit of leadership, as he acted as the catalyst from one aural movement to another. It was very refreshing to see a guitarist exhibition without the focus on technical guitar proficiency, but instead to showcase their knowledge of additional guitar technologies. I must also make note of Castanedo-Laredo and his very unique Sleepdrone pedal with eight separate effect knobs, used to sustain and alter frequencies amid the raucousness — in a good way.

For at least an hour, the noise continued. In fact, JBG associate Andrew Morrison — the person responsible for creating Animal Colony — tried to get Khatcherian’s attention to wrap up the show a few times to no avail. After the show, I overheard Khatcherian laugh and say, “Sorry, I wasn’t looking up that often.”

And thus, the literal definition of ‘shoegaze’ was the best word to describe it: for the entirety of the show, the guitarists stared down at those bright lights on the pedals under their feet, constantly reevaluating which combinations were going to make the coolest sound. If you’re looking for a new guitar pedal, definitely ask one of these meisters first. 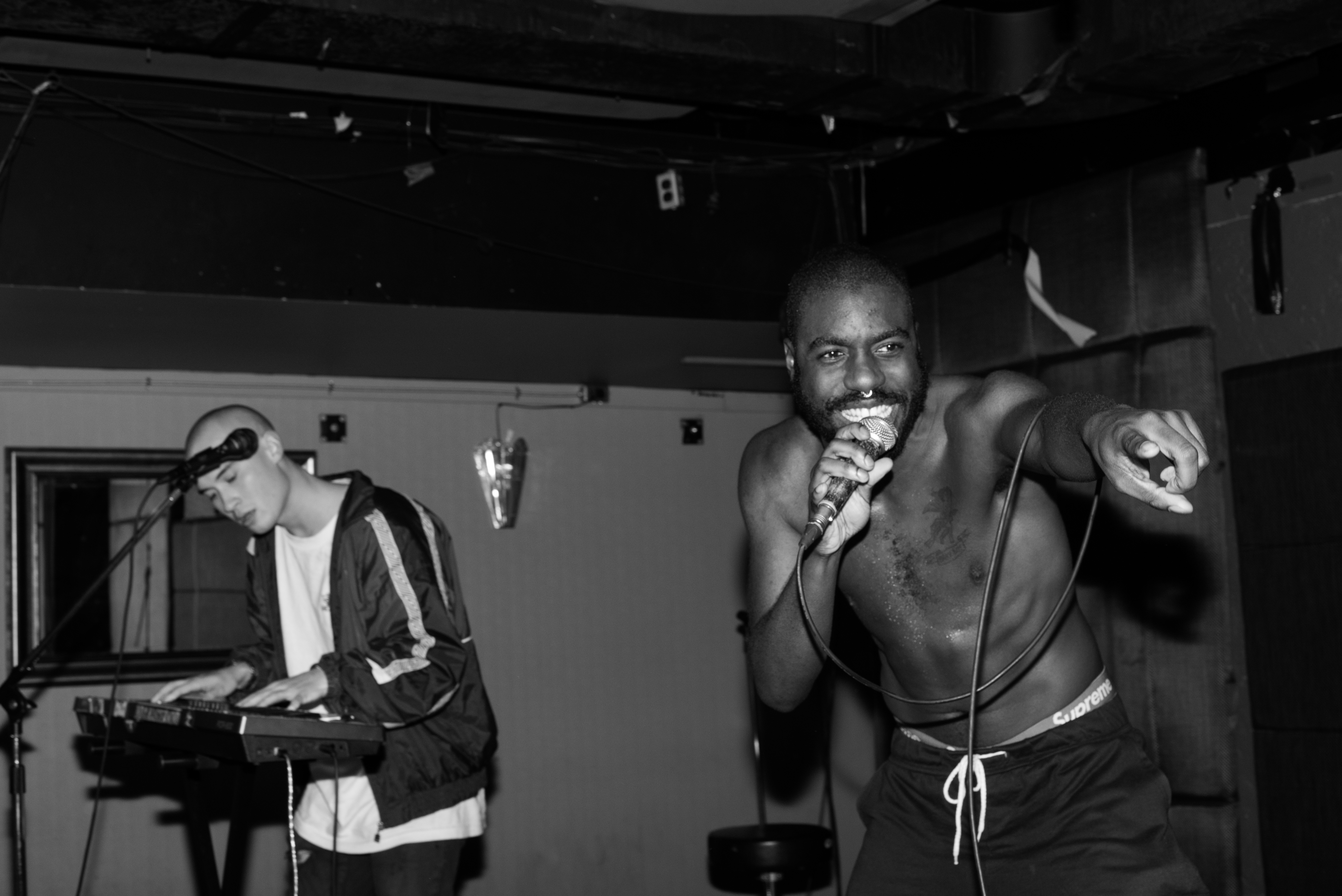 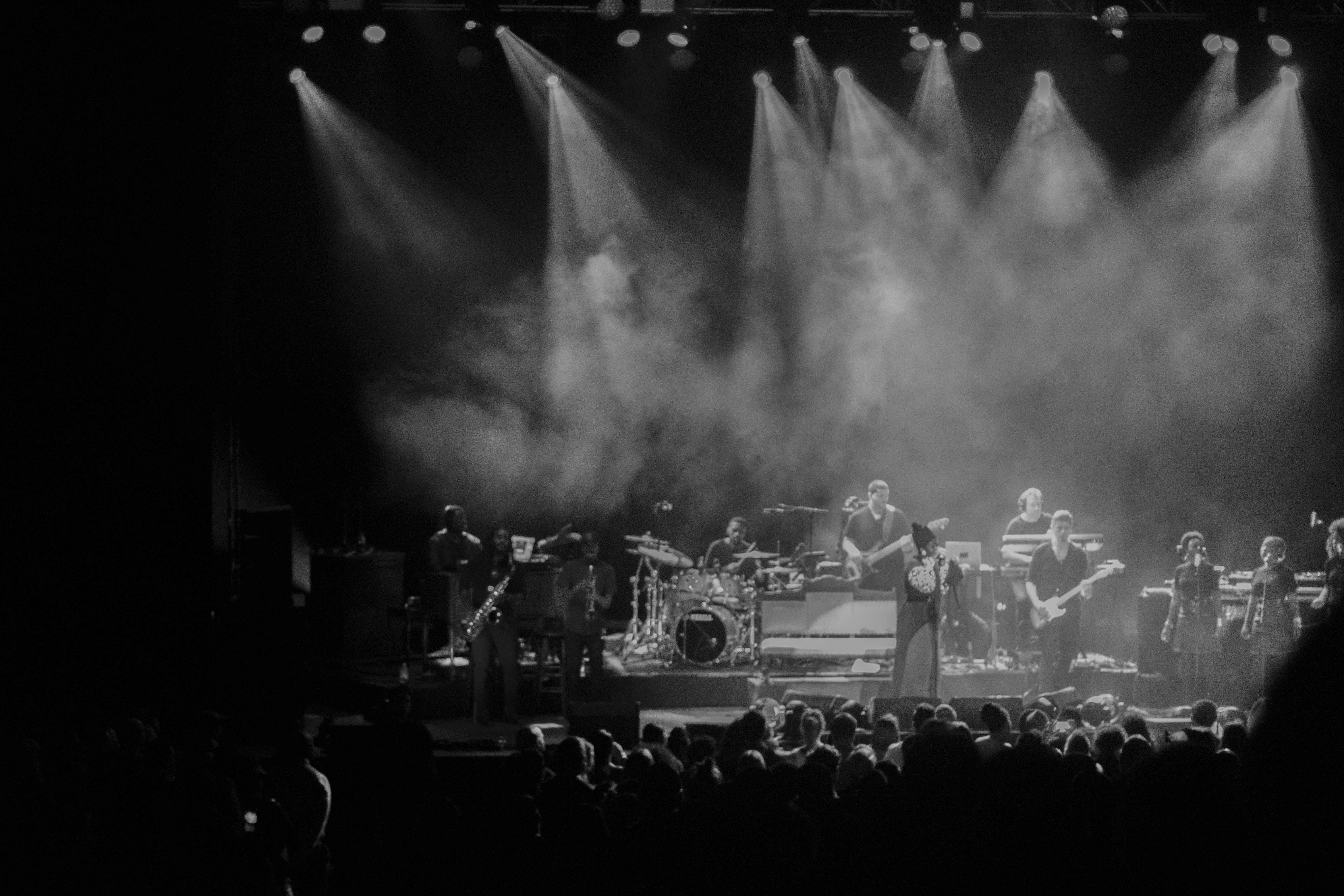