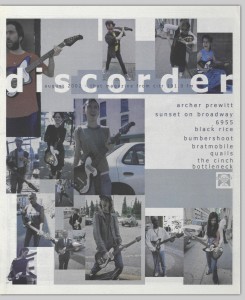 SUNSET ON BROADWAY by Brian Disagree

Sunset On Broadway are equal parts hardcore and equal parts emotion. It can be said that all forms of music are emotional, but I have never, ever heard a band as emotional as Sunset On Broadway. I’m not going to lie—I’ve only seen Sunset On Broadway play once. It usually takes a couple years to get me interested in interviewing a band, but the first time I saw Sunset On Broadway play I felt so much emotion coming from the lead singer Ron and the band as a whole that I had to speak with them. People who are not in tune to being humane might call being emotional a curse. I call emotion one of the most important aspects of being a human today. That being said, I have no band references to point you to, but you can expect to have a passionate sound experience when Sunset On Broadway meet your ears. I call that a good thing. 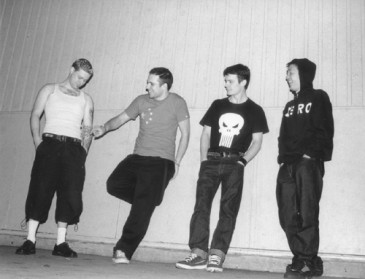 DiSCORDER: Ron, at a show you mentioned that you were a fan of video games. What was your first video game system?

Ron: Well, I’ve been playing video games for a long, long time. My first video game was probably the Atari system when I was like five. I played Joust and Hangman and Choplifter, too.

Chris: My first video game experience wasn’t actually mine ‘cause my parents didn’t have the money at the time. My best friend growing up when I was a little kid had a Commodore 64. So it was all about Wizard of Wor—that was a rockin’ good game. What was the one with the chessboard?

Chris: Archon. It was all about Archon.

Ron: Actually, for me it was that way too. My parents didn’t have that much money when we were growing up, but my cousins were kind of well off and they had the Commodore 64.

Did you get more systems, the newer systems? What happened after that point, did you become addicted?

Chris: I’m kind of a minimalist geek. So I’ve done away with the home based systems, now it’s all just about the Gameboy Advance so I can take it where I want to go.

Ron: We’re thinking about bringing video games with us on tour. Kevin the drummer is not too obsessed. He likes certain games. The systems right now that are hooked up are Xbox, Playstation 2 and Gamecube. Final Fantasy is our game. I bought the PS2 so I could play Final Fantasy 10. 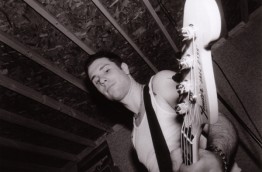 Chris: So we could get song material.

Ron: Yeah, that’s where I got the song material from. We fell in love with Lulu and Riku. Chris and I spent 60 hours playing that game, trying to get everything. There was this time when there was this thing you had to do where you had to skip lightning and basically the screen would flash and then you’d press the X button and we spent five hours and we almost had epileptic attacks.

Hey, anyone listening to this interview has to keep in mind: Chris, he likes the D&D. He’s one of those guys that will go into sewers and pull out the swords and fight each other. [Laughs] No, just jokin’.

Ron: Not Three Inches. What’s that’s group that hangs out and has the all-night battles?

Chris: Yeah, a group in Victoria does it. It was really cool, they make these swords and if I was living in Victoria I would totally be doing that. 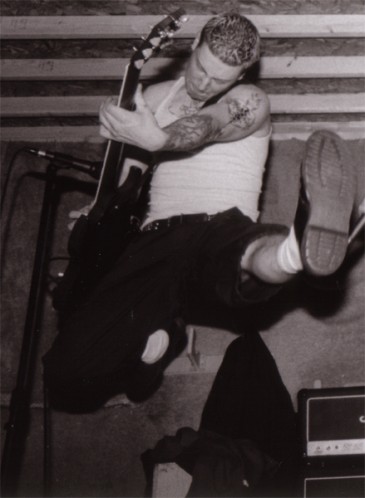 While listening to your song “New Year’s Eve” I couldn’t help but notice that being completely happy for you doesn’t happen very often. Am I correct?

Ron: There are few times I really actually enjoy myself. I don’t go out very often. I’m not a very much of social person. You can probably link that back to video games and playing video games and being a geek all my life. I’m really uncomfortable around people. So I’m not really much into partying because I don’t drink and I’m not really into the drug thing.

Chris: Although that song came about because of drinking.

Ron: That’s where the lyrics for that song came from because it was one of the days I actually really enjoyed myself going out and those happen really rarely. It was incredible. I didn’t have to drink, I wasn’t inebriated in any sort, but I had an awesome time and I had lots of fun with my friends. Most of the time having fun with my friends meant playing video games, so it was nice to get the other aspect of hanging out with other people in different scenarios.

In your song “Thank You,” you are telling someone that you will make them proud. Could you tell me about this life-changing event in your life that you are speaking of?

Ron: It’s supposed to be my parents because they put a lot of pressure on me. They made a lot of sacrifices for me to have opportunities. They left Mainland China where they had… there’s not a whole world of opportunities, but they had good jobs. They were doing well. My dad was successful. He was very intelligent, he was doing well at a school there and everything, and they gave up all that up for my brother and I. For a long time I didn’t appreciate what they did to me and how they treated me because I was caught in a cultural dilemma. My dad works 16 hours a day and he doesn’t really interact with society, so he doesn’t know what’s going on. He still has the viewpoint as if he is living in China and he puts me under a lot of those kind of cultural restraints. Now that I’ve lived on my own, I see the world differently. There was no specific life-changing moment. I don’t really think I have ever said “thank you” for what they did to me so I wrote that song about them.

At the end of your song “Just Cause” I couldn’t help but keep wondering what makes you struggle and want to survive in life. Could you tell me what it is?

Chris: What song is that?

Ron: “Thomas Crown Affair.” We have different names for every song because I don’t really tell them the song names so they’re surprised, that’s probably the first time they’ve ever heard the name of that song. But the perspective on that song is that I don’t like to preach, I don’t like to use the word “You” at all in our songs. I want to do more self-indulgent… not indulgent… self-investigating things. I’d rather use the word “I” and question myself before I question someone else. So “Just Cause” is my observations about people jumping onto causes, and whether or not they had the conscience, the intelligence and the knowledge to do that or were they just doing it because it was a fad?

In your song, “I Wait” I couldn’t help but notice that you are feeling the same as I. It seems to me that you are wondering when you will pass on and life will finally end and if you’ll leave on a good note or a sour note. Is this true?

Ron: That’s not more like I want to see what’s on the other side, that’s more of my perspective on anxiety. If anyone has had anxiety they kind of know, I guess, depending on the extremities of it. I just gave anxiety kind of a personality in that sense. When I used to get them [anxiety attacks] I used to get them quite often and I’d be on my guard. I would have to wait every night and see if it would come and whether I was going to be able to make it this time… That was kind of my battle against myself: I am sticking up for myself and saying, “This is it. I’m going to take it on. I’m waiting for you. Come on, bring it on.”

What do you think started your anxiety attacks? 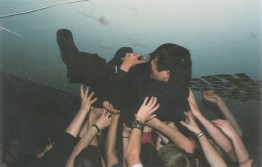 Chris: I’m kind of in the same boat as Ron. Ron and I have talked about it a lot and I think for both of us it was originally caused by taking lots of things that were affecting chemicals in our brains. Once you’ve had one I think that the anxiety attack itself is enough to bring on another one.

Ron: And you’re on edge.

Chris: Yeah, and you’re totally on edge and so you are kind of just waiting for the next one to happen, kind of preparing yourself. But at the same time in the preparation you are sort of bringing one on and the first time is a major cause of any more that follow.

Ron:  I think both Chris and I have matured enough and have gotten grips on it hopefully.

Chris: I think touring was a big thing. I was really afraid of that.

Ron: Yeah, I was afraid of touring too.

Chris: And we did it and we were fine. That was great. • 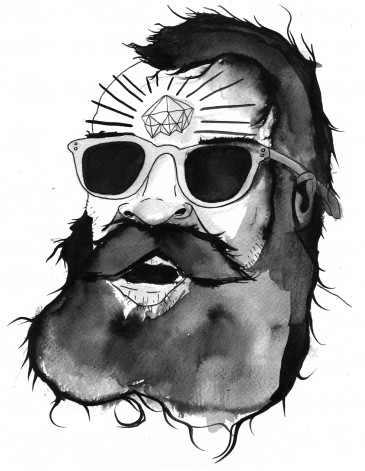 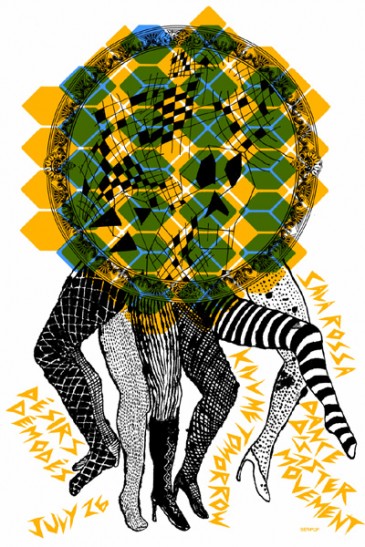