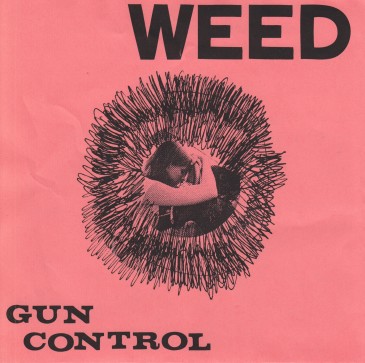 Weed have shown significant growth in their sound on their latest EP Gun Control. This is Weed’s first release as a full band as Will Anderson is joined by Kevin Doherty on second guitar, Hugo Noriega on bass and Bobby Siadat on drums, and the group is reaping the benefits of a fuller and certainly more abrasive sound.

Opener “Tie to Everything You Own” roars out of the gate with a ferocious blast of overdriven guitar noise anchored by the sturdy rhythmic base that Noriega and Siadat provide. The guitar playing throughout owes a debt to J. Mascis of Dinosaur Jr., as each of the EP’s four songs are awash in wave after wave of heavily distorted melodies.

The deliberately lo-fi production quality accentuates the sheer volume that the collective generates as Anderson’s vocals blend with the noisy assault. As a result, the lyrics for the majority of Gun Control are largely indecipherable, but thankfully the vocal melodies remain discernible.

Of the four tracks, “Ben’s Tour” leaves the greatest impact as its surging central riff coupled with its quiet-loud dynamics remind one of Siamese Dream-era Smashing Pumpkins, while Anderson delivers an Cobain-esque drawl on the closing track, “Even Black.”

Gun Control oozes with catchy riffs, confidence and purpose, and with it Weed proves that they have only begun to flourish. 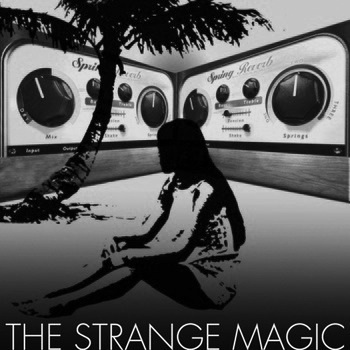