Riding a wave of hype that their lo-fi surf rock has garnered over the past year, Vivian Girls hit the Biltmore for their first headlining show in Vancouver.

Local act Cosmetics started things off, kicking into a brand of slinky, dark sounding New Wave that departed from the fuzzy, sunshiny jams that would dominate the rest of the evening. I wasn’t overwhelmed the first time I saw them play, but picking up a live drummer between then and now has really done wonders for their live show, giving the wonderfully nonchalant vocals and syrupy synth work a contrasting kick in the rear.

Recorded, Best Coast is usually a one-woman affair, but the live incarnation featured Bethany Cosentino backed by another guitarist and a drummer. The guitars were still awash in the lo-fi buzz that’s marked her recorded output thus far, but unlike the headliners, there wasn’t any effort to replicate the heavily reverbed vocal harmonies. While that made the live Best Coast experience a little different than the recorded one, great songs tend to stand on their own even without any studio tricks, and Cosentino’s beach party anthems were no different. There may have been two people in the room who disagreed with that statement, as during “Feeling Called Love,” a couple of guys got bored of listening and decided they’d rather scrap (don’t worry, neither of them were throwing the kind of punches that could hurt anybody).

Vivian Girls started off their headlining performance by announcing the theft (and subsequent return) of one of their reverb pedals. With the effect plugged back in and ready to go, the three-piece, who were also sometimes joined by Beth Cosentino, launched into a set of their own lo-fi girl-group tunes. They were tighter than the last time I caught them, which meant that they spent less time looking at their instruments and more time engaging the crowd, but the stylistic similarities to Best Coast didn’t do them any favours. They certainly weren’t bad—in fact, they were pretty good—but their set also seemed a little too much like a second-rate version of what had come right before. 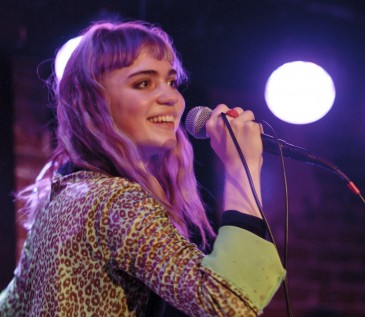 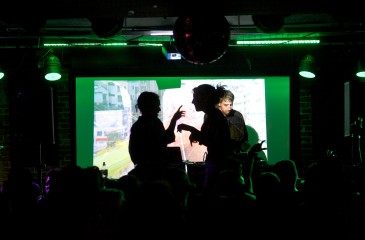