Threat From Outer Space label their live show as a ‘barn-burning dance floor graveyard” and damned if they don’t make the energy transcend the boundaries of stereo speakers, bursting through with the shoulder-bobbing, booty-shaking new album, Bleeding the Dying Elephant. The five-piece from East Vancouver take elements of rap, hip-hop and indie pop and set them against a grand backdrop of humming, synthesized beats and grand flourishes of trumpet. The sound is familiar to more mainstream fare, but the unique rhythms keep things fresh. One of the album’s best tracks, “I’ll Get Over,” brings on the funk with searing trumpets while another stand out; “Beginning of the End,” the album’s closing track, brings the volume down with a voice that’s almost a dark whisper, before flaring into a full-bodied chorus layered with electronics. “5:40 AM” is exactly the kind of song you want to end the party on with its slow groove and subtly suggestive beat. “Stay Awake” offers sinfully slow bass and an awesome Q & A chorus to counteract the track’s sing-speak resonance. Even the lyrically tired “Guesswork,” which is a recycled groaner like “9/11 was an inside job,” can’t mute the pulsing beats and charming brass that pushes the song from mediocre to good. “Worldwide” attempts to highlight the global intricacies of war, environment and poverty—it’s pretty far-reaching, and at times feels more like a sermon than a solution or exploration, but at least it’s thought provoking. Threat From Outer Space’s socialist approach to making music lists the “key players” in the band, but doesn’t isolate the contributions. It’s just one more oddly confounding detail about this East Side gem. 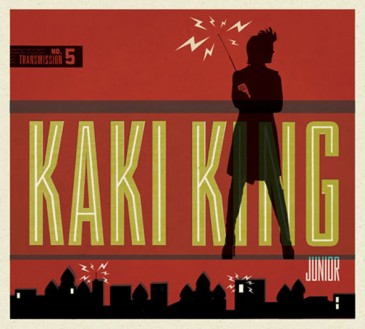